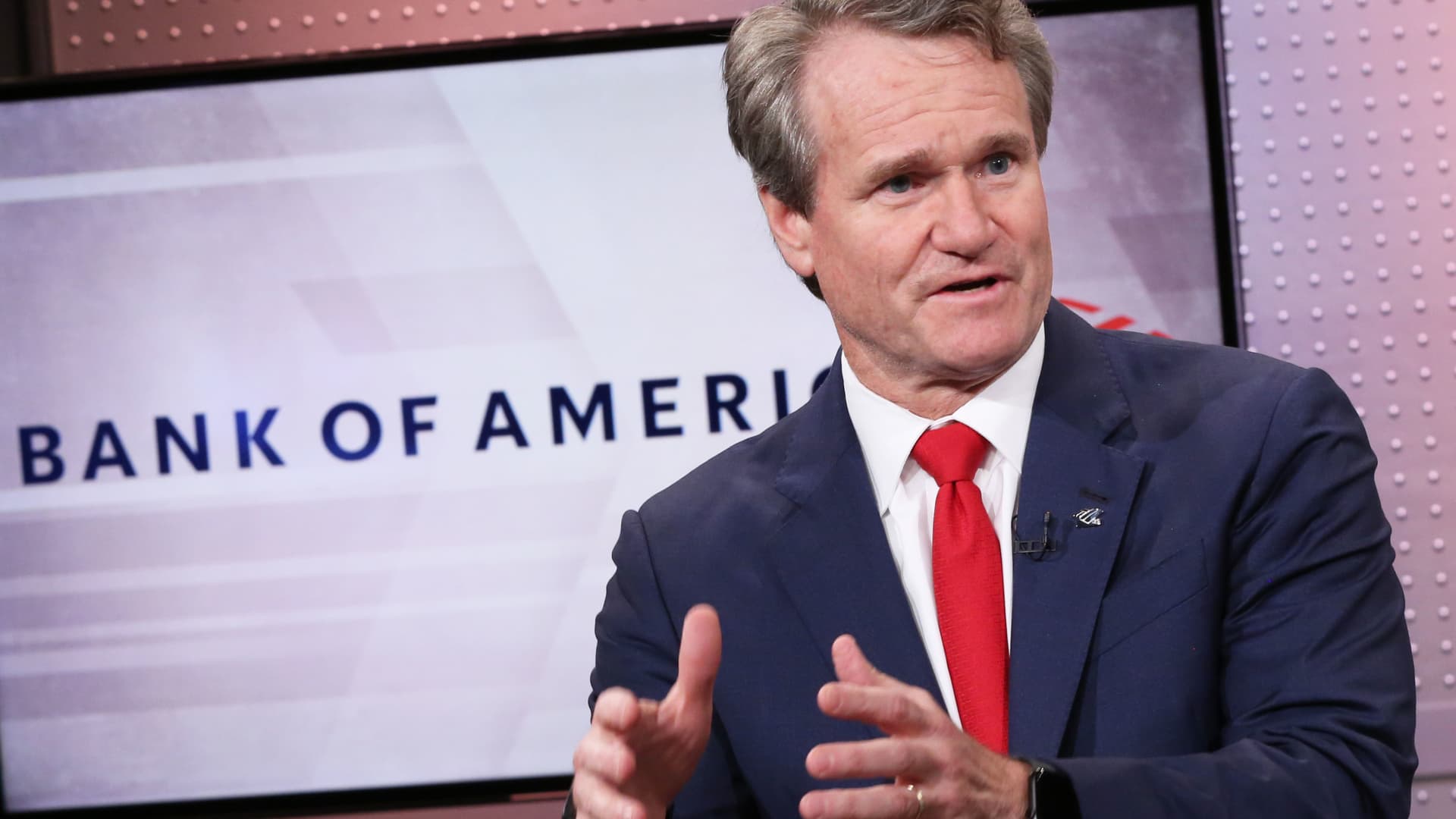 Here are the key metrics compared with what Wall Street expected:

Wells Fargo’s solid 4Q and planned share buybacks support our thesis for the stock, as shares climb
Zev Fima
an hour ago

The results were boosted by sizeable gains in interest income thanks to higher rates and loan growth in the fourth quarter. The bank reported $14.7 billion of net interest income, up 29% year over year but slightly below Wall Street expectations of $14.8 billion, according to StreetAccount.

That gain helped offset a decline in investment banking fees, which fell more than 50% to $1.1 billion. That result was largely in line with expectations, according to StreetAccount.

However, the bank did guide for net interest income to decline sequentially in the first quarter of 2023.

Shares of Bank of America rose 2.2% on Friday.

“The themes in the quarter have been consistent all year as organic growth and rates helped deliver the value of our deposit franchise. That coupled with expense management helped drive operating leverage for the sixth consecutive quarter,” CEO Brian Moynihan said in a statement.

Bank of America was supposed to be one of the main beneficiaries of the Federal Reserve’s rate-boosting campaign. But bank stocks got hammered last year amid concerns a recession was on the way.

The bank implemented a $1.1 billion provision for credit losses, up $1.6 billion compared with the same quarter in 2021, but said net charge-offs remain below pre-pandemic levels.

Notably, that was below the $2.3 billion provision for credit losses from rival JPMorgan Chase, but Moynihan said Bank of America is similarly expecting a mild recession.

“Our baseline scenario contemplates a mild recession. … But we also add to that a downside scenario, and what this results in is 95% of our reserve methodology is weighted toward a recessionary environment in 2023,” Moynihan said on a call with investors.

On the consumer banking front, Bank of America reported that balances were roughly flat, while credit card and debit spending rose 5% year over year. Average outstanding balance on credit cards climbed by 14%.

Average loans and leases for the whole bank rose 10% year over year, while the same metric for consumer banking rose 6%.

The global wealth and investment management business saw total revenue increase marginally even as average deposits declined. Net income for the segment was down 2% year over year.

Revenue from fixed income, currency and commodity trading was another bright spot, rising 37% year over year.