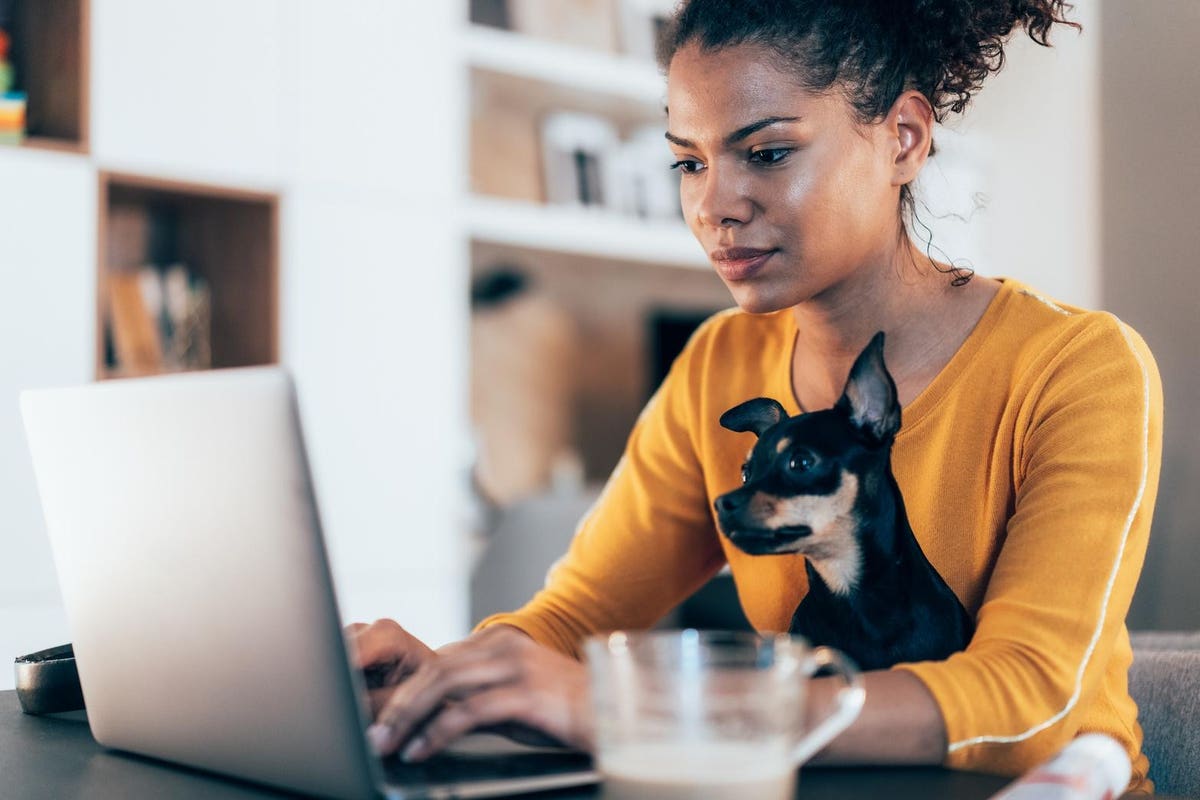 The COVID-19 pandemic-induced push into working from home (WFH) now seems to be a permanent part of the labor market, according to some experts. But others think business cycles and employer needs may eventually push more people back into the office. While WFH is clearly important now, it could change, given the divergent interests of workers and employers.

A recent high-level panel at the Federal Reserve Bank of Boston explored both of these views on working from home. Today’s blog focuses on those who think it’s here to stay, while my next blog will outline the view that it could diminish over time.

Futurist Alvin Toffler had a vision closer to today’s WFH, going beyond satellite offices. His 1980s book, The Third Wave, envisioned the rise of the “electronic cottage.” And in 1993, management guru Peter Drucker said “it is now infinitely easier, cheaper, and faster to do what the 19th century could not do: move information, and office work, to where the people are.” Drucker concluded the traditional office was “obsolete.”

At the Boston Fed conference, economist Matthew Kahn made it clear where he stands, with a presentation entitled “Remote Work is Here To Stay!” Kahn argued “WFH unbundles place of residence from place of work,” and that workers (especially women with care responsibilities) are willing to “pay” for it with reduced wages.

Kahn is no stranger to this issue. He published a thoughtful book earlier this year on the subject: Going Remote: How the Flexible Work Economy Can Improve Our Lives and Our Cities. Kahn is a distinguished urban economist who has written extensively about cities, work, transportation, and housing. His work is grounded in models concentrating on the complex tradeoffs and choices among those factors made by households.

His framework emphasizing individual and household choice is very representative of mainstream urban and labor economics. Kahn recognizes that WFH isn’t relevant for all work—or workers. But for highly educated workers with more labor market choices whose skills are sought by firms, WFH is desirable, and firms will need to offer it to stay competitive.

Economist Steven Davis’ data-driven presentation was in line with Kahn’s. Entitled “The Big Shift to Remote Work,” Davis presented data on the “forced experiment” for companies of significant WFH caused by the pandemic. He notes how nervous firms were (and still may be) about WFH. But 42.5% of firms in a survey said WFH has been “hugely” or “substantially” better than they expected in terms of productivity and overall satisfaction.

Davis agrees workers are willing to give up some wages for WFH. His data show an average reduction of around 5% of pay, slightly higher for women and those with children under 14. Again emphasizing individual labor market choices, Davis concludes “people will sort by desired working arrangements and across employers.”

He also agrees with Kahn and others that “the benefits of WFH will be realized mainly by the well paid and the highly educated.” WFH will cause special problems for the “immobile urban poor” and cities, with outmigration of wealthier families hurting cities’ tax revenues and reducing the number of lower-paid service jobs supported by higher-income commuter spending.

Kahn and Davis both presented well-reasoned arguments in favor of WFH’s persistence. Anchored in a mainstream economics framework that sees labor market outcomes as choices of individuals and households, they view firms mostly reacting to those decisions and going along with WFH, especially for higher educated workers.

But what if firms aren’t just reacting to workers’ choices? What if they actively are shaping the labor market in ways that conflict with what workers want? And what happens to WFH in a slowing economy or one with significant job restructuring? Those themes were also discussed at the conference by analysts who aren’t as sure about the future of WFH. I’ll review those counterarguments in my next blog.

Oscar-nominated ‘Everything Everywhere All At Once’ features an IRS ordeal, but here’s what really happens in an audit, according to tax pros
Hate fast fashion? You can compost this new streetwear clothing line
Demand For Cold Plunge Pools Heats Up
Bill Gates is ‘very optimistic’ about the future: ‘Better to be born 20 years from now…than any time in the past’
Here’s where mainland Chinese traveled overseas for the Lunar New Year