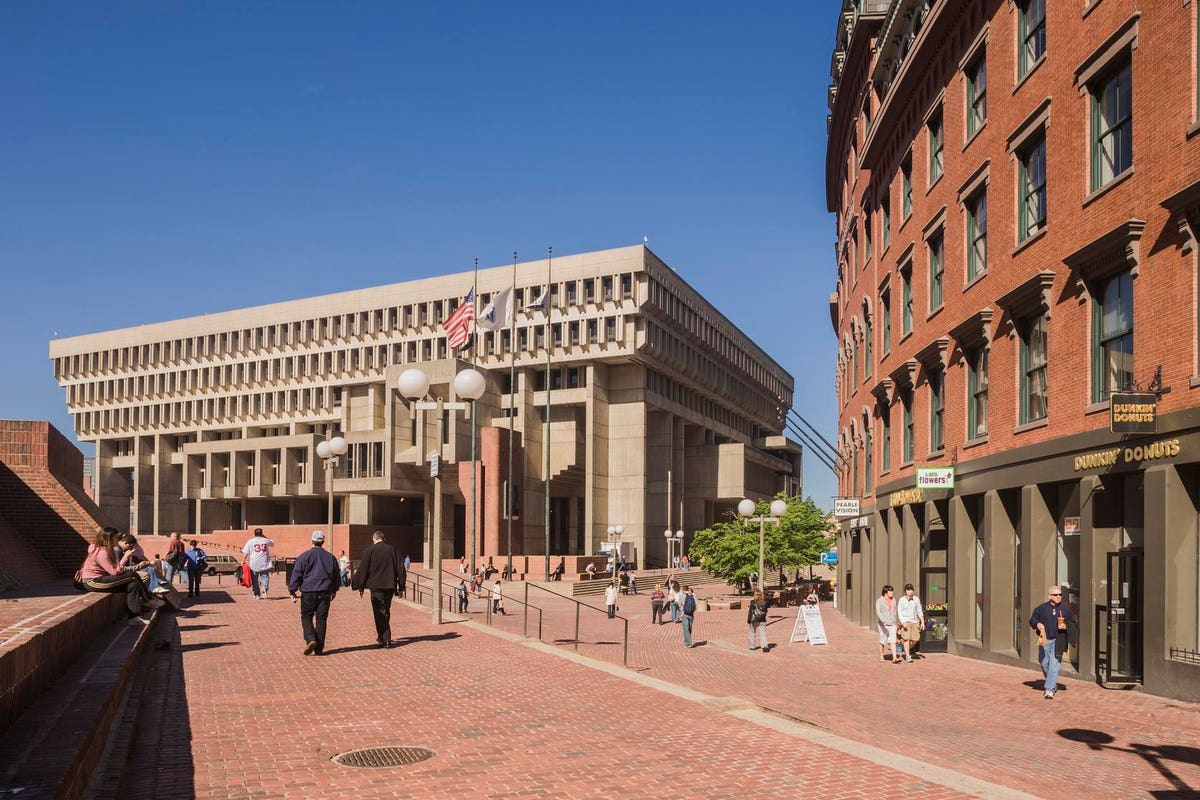 Brutalism is possibly the most-maligned architectural style of all. Maybe it’s the name: any term that includes the word ‘brutal’ is going to have detractors based on that alone. But even architecture buffs have sneered at Brutalist buildings, calling the architecture so manifestly bad that it was barely architecture at all.

Now beautiful-book publisher Phaidon is bringing us a new look at the style. Leafing through The Brutalists is an eye-opening lesson in Brutalism’s variety, creativity, exuberance and, most of all, ambition.

Brutalist design emerged from the post-war reconstruction of the United Kingdom in the 1950s. The architectural style uses bare building materials, strong, reinforced structures, minimalism, industrial elements, geometric balance, and, most notably, concrete. Perhaps the idea that best represents Brutalism is the concept that the way a building looks should represent its function: as soon as you look at a Brutalist building, you should know how it is used. For example, in the Boston City Hall, designed in 1962, the strikingly different and projected portions of the building indicate the special nature of the rooms behind those walls, such as the mayor’s office or the city council chambers.

Descending from modernism, Brutalism is said to be a reaction against 1940s nostalgia. Derived from the Swedish phrase nybrutalism, the term “New Brutalism” was first used by British architects Alison and Peter Smithson for their pioneering approach to design. The style was further popularized in a 1955 essay by architectural critic Reyner Banham, who also associated the movement with the French phrases beton brut (“raw concrete”) and art brut (“raw art”). The style was partly foreshadowed by the modernist work of other architects such as French-Swiss Le Corbusier, Estonian-American Louis Kahn, German-American Mies van der Rohe and Finnish Alvar Aalto.

Given its European roots, many of the examples of the style pictured are from that continent, including the delightful Urban Villas in Bern, Switzerland, the Villa Ronconi in Rome, the Kaiser Wilhelm Memorial Church in Berlin and the Palace of Concerts and Sport in Vilnius, Lithuania.

But we also see the Innovation Center at the Pontifical Catholic University in Santiago, Chile, the Hotel du Lac in Tunis, Tunisia and the National Gallery of Australia.

Wonderful United States examples include the Cathedral of Saint Mary of the Assumption in San Francisco, the Colburn House and the Hirshorhn Museum, both in Washington, DC.

Brutalism lends itself especially well to public buildings: the honesty and mass of the style works well for governmental and religious structures. And in an attempt to rename it and remove the negative connotation, several Bostonian architects in 2006 called for a rebranding of the style to “Heroic architecture” to distance it from the negative connotations of the term “brutalism.”

One of Brutalism’s most high-profile critics is King Charles III of England, whose speeches and writings on architecture have excoriated Brutalism, calling many of the structures “piles of concrete” and likening them to “a monstrous carbuncle.”

Although the Brutalist movement was largely over by the late 1970s and early 1980s, it has experienced a resurgence of interest since 2015. Many of the defining aspects of the style have been softened in newer buildings, with concrete façades often being sandblasted to create a stone-like surface, covered in stucco, or composed of patterned, pre-cast elements. These elements are also found in renovations of older Brutalist buildings, such as the redevelopment of Sheffield’s Park Hill in South Yorkshire, England.

Perhaps, if we give it a better name, more people will learn to appreciate Brutalist architecture. Or maybe time will teach us to love what make this style so compelling.