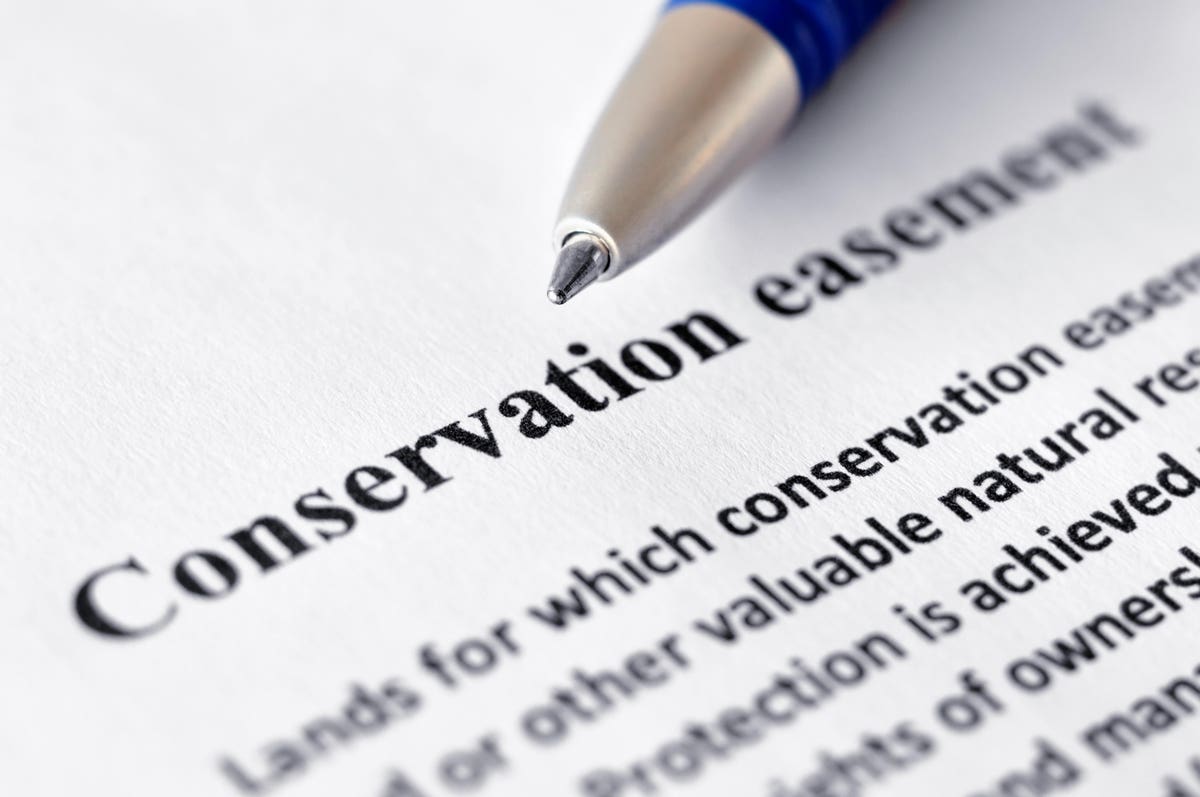 The reporting regime that listed transactions are subject to is so intimidating and the penalties so nasty that they inspired Reilly’s Fourteenth Law of Tax Planning – If something is a listed transaction, just don’t do it. Of course, the listing requirement was not enough to stop the syndicated conservation easement (SCE) industry. Thanks to the Green Valley decision, Notice 2017-10 may no longer be a problem as the Tax Court ruled that the IRS did not jump through the right hoops in issuing it.

The APA provides that for certain regulatory actions federal agencies need to go through a “notice-and-comment” process. It is a three step process. The agency must issue a general notice of proposed rulemaking. Then it must allow interested persons to participate. And finally when it issues the ultimate rule, there must be a concise and general statement of its purpose.

Not every rule is subject to the “notice-and-comment” process. The IRS thought that calling shenanigans on investors getting to deduct more than 2.5 times their investment as a charitable deduction for a partial interest in a recently acquired property was not such a rule. It turns out that the judges on the Tax Court mostly think IRS was wrong. Two judges dissented. To get a feel for the arguments take a look at IRS Loses Battle In War On Conservation Easements by Guinevere Moore on Forbes.com. It is all very lawyerly.

This is not the first time that APA has been used against the IRS in the conservation easement fight. In the Hewitt decision in the Eleventh Circuit nearly a year ago the court invalidated a regulation interpreting the perpetuity requirement. In the Court’s opinion Treasury had not given sufficient consideration to a comment submitted by the New York Land Conservancy.

Because Treasury, in promulgating the extinguishment proceeds regulation, failed to respond to NYLC’s significant comment concerning the post-donation improvements issue as to proceeds, it violated the APA’s procedural requirements

The final regulation was published on January 14, 1986.

That was some really sharp lawyering to get a regulation that had been in force for over thirty years blown up, because one of the comments on it had not been adequately addressed. They have not convinced the Tax Court and the Sixth Circuit and the Oakbrook Land Holdings decision has created a circuit split. An appeal to the Supreme Court on Oakbrook was filed last month. Still given that a lot of the action in the SCE arena is in Eleventh Circuit territory, Hewitt was a big win for the industry.

The Other Taxpayer Win – Sort Of

Last month I covered another case that is being cited as a taxpayer win – Champions Retreat. The Tax Court had originally agreed with the IRS that there was not enough of a conservation purpose, but the Eleventh Circuit showing an affection for squirrels and the scenic enjoyment of boaters did not agree. So they had the valuation fight in Tax Court, which the tax press seems to have generally scored as a taxpayer win.

They have a good argument. The original contribution deduction was $10,427,435 and the IRS wanted to allow $20,000. Judge Pugh relying mainly on the taxpayer’s appraiser allowed $7,834.091. Nonetheless, my back of the envelope computations indicated that whatever gain the investors had from the deal may have been wiped out from the adjustment. When they get their assessments they might not feel like winners.

Still most of the deduction was allowed. And once again it appears that IRS was out lawyered. As Bryan Camp explains in Lesson From The Tax Court: Fake It Till You Make It, the taxpayer’s expert was not the best, but the IRS expert was worse. Reminds one of the joke about two people being chased by a bear. You don’t have to be faster than the bear. You just need to be faster than the other guy.

Judge Pugh ended up mainly following the appraisal of Claud Clark III. In a footnote she mentions that the United States had filed a complaint against Clark in another case, but feels bound to ignore that because neither party raised the issue. As Camp notes once the taxpayer lawyers convinced her on highest and best use she was mostly stuck with the Clark appraisal, because the IRS only presented an appraisal based on their theory that the property was essentially already at highest and best use.

Judge Pugh expressed her frustration with the IRS not giving her much in the way of an alternative to Clark’s valuation. She notes that IRS criticized Clark for not explaining why two sales could not be used as comparable, but that it did not offer its own explanation as to how the sales were comparable. This left her with nothing but to follow Clark’s subdivision method.

One of my sources indicates that what we are seeing is the large amount of money that the SCE industry is able to throw at these cases. That is why the IRS is out lawyered,

How Significant Is The Downfall Of Notice 2017-10

The industry may be ready for that. Hale E Shepard, an attorney who represents taxpayers in SCE cases has been a strong critic of the IRS approach to the cases authored an article titled CONSERVATION EASEMENTS, LEGITIMATE RISKS, AND TAX RESULT INSURANCE in 2020. One of his observations is:

The IRS received significant public input to the proposed and temporary regulations, which came in the form of written comments. A large percentage came from insurance companies and groups. They, along with other interested parties, urged the IRS to remove or modify “contractual protection” as an indicia of tax shelter activity.

Will that mean another regulation on the chopping block?

It has been over two years since the Senate Finance Committee issued its report on syndicated conservation easements. My biggest takeaway from the report was the comment that the “engine of every syndicated conservation-easement” is an inflated appraisal. Yet I have to admit there is something to the comment Hale Shepard made in a recent Tax Notes article – Valuation, Highest and Best Use,

Despite its indignation about the supposed scourge of inaccurate valuations, the evidence might lead one to conclude that the IRS has done everything in its power to avoid addressing the valuation issue

From what we can see in court activity IRS has focused on blowing up deals based on foot faults like the perpetuity requirement or flaws in return preparation. When valuation comes up it is in relation to how much the penalties should be which is where we see evidence of the “scourge of inaccurate valuations”. In a summary judgement ruling in the case of Donald W. Thompson, Judge Lauber notes:

In December 2013—days before the contribution of the easement—PES indirectly acquired a 99 percent interest in the property for $1,039,200, suggesting a 100 percent value of roughly $1.05 million. Mr. Barber’s before value ($1.128 million) corresponds roughly to this figure, and Mr. Wingard’s before value ($3.9 million) is not at all close to it

Mr. Barber was the IRS appraiser. The original deduction claimed was $6.9 million, Unfortunately the original appraiser died and apparently took the recipe for his secret sauce to the grave leaving the taxpayer to another appraiser who could only justify a three-fold miracle.

Champions Retreat was a 2010 deal inspired by the 2009 Kiva Dunes decision which was a 2002 deal. In both those cases you had entities that had owned golf courses for a significant amount of time. They brought in investors who could use the charitable contribution that might be available from renouncing residential development which would be bad for the birds at Kiva Dunes or the squirrels at Champions. If that is as far as the Kiva Dunes precedent went, it would not have spawned the flood of deals that are documented in the Senate Finance Committee report.

Will IRS Up Its Act?

The IRS may have lost its listed transaction tool. It will likely be harder to blow up deals for technical foot faults. The legislative solution that keeps not getting passed would not address valuation abuse outside the syndicated deal space. On an optimistic note, Tax Court judges have hinted that maybe the price paid by the promoters for the property is kind of relevant in determining what fair market value might be.

One of my sources, who is rather passionate about valuation issues, wrote me a rather discouraging “appraisal” of the current state of things.

The IRS is horrible in litigation as their attorneys have no practical valuation experience or understanding. The petitioner attorneys are working them over. You are correct, there are no real valuation cases.

They told me that the latest deals are for property that might be suitable as solar farms. The promoters are prepared to argue that they were able to acquire the property favorably because the owners were unaware of that possibly lucrative opportunity. I guess stopping solar farms is the next stage in the greening of America.

Oscar nominations: ‘Everything Everywhere All at Once,’ ‘Top Gun: Maverick’ among leaders
Tax filing season has kicked off. Here’s how to get a faster refund
As interest rates climb, here’s why proposed caps on debt may not help reduce costs for consumers
Bill Gates says no country ‘gets an A’ for its Covid pandemic response—including the U.S.
Southwest CEO maps out a recovery after holiday meltdown: ‘We have work to do’