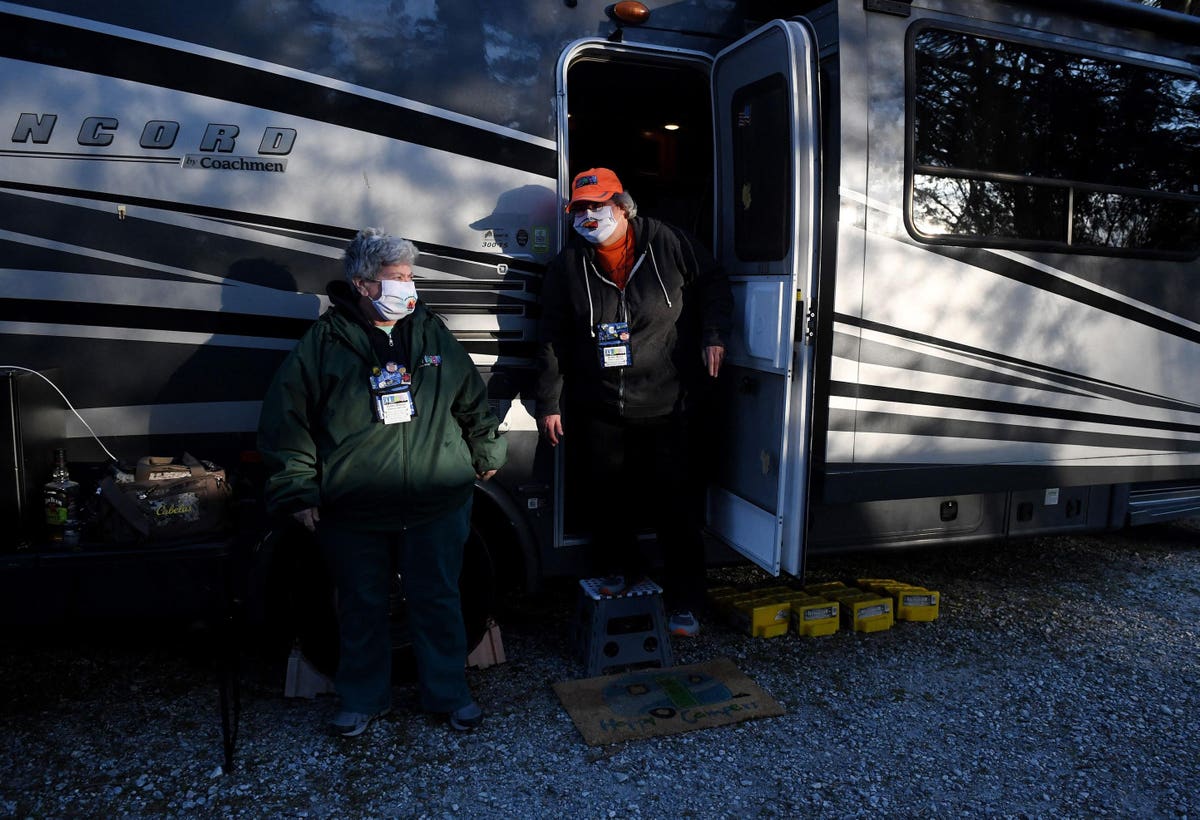 Shocking that a movie about discarded older people could win an Oscar! And not just any Oscar — Best Picture! “Nomadland’s,” starring Frances McDormand and directed by Chloe Zhao, prize means millions more people will watch the movie and learn about Amazon’s “CamperForce program” and the roaming ‘nomads’ who work there, especially older workers. McDormand’s character, Fern, lives out of a van and takes on low-paying jobs instead of claiming Social Security early and living in poverty. The average Social Security benefit at age 62 is $1,130 a month, or just $13,560 a year.

Fern’s fictional story is loosely based on the real-life accounts in Jessica Bruder’s nonfiction book, Nomadland: Surviving America in the Twenty-First Century. Most of the older workers Bruder interviewed took to the road after the Great Recession wiped out the little retirement savings. They couldn’t pay their rent or mortgage. Now, we see the COVID-19 economic crisis exposing – again – the flaws and fault lines in both our labor market and retirement systems that often abandon older workers in a life of insecurity.

I hope this is not the plot of another star-studded movie. But, worthy of the bright lights is the scary prediction that If we do nothing to fix our retirement system, 43 million people now in their fifties and early sixties will be poor or near-poor elders, owing to both the recession and to inadequate retirement plans. Widespread retirement insecurity weakens older workers’ bargaining power. Without a solid fallback plan, older workers must accept whatever wages are offered.

Clearly, the retirement crisis preceded the COVID-19 pandemic. Even in the 2014 – 2019 hot economy, millions of older workers face a choice between earning insufficient wages under bad working conditions or retiring without adequate income. Since half of workers fall into retirement involuntarily, retiring without adequate savings is not their choice.

Working at older ages is not always the workers’ choice even though the media presents it that way. Employers assess the desirability of older workers. This uncomfortable fact challenges the the idealized vision of work at older ages, which includes free choice by older people, seniority in the workplace, control over hours and pace of work, and a dignified retirement. These are benefits available only to a privileged upper class of older workers. It’s a far cry from scenes in Nomadland, where we see Fern laboring in Amazon warehouses, cleaning bathrooms in a national park, and doing back-breaking work on a beet farm.

The movie blows open the inconvenient truth — working longer in low-paying jobs is not the solution to the retirement crisis. In reality by age 65, most older workers have already claimed Social Security; not because they are ready to retire but because they need another source of income to supplement low wages. Our research shows that more than half (54%) of older workers who claim Social Security while they are still working, do so to supplement low wages.

Is The 20% Mortgage Home Down Payment Dead In 2021?
Amazon Prime Day starts soon. These are the top deals so far
15 Strategies For Succeeding In A Saturated Real Estate Industry
Read SpaceX president Gwynne Shotwell’s speech to 2021 graduates, urging US educational reforms
The Federal Reserve now forecasts at least two rate hikes by the end of 2023