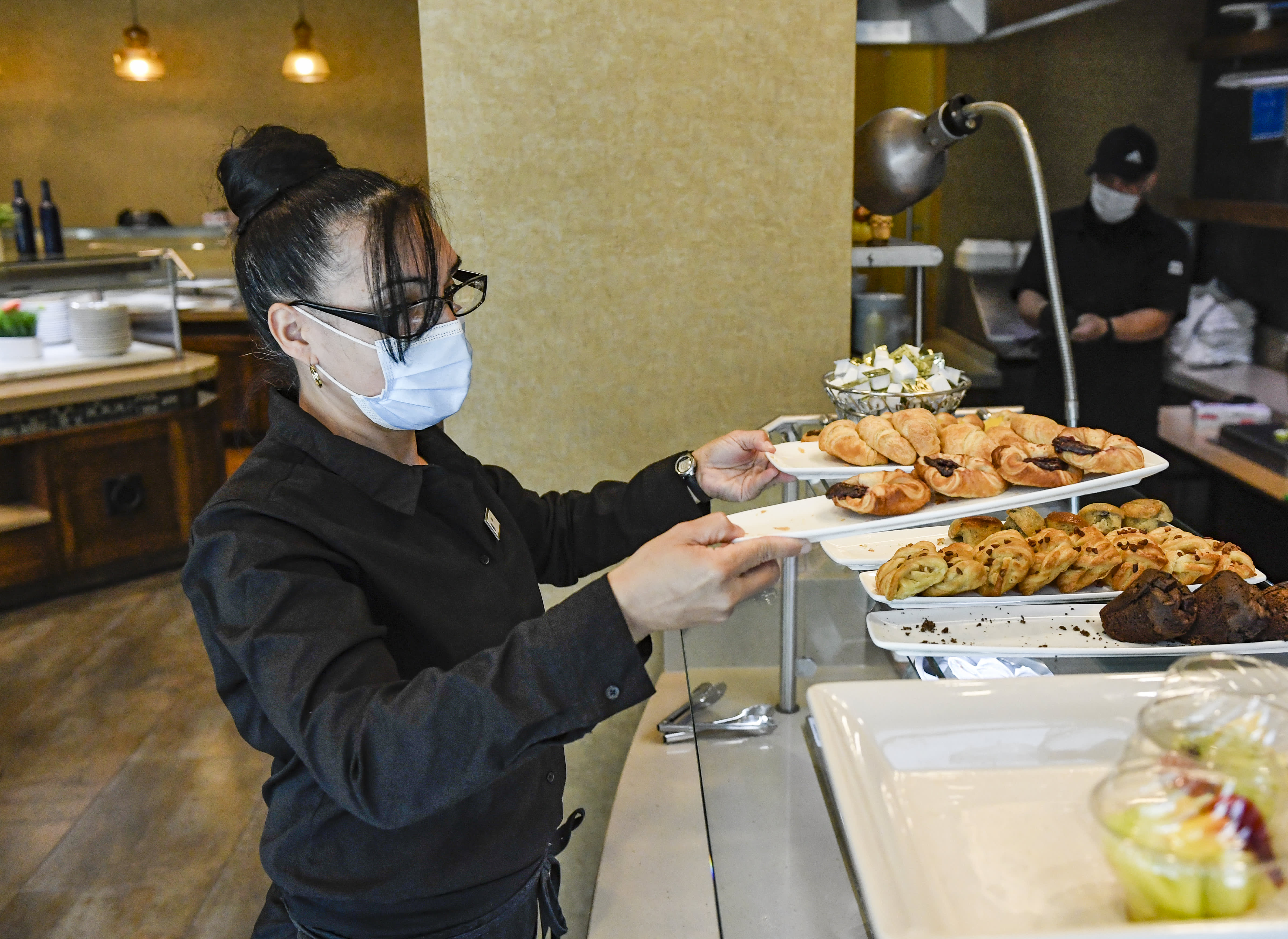 The stunningly disappointing April jobs report shouldn’t be taken as an indictment against the fast-moving economic recovery but shouldn’t be dismissed as merely a one-month blip either, according to Wall Street economists and market experts.

A confluence of factors helped explain the weak Labor Department count that showed nonfarm payrolls grew by just 266,000 in a month that forecasters expected to see 1 million.

Among them: Low labor supply caused by a lack of qualified workers, reluctance of some to go back to work because of Covid-related fears and the continuation of enhanced unemployment benefits, and seasonal factors that skewed expectations for job creation.

“The main thing we learned in this reopening trade was that we thought it was going to be this smooth trend of all this good stuff happening. What we’re starting to realize is it’s probably going to be a little bit bumpier,” said Jim Caron, head of global macro strategies for the Global Fixed Income Team at Morgan Stanley Investment Management.

“The road is still pointed in the right direction. It’s just going to be a little less smooth than we had thought,” he added.

Some positive signs amid the weakness

Despite the big miss, there were still things to like in the report that pointed to strong fundamental factors for the jobs market even if the headline number was a big letdown.

For one, the unemployment rate rose one-tenth of a point to 6.1%, but that was primarily because more Americans returned to the labor force, a critical metric for policymakers.

Also, the level of working remotely fell to 18.3% of those employed from 21% in March. Those who said they weren’t working because their employer closed or lost business due to pandemic-related reasons declined from 11.4 million to 9.4 million. Those prevented from looking for work due to the pandemic fell to 2.8 million from 3.7 million the previous month. The average duration of unemployment declined to 28.8 weeks from 29.7 weeks.

There’s also hope for the future: Economic growth is expected to get even stronger through the second quarter, and other real-time indicators like restaurant reservations, foot traffic and employment costs all point to continued employment gains ahead.

“This is just a blip. It’s one data point. I would not take a lot from it,” said JJ Kinahan, chief market strategist at TD Ameritrade. “This is one of those reports that is kind of interesting, but that makes the next report even more interesting, because something about this seems odd.”

Indeed, the financial markets weren’t disappointed at all.

Stocks rallied through the day and shorter-duration government bond yields fell, an indication that at least near-term inflation pressures were diminishing.

The market reaction was a bit puzzling, particularly the bond market moves, though there was an overall sense that any urgency the Federal Reserve may have felt to tamp down economic growth would be quelled further by the jobs situation.

“Time for a deep breath. One month’s data prove nothing; payrolls could rebound massively in May,” wrote Ian Shepherdson, chief economist at Pantheon Macroeconomics. “But if the April report is indicative of [a] trend which will persist, then the rally in Treasuries after these data makes no sense, because the outcome will be substantially faster wage growth and the potential embedding of the impending reopening spike in margins.”

Wages did accelerate during the month, rising 0.7% from March though flat year over year. The gains may have reflected added pressure on businesses to pay more in order to encourage workers to return to jobs.

The combination of higher pay and a slight decline in hours worked “suggests labor shortages are becoming more evident, which may in turn be a factor holding back jobs growth,” Michael Pearce, senior U.S. economist at Capital Economics, said in a note.

“Overall, it is difficult to judge how much weight to put on this report at a time when most of the other evidence suggests economic activity is rebounding quickly, but it is a clear reminder that the recovery in the labor market is lagging the rebound in consumption,” he added. “That’s a crucial distinction for the Fed.”

Nationwide Chief Economist David Berson said the April numbers raise the question of “whether this relatively weak employment report is a sign of a weakening demand or a sign of lack of supply.” Within that question is whether unemployment benefits, which provide $300 above what recipients normally would get, are too high. He also wondered whether a skills mismatch is at play, if it’s a matter of schools yet to reopen, or if business startups are lagging.

“All of these probably are playing a role,” he wrote.

Krishna Guha, the head of central bank strategy for Evercore ISI, said the report “can only lower conviction in the view that a very vigorous acceleration is already underway” and characterized it as “more supply-constrained stagflation lite than Goldilocks.”

Stagflation is a term to describe a 1970s-like economy where growth is low and inflation runs high.

But White House officials on Friday generally chalked up the report as indicative that more needs to be done, not less, to get the economy back to full power.

President Joe Biden said the numbers are “on the right track” but “we still have a long way to go,” while Treasury Secretary Janet Yellen said the report shows that there will be some bumps along the way.

Wall Street generally agreed, maintaining that the high levels of stimulus combined with continued progress against the virus will spur more hiring ahead.

“My inclination is not to read too much into the weakness,” wrote Eric Winograd, senior economist at AllianceBernstein. “I remain confident that the economy is accelerating sharply and will continue to do so, and that the labor market will reap the benefits of that expansion sooner rather than later.”