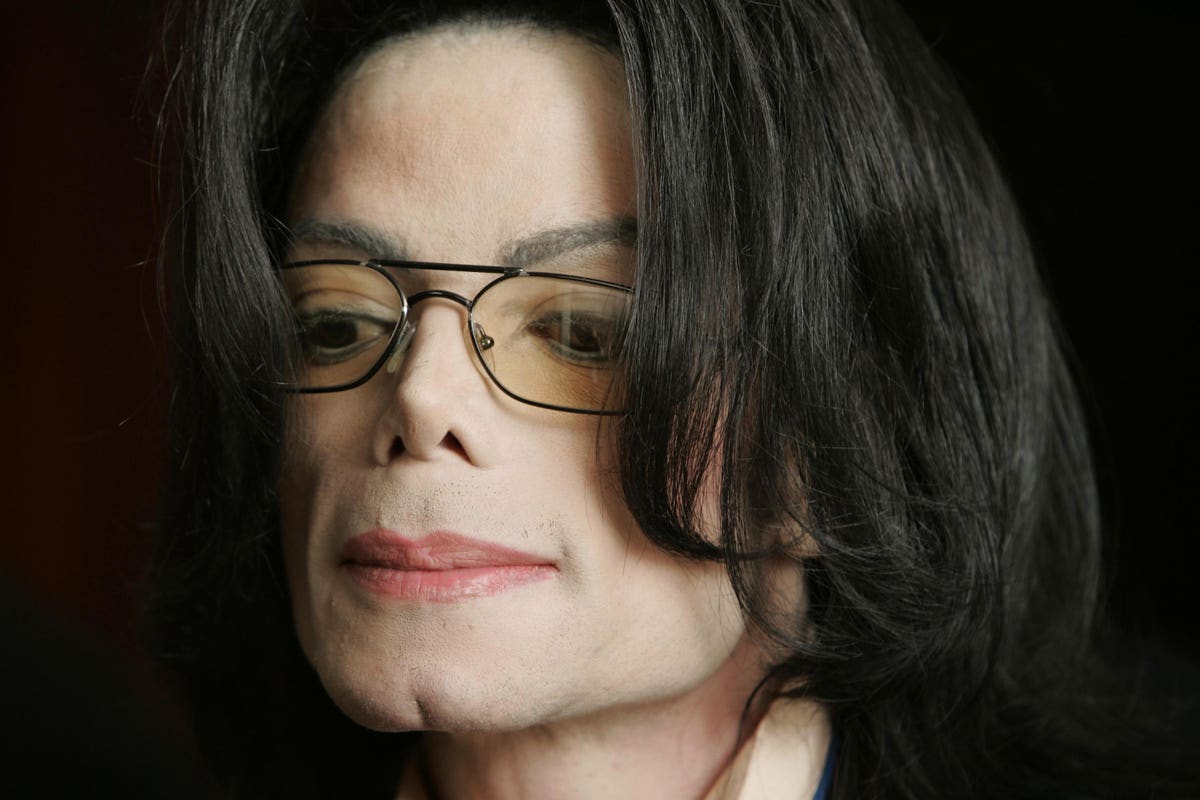 The long awaited opinion of Judge Mark V. Holmes in the case of the Estate of Michael J. Jackson is finally here. It was one of the most suspenseful things I have ever read. You may want to go read it now because the spoiler is coming soon.

Not Going Well For IRS

The first hint that things will not go well for the IRS comes on page 59 when Judge Holmes discusses the credibility of Weston Anson, the sole appraiser used by the IRS, who had been caught in a lie about whether he had previously worked for the IRS. Judge Homes indicated that the hit to credibility affected the judge’s factfinding.

That was on page 61. On page 133 Judge Holmes really gives it away when discussing Anson’s valuation of Jackson’s “image and likeness” he wrote “We reject Anson’s analysis as fantasy”. That is just short of the halfway point of the 271 page opinion (including 16 pages of appendices). To be fair, that was just on one of the three elements of the opinion. Judge Holmes’s final value ended up closer to Anson’s on one of them.

A Long Opinion Worth Reading

Roughly speaking the opinion divides into four sections. The remarkable story of the life and death of the “King of Pop”. The story of how a fortuitous team salvaged value from the ruins of Michael Jackson’s reputation. Then there is a primer on intellectual property law. The fourth section grinds through the numbers and includes some mathematical formulae.

The formulae are actually pretty elementary but I have a tendency to zone out when I see things like that and, not bragging just saying, I am pretty good at math for a CPA (You pretty much have all the math you need for tax work by fourth grade, but there are a few exceptions to that.)

The other thing about the opinion is that there are little gems and oddities scattered here and there including some well placed literary references. One of the oddest observations came in the context of how a 2002 documentary harmed Jackson’s reputation. ”With the release of the documentary, an even larger fraction of the public began to view Jackson as a pederast”.

I don’t think pederast is in the active vocabulary of much of the public, although I have to admit it is just the right term for the, in modern times, repugnant activity Jackson was accused of.

Jackson died in 2009 and the Tax Court case has been going on since 2013. The Estate and the IRS narrowed their differences over the years leaving just three assets for Judge Holmes to value. There were two bankruptcy remote trusts NHT II and NHT III and Jackson’s likeness and image.

The trusts were both burdened with substantial debt that Jackson had run up to maintain his extravagant lifestyle even as his income plummeted. The point of the trusts was that the creditors could seize the assets with no muss no fuss from other creditors in the event of Jackson’s bankruptcy.

The estate, in Tax Court, argued that NHT II was worthless because of the debt it was buried under. Although Judge Holmes had a different value for the collection of rights to music by both Jackson and other artists, he agreed with the estate that there was not enough value to overcome the debt. IRS had NHT II at $206,295,934.

Round numbers going into trial the disputed assets were valued at $5 million by the Estate and $482 million by the IRS. Judge Holmes at $111 million leaned toward the Estate, but it was not a real blowout. The top estate tax rate in 2009 was 45% so the final check the Estate writes will probably still be, as we say, a number.

The notice of deficiency that prompted the petition that got the litigation rolling had much more dramatic adjustments. They totaled over $1.1 billion with image and likeness adjusted upward by $434 million, NHT II by $469 million and NHT III by $58 million.

Judge Holmes spends 33 pages on Jackson’s life giving us a compelling narrative that is focused on the aspects of his life that affect the value of his estate. He prefaces with something translated from Plutarch, which I have to admit I don’t get, but then goes to an opening that kind of astounded me.

But there were also many years when he was more famous for his unusual behavior and and not his unusual talent. And there were some years where his fame was turned infamous by serious accusations of the most noisome acts.”

The executive summary is that his record sales were literally off the charts. He was dubbed the “King of Pop”. And then he did odd things with his wealth, which made people think he was odd. And he was accused of what Judge Holmes learnedly refers to as pederasty, which shredded the value of his product endorsements even though many still loved his music.

Judge Holmes uses another literary reference comparing Jackson to Mike Campbell in Hemingway’s The Sun Also Rises. Campbell became bankrupt in two ways – first gradually, then suddenly. I have to admit I didn’t get that one, but I am sure you do. A 2002 documentary Living With Michael Jackson by Martin Bashir further damaged his reputation.

And the finances kept getting worse.

“It looked like Jackson was moonwalking from the “gradually” to the “suddenly” part of going bankrupt as his financial position kept advancing backward.”

Judge Holmes gets into the details of various refinancings which are relevant to the valuation of the bankruptcy remote trusts. In 2006 John Branca, who in Judge Holmes’s narrative seems to be a strong factor in Jackson’s financial success steps out of the picture. Fortuitously he stepped back in shortly before Jackson’s death. And a successful search for Jackson’s will proved that unchanged form 2002, Branca was his executor.

The executor faced a challenging problem after Jackson’s sudden and unexpected death, which was ruled a homicide and had his tour physician convicted of involuntary manslaughter. His executor and team did pretty well. According to this story by Madeline Berg of Forbes Jackson was the highest paid dead celebrity of 2020 at $48 million. He has been on top of the list every year since 2010 except for 2012 when Elizabeth Taylor knocked him down to second place.

The great success that the team had in rehabilitating Jackson’s image and monetizing the various pieces is fascinating, but as Judge Holmes notes of limited relevance to the estate tax valuation which is as of the moment of death, when it was reasonable to be less than sanguine about the prospects. Judge Holmes acknowledges that even though the ultimate value of “likeness and image” was over $4 million by his reckoning the valuation by Moss Adams of $0 had some merit and declined to approve IRS asserted penalties.

That low value for “likeness and image” looks like a big win for the Jackson estate and in some ways it is, but the next major celebrity executor may face a tougher challenge if the IRS learns some lessons from this case.

Lessons For The IRS?

If Biden’s plan for a bigger, better IRS more focused on the wealthy comes to pass, they may take away lessons from this case which may make it harder for whatever mega-celebrities pass away in the next several years. Judge Holmes criticized the fantastic IRS appraisal of “likeness and image” because in appraiser Anson’s search for synergies he included in that value the value of intellectual property that had already been stipulated.

The Judge recognizes that the whole might be worth more than the sum of the parts, but notes that the IRS did not challenge the asset breakdown that appeared on the original estate return. And then went on to stipulate to the value of many of the elements. And maybe next time they will have the budget to spring for more than one appraiser in the event that credibility is unexpectedly blown.

The only case that Judge Holmes found relevant on the image issue was that of VC Andrews, the author of a series of children in peril novels that was continued under her name after her death. If the IRS budget goes up I think they will do better next time and I imagine celebrity tax planners are taking note.

I am going to spare you the mathy part of the opinion. If you appreciate that you can click on the link and have at it, but I can’t resist sharing some of Judge Holmes’s best gems.

On his early success when he struck out on his own:

“The eponymous song “Ben” was the first of Jackson’s solo songs to become a number-one best seller. It is proof of his talent or the oddity of the era’s popular culture that it appears to be a song about the love of a boy for his rat.”

“But Off the Wall was as the widow’s mite to the temple treasury that was his next album—Thriller.”

On one of his refinancings we have:

“Fortress didn’t care that much about Jackson’s reputation. It seemed happy, in a usurious way, to increase Jackson’s debt to around $270 million.”

On the scene immediately after Jackson’s death:

“Soon the hospital where Jackson’s body lay surrounded by much of his family had another room filled with a haphazard team of intellectual property lawyers and advisers—so many they might have outnumbered Jackson’s family. Once there, they immediately began to discuss the administration of the Estate and how to protect his image and likeness.”

On hunting for unreleased material

“Sony’s corporate spelunkers crawled through these vaults and found 7,000 to 10,000 pieces of tape. These were mostly tailings and very little pay dirt. There were only 2 completed and unreleased recordings and approximately 25-30 full vocals with some music. The Estate has confirmed a total of 83 songs— fragments of lyrics, tunes, and vocals—that were unreleased at the time of Jackson’s death.”

On the prospect of Neverland as a theme park

“To any reasonable observer, however, Neverland was more of a recent crime scene than a future wonderland because of the stigma associated with the child-abuse allegations. Common sense suggests that a home owned by an alleged child molester where the alleged molestation took place would be less than an ideal spot for a theme park for children”

Lew Taishoff has The Opinion You’ve All Been Waiting For. Mr. Taishoff follow the Tax Court with an incredible tenacity. A couple of years ago, I asked him to give me a heads up when the opinion came out and he came through for me.

In 2018, I wrote We May Have To Wait A Year For Decision In Michael Jackson Estate Case. That turned out to be quite optimistic. I had a lamentable tendency to use opinion and decision interchangeably. Now that the opinion is done IRS and the Estate hash out the numbers and that process supervised by Judge Holmes will be the basis of the decision. I don’t know that we will find out about that since according to DAWSON Docket Number: 17152-13 is sealed.

Guinevere Moore hasThe King Of Pop Beats The IRS In Tax Court Estate Case on Forbes.com. I squandered the opportunity to be first on Forbes that Mr. Taishoff provided with a night’s sleep.

Lew Taishoff had a follow-up this morning called Welcome To Dawson.

“That is to say, I’m sure you saw the opinion if you were on DAWSON yesterday, because it’s gone today. My colleague, Peter Reilly, CPA, the Forbes flash, tipped me off by dawn’s early light that the entire case is sealed on the new, improved (give me a break!), jim-handy DAWSON website.

Of course, the opinion is all over the internet. Except on DAWSON.”

Joe Kristan rounds up some of the other coverage on the EideBailly Tax News & Views blog.