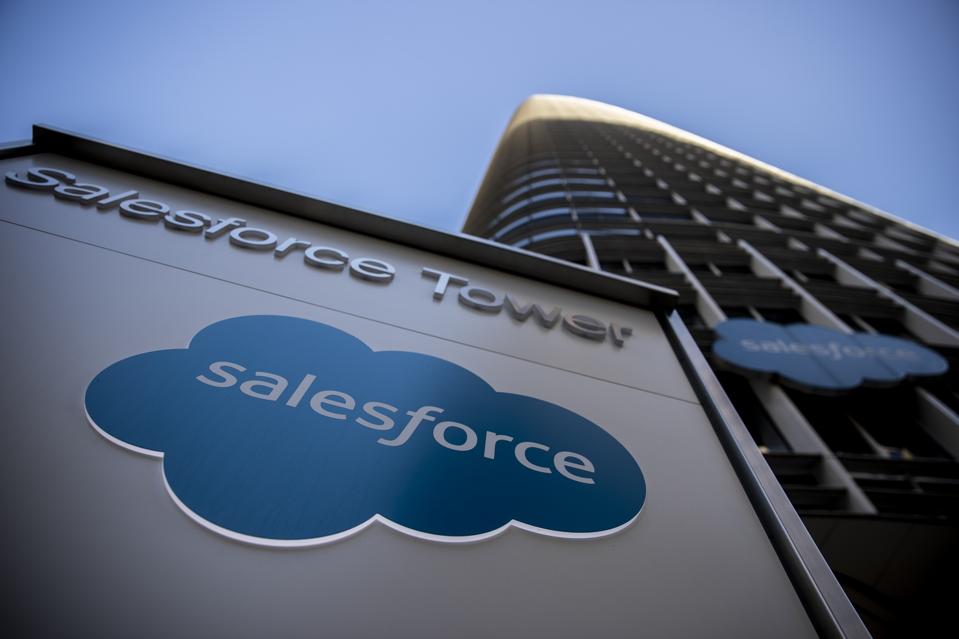 As we approach the grim metric of 500,000 deaths due to Covid-19, analysts are grappling with the pandemic’s long term impacts, including its effect on cities and work.  There’s disagreement about the degree of permanent increases in teleworking and homework. But if some office work is shifting permanently to homes, what will that do to commercial and residential real estate?

There’s a lot of battling by anecdote.  Those arguing cities face major permanent losses of office work point to software provider Salesforce
and its recent announcement that most of its employees can work indefinitely from home, at least part of the time.

How does that relate to commercial real estate?  Well, Salesforce is San Francisco’s biggest private employer, and it is only two years since they moved into the new Salesforce Tower, the city’s tallest building.  And the real estate implications of their new jobs policy?  President and Chief People Officer Brent Hyder said “I don’t believe that we’ll keep every space in every city that we’re in, including San Francisco.”

Some see this as a part of a “much bigger urban workforce shift,” where workers are decoupled permanently from the office.  This type of commentary has persisted since the pandemic began, with some commentators seeing the pandemic causing a possible “mass removal of employees from their traditional workplace.”

But the future isn’t so obvious.  40% of Salesforce’s workers already are in the “flex” category, where they are expected to work in the office one to three days per week. The company now foresees that rising to 65%.  That’s an increase, but not a sea change in employment.

And the company still will have large amounts of office space.  In Chicago, Salesforce remains committed as the anchor tenant for a new 60-story tower, and the company is planning major redesigns of existing office space from the traditional “sea of desks.”

They aren’t alone.  Google
is exploring a hybrid home-office model similar to Salesforce.  But the company also is developing a massive campus in downtown San Jose with 7.3 million square feet of office space and 4000 housing units.  And along with Amazon
, Facebook, and other growing tech firms, they’ve leased  hundreds of thousands of square feet in Manhattan and are expanding their footprint in other cities.

These expansions come in the face of continuing overall slow returns to office work.  Kastle Systems’ “Back to Work Barometer,” based on entry card swipes in major cities, found an average office occupancy rate of 24.7% in early February, ranging from 35.8% in Houston to 12.8% in San Francisco.  These are slower rates of return than many expected.

But that troubled sector has stabilized recently, with loan volumes in special servicing falling slightly for four months in a row by January.   However, some experts still think 2021 will be worse for offices, while improving somewhat for hotels and retail loans.

Office occupancy and the financial challenges accompanying it remain highly dependent on progress against the pandemic.  Some tech firms clearly are moving to less overall office time per individual worker.  But as those companies expand their overall total employment, the net impact on office space may be less than it appears.

Remember the decision to work at home is controlled mainly by employers, not employees.  And we still don’t know how much work will shift permanently away from offices, especially in more routine jobs.   Real estate giant CBRE expects falling rents and rising vacancies at least until the population is vaccinated.  But that could happen by early summer, and employers may then push workers harder to return physically.

It’s clear we won’t see major expansions or new construction of overall office space any time soon.  In the fourth quarter of 2020, office vacancy rates hit 17.1%, above the long-term average of 15.3%.  This could be driven even higher by rapidly growing sublease offers, as long-term tenants with extra space seek to offload some of their costs.

Economists aren’t surprised in general by a cyclical oversupply of real estate, often seeing it as part of a normal market cycle.  Rising rents and real estate prices signal investors to keep adding supply, but buildings take time to construct.  Eventually, there’s too much supply as too many new projects outrun demand, but that isn’t revealed until after the excess construction has started.

The pandemic has created a lot of caution and uncertainty, among employers, workers, and real estate firms.  If large numbers of firms do move to more permanent telework, office markets face further rough downward adjustments.  Alternatively, full vaccination could foster a snapback in office occupancy, as the virtues of working in proximity for innovation and productivity reassert themselves.

Lower office space costs induced by the pandemic will themselves influence employers’ planning by making office work more attractive and affordable.  And excess office space (along with hotels) also may be converted into housing as proposed by New York Governor Andrew Cuomo (D-NY) and others.

So to forecast the commercial real estate market, keep your eye on rents and on distressed property levels.  But also monitor vaccination rates and how employers are reacting.  They will be the main decision makers on the scope of a shift to permanent telework, and those decisions will determine the future of office space.

Rental Price Growth Slows To The Lowest Level In 18 Months
This map shows where Americans have the highest — and lowest — credit scores
Is Google The Next Big Tech Company To Layoff Workers?
‘The stakes are high.’ Why there’s a push for Congress to renew the expanded child tax credit this year
Stocks making the biggest moves after hours: Zoom, Dell, Urban Outfitters and more