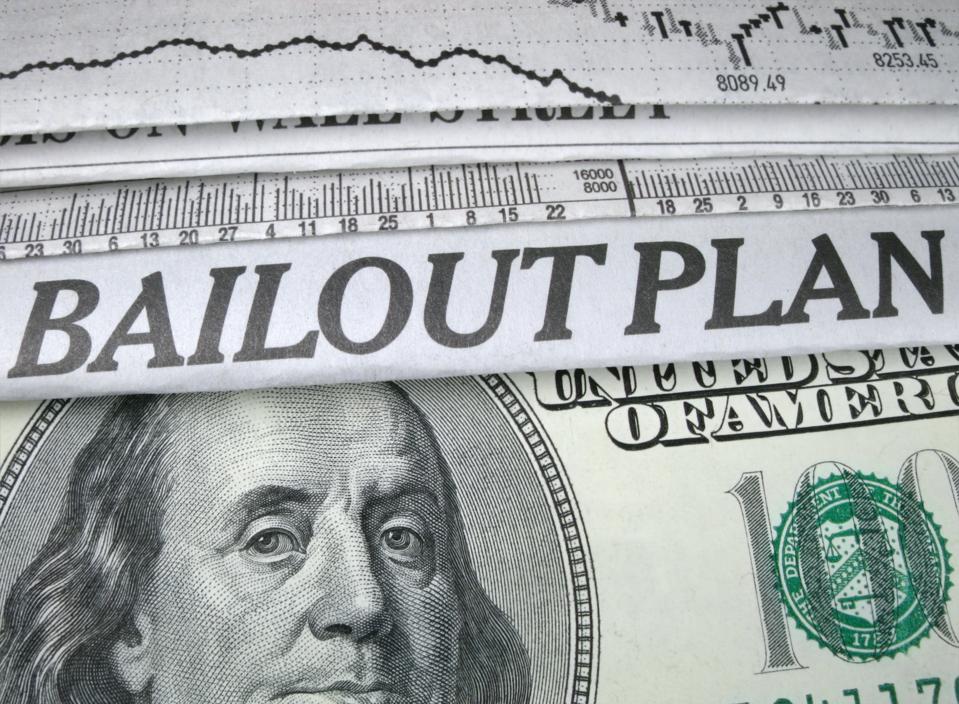 It is not a surprise — not to me, anyway — that the “Covid relief” bill, or, strictly speaking the first half of such, released by the House yesterday, to be passed under the terms of reconciliation, includes substantial provisions related to multi-employer pensions. I did, after all, predict as much as soon as it was known that Biden would have the 50 senators needed for reconciliation-based spending. But I must confess I am nonetheless surprised at some of the particular provisions, comprising, as they do, an all-bailout, no-reform, version rather than the prior attempts to achieve both.

First, a bit of history:

When I first began chronicling the issue, the preferred solution of advocates such as the Teamsters was the Butch Lewis Act, passed in the House, touted as loans, which, in the first iteration, were intended to allow plans with pending insolvencies to borrow money at low interest rates and grow that money in the stock market; this proposal was later modified to require the cash be spent on annuitizing benefits (or in other low-risk/risk-free investments), but in any case, with loan forgiveness after 25 years.

In November of 2019, the Republican-controlled Senate revealed its counter-offer, which attempted to use a mix of government funding, benefit cuts, increased premiums, and funding reform to stabilize the system, though the exact sum of government funding planned was never revealed publicly.

In May 2020, the House Democrats’ HEROES Act included a new version of multi-employer pension relief, the Emergency Pension Plan Relief Act of 2020, which I criticized at the time as, rather than give-and-take and compromise, “all ‘give’ and no ‘take’” with generous provisions including a dramatic boost in the maximum benefit when the government takes over a failing pension plan, and the restoration of benefit cuts undertaken subsequent to the 2014 Multiemployer Pension Reform Act. This, of course, went nowhere.

In the meantime, the Senate continued to prepare its competing version, introducing on December 17, 2000 the Chris Allen Multiemployer Pension Recapitalization and Reform Act. (Who was Chris Allen? A longtime staffer who has spearheaded the Senate’s reform proposal but passed away unexpectedly not long after that first version was unveiled.) Then, on January 21 of this year, Democratic Congressmen Bobby Scott and Richard Neal introduced a new version of the Emergency Pension Plan Relief Act, but with the only apparent change being the renaming from the Relief Act of 2020 to the Relief Act of 2021.

There are some commonalities, to be sure. The new bill maintains the provision which allows plans to use the “zone” status from prior to the pandemic to avoid designation as endangered, critical, or critical and declining. It allows plans to stretch their “funding improvement and rehabilitation period” from 10 to 15, or from 15 to 20 year, depending on the plan’s particulars. It permits plans to amortize asset losses over 30 years to reduce their required contributions — plus, added in the new version, the option to also defer recognizing “other losses related to the virus SARS-CoV-2” such as reductions in employment or increases in retirements.

But there’s another change that’s substantial. In the prior, HEROES Act version, the drafters maintained the concept of the “partition,” shifting liabilities for a portion of an at-risk pension to the PBGC and funneling extra funds there to be able to make those payments; to be sure, that version had planned to increase the maximum benefit substantially in order to protect retirees from benefit cuts, but the structure remained somewhat similar. The new proposal simply sends cash to eligible ailing multiemployer plans directly.

Which plans are eligible?

Any plan which has been labelled “critical and declining,” or which had previously had a “suspension of benefits” (benefit cut to preserve solvency), had a funded status of less than 40% and a disproportionate number of retirees, or which had actually become insolvent after 2014.

How much cash? Enough, according to the bill’s text,

“to pay all benefits due during the period beginning on the date of payment of the special financial assistance payment under this section and ending on the last day of the plan year ending in 2051, with no reduction in a participant’s or beneficiary’s accrued benefit as of such date of enactment, except to the extent of a reduction in accordance with section 305(e)(8) adopted prior to the plan’s application for special financial assistance under this section, and taking into account the reinstatement of benefits required under subsection (k).”

A straightforward read of this, then, is that every penny of pension benefits due to be paid to present or future retirees, for the next 30 years, would be paid by the federal government.

What are the exceptions? That means that if a plan had previously ended certain “adjustable benefits,” primarily early retirement subsidies, those would remain, but if a plan had cut benefits to maintain solvency in other ways, not only must those cuts be restored but they must be retroactively repaid to retirees.

It is also not clear how this government cash infusion would impact future contributions by participating employers, who in some cases are contributing amounts well in excess of ongoing benefit accrual costs, to remedy past deficits. Will they be required to maintain these past contributions? Have this burden lifted? And will this actually result in a situation in which ailing plans become better off than their counterparts just above the eligibility cut-offs (among which are a funded status of less than 40%)?

Is this bill truly workable? Were these provisions changed simply to conform with the requirements for reconciliation bills, that is, the requirement that spending be limited to a 10 year window?

More details are available at a House Ways and Means document, including provisions on single-employer pension benefits (which I’ll discuss separately). The cost of these provisions, however, has not yet been calculated.

For now, it is a genuine disappointment to me that attempts to truly reform the system have been abandoned, and that those who believed that no reforms were needed, just cash, appear to have won the day.