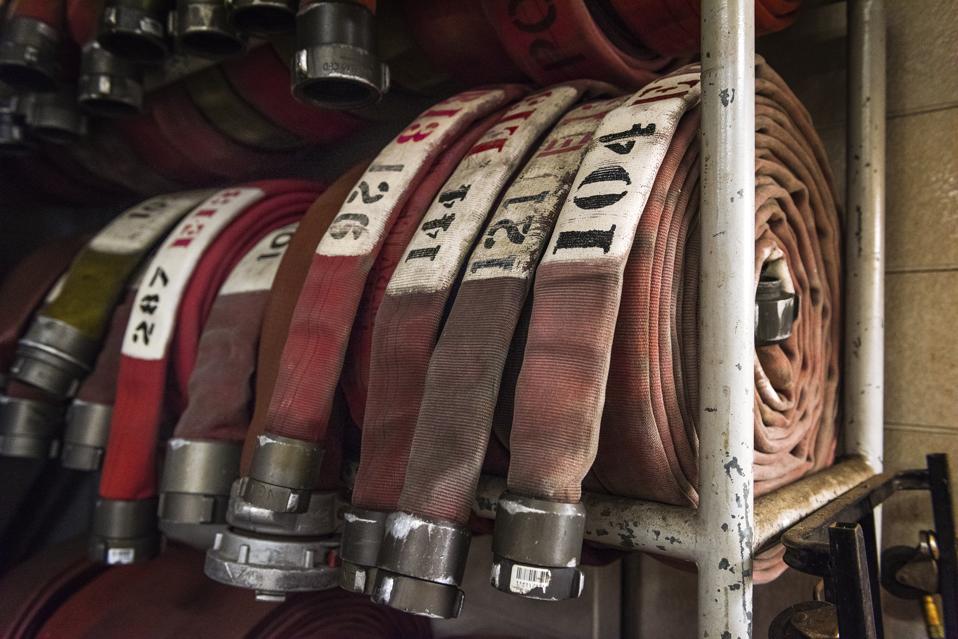 “With the spotlight focused elsewhere [Illinois’ General Assembly is in the midst of its 5 day lame duck session], such as the Mike Madigan saga and the Black Caucus push for criminal justice reform, the Illinois Senate voted Monday to raise retirement benefits for 2,200 Chicago firefighters in a way that would saddle beleaguered city taxpayers with $850 million in added costs by 2055. The bill already had passed the Illinois House and now awaits Gov. J.B. Pritzker’s signature or veto.”

As a reminder, the Chicago Firefighters’ Pension Fund is 18% funded, with assets of $1.1 billion, and liabilities of $6.3 billion, according to its most recent actuarial report. If that $850 million represented an actuarial present value (that’s unlikely), it’d drop the funded status down to 16%. So what possible rationale could there be for this?

The bill was introduced by Sen. Robert Martwick, D-Chicago, at a point at which he was still a member of the state House. The bill removes a date of birth requirement in the provisions for COLA benefits, in which Tier 1 plan participants born before 1966 and meeting certain other requirements receive a COLA of 3% (noncompounded), and those born after, 1.5%.

The Sun Times reports that, although Mayor Lightfoot opposed the bill, Martwick’s rationale was sound, even adhering to actuarial principles:

“In late February, Martwick argued the ‘birth date restriction’ has already been moved five times as a way of masking the true cost to a firefighters pension fund with roughly 25% of assets to meet its future liabilities.

‘Remember, they have traditionally given that 3% simple COLA [Cost-of-living adjustment] to these firefighters. They’re going to get that. This just writes it into law. It’s really not adding cost. It’s making that cost transparent,’ Martwick said then.

‘If we don’t change the provision and we give them the more generous, 3% simple COLA, then payment on the back end will be enormous. There’s no doubt that would make the mathematical calculation of their payment go up. But what it will do is prevent us from kicking the can and making a huge disaster down the road. It’s making the law comply with what the actual practice is.’”

“This is potentially an age discrimination issue because you’re basing the benefit off of an individual’s age and not their years of service. Based on their age, they’re gonna get a benefit that is less than a Tier 2 benefit.”

But Martwick is being disingenuous in his statements. Here’s some history:

There were indeed multiple increases to the age cut-off for the higher COLA, though I’m at a loss as to how there were five separate instances. Based on the plan legislative history in the valuation report, the age differential first came about in 1982, when the COLA was increased to 3% for all employees born in 1930 or earlier. In 1995, the birth date cut-off was raised to 1945; in 2004, to the present 1955.

Then, for 13 years, no further changes were made, perhaps finally recognizing that it was indeed not acceptable to boost benefits of such an underfunded plan. The years after 2004, after all, were a period when Illinois actually tried to restrain its pension costs, with the implementation of the Tier 2 pension system for workers hired beginning in 2011.

But in 2017, that effort at cost control ended. In that year, the birth date was adjusted to 1966 and retroactive benefits were given. And who was the sponsor of this legislation?

Why, then-Rep. Martwick. In fact, this bill was designed exclusively to provide this boost. The bill was passed by the House and Senate on July 1, 2017, vetoed by then-governor Bruce Rauner on September 22, 2017, and overridden by both houses on November 7, 2017. And there was so little notice taken of it that I can find no reference to it in either the Chicago Sun Times or the Chicago Tribune at the time.

But Martwick wasn’t finished. In 2018, he introduced a bill eliminating the age restriction, which died in 2019. And the bill which is now awaiting Gov. Pritzker’s signature was introduced immediately thereafter, in 2019. In both the 2017 bill and the new one, the benefit increase is retroactive for those who have already been receiving their pensions.

And the best part? The 2017 bill’s text includes this nugget:

“The changes to this subsection made by this amendatory Act of the 100th General Assembly are a declaration of existing law and shall not be construed as a new enactment.”

This is wholly undetached from reality, and suggests that even in 2017, they knew that this increase was unjustified and inappropriate for such a seriously underfunded plan.

It would be funny if it wasn’t so serious — a legislator claiming that “they’re going to do it anyway,” when it’s he himself who had been spearheading the increase, is exactly the sort of action that is, compounded over and over, the reason why Illinois is in exactly the straits it is in.