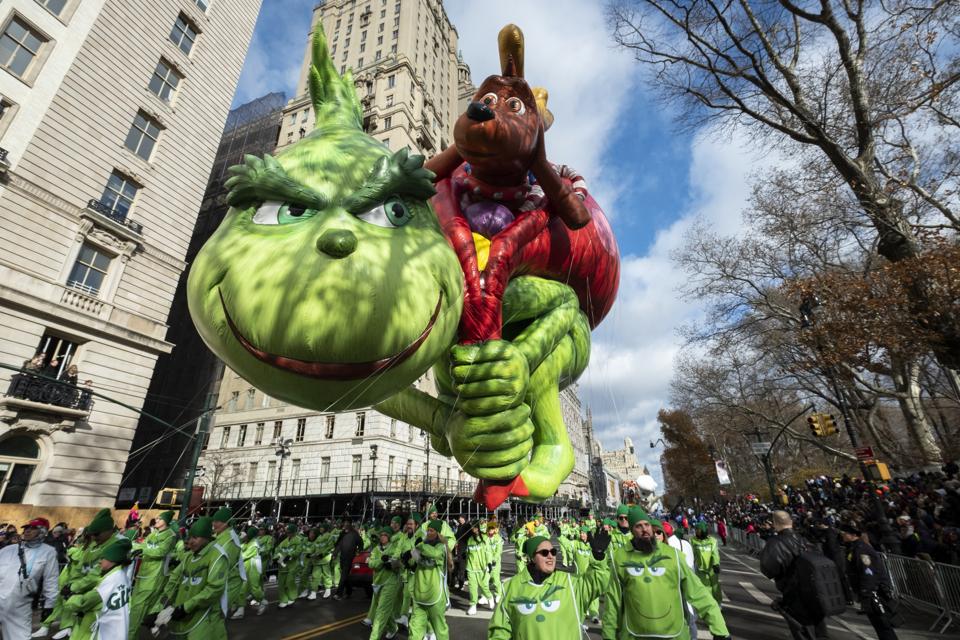 What could be nicer for Christmas than a 5 for 1 charitable deduction? Maybe 6 for 1? At any rate that is the sort of present that the promoters of syndicated conservation easements have offered during the holiday season, which is also tax shelter season.

And now we have the IRS playing Grinch. There was literally some coal, if not stockings, involved in one recent decision, but TOT Property Holdings LLC indicates the possibility that the IRS will be tearing vigorously through the easement deals with the Tax Court clearing the way.

TOT stands for “Trail of Tears”, a reference to the property being on or near the route taken by Native Americans forced out of the Southeast by the Indian Removal Act of 1830. TOT claimed a $6.9 million charitable contribution for an easement donated to Foothills Land Conservancy The easement was on 637 acres of a 652 acre parcel in Van Buren County TN.

George Dixon had acquired the property in 2005 as part of a larger transaction for $745 acre, which works out to about $456,000 for the parcel in question. Ownership was dropped into TOT Properties Holding LLC. Mr Dixon continued as the indirect owner.

PES Fund VI LLC came in on December 13, 2013 to a 99% interest for $1,039,200. That structure creates a tack on the holding period. The easement deed to Foothills was executed on December 27, 2013. On its tax return for 2013 TOT was claiming that the value of the property that had in effect changed hands for about one million was reduced two weeks later by almost seven million.

The entire deduction was denied on technical grounds that the easement deed did not meet the perpetuity requirement. In that regard the case is similar to Coal Property Holdings, which involved the same land trust for whatever that is worth.

What is really interesting about the decision is the valuation discussion. The valuation is an issue in order to determine how much of the tax understatement is subject to a 40% penalty rather than a 20% penalty. The holding on valuation is what is important for other deals, since we can expect that newer deals will adjust their documentation to meet the perpetuity requirement.

Thanks to the valuation portion of the decision, we get that the deduction that would have been allowed had the perpetuity requirement been met. That would be $496,000 – less than 10% of the deduction claimed. Here is the rundown on the appraisals.

I know just a bit about what is involved in turning raw land into develop-able property. That is why I had to laugh when I read Judge Gustafson’s description.

The key thing in my mind is the distance to the nearest interstate, but I thought the property having been on an artillery range was a nice touch. The Army Corps of Engineers recently announced the formation of a Range Restoration Advisory Board. So there is that.

Bill Clabough, Executive Director of Foothills is unable to comment on the case, since Foothills is not really involved in the tax structuring or the valuation. He can wax poetic on the beauty of the property and the satisfaction of having it preserved. And he assured me that there is not a lot of unexploded ordnance laying around. We made some tentative arrangements for me to visit the property, but that won’t be for a few months.

The appraiser who valued the easement at $6.9 million for the return has passed away, so the taxpayer had to find somebody new. Timothy Wingard, working for the taxpayer, came up with $2.7 million based on a highest and best use of of “low density, destination mountain resort residential development” giving a before easement value of $3.9 million. The after value was $1.2 million.

The IRS appraiser, Gerald Barber, had timber harvesting and recreation as the highest and best use yielding a before value of $1.128 million. The after value in that appraisal was $632,000.

Judge Gustafson was much more impressed with the IRS appraisal. He was dismissive of the distant comparables the taxpayer’s appraiser cited:

“Notably, given his opinion about highest and best use, all of the supposedly comparable sales he put forward were of intended residential developments in mountainous terrain, or with views of large bodies of water, such as a lake. The subject property lacks either feature, and we think it is not conducive to the same use.”

The IRS appraiser had nearer comparables consistent with his highest and best use. Judge Gustafson’s most trenchant observation, however, was about a sale that neither appraiser considered.

“In December 2013—days before the contribution of the easement—PES indirectly acquired a 99 percent interest in the property for $1,039,200, suggesting a 100 percent value of roughly $1.05 million. Mr. Barber’s before value ($1.128 million) corresponds roughly to this figure, and Mr. Wingard’s before value ($3.9 million) is not at all close to it.”

Judge Gustafson is considering what the investors paid for the property shortly before it was donated as confirming the IRS appraisal. If this were done in all cases, none of the high multiple syndicated deals would work.

This was a bench opinion which limits the decision’s value as precedent. Nonetheless, the IRS is crowing about the victory having issued IR-19-213 as a pretty clear warning to taxpayers to be cautious about these deals.

“In denying the deductions and upholding the 40% gross valuation misstatement penalty, the Tax Court confirmed that aggressive syndicated easement transactions simply will not survive scrutiny,” said IRS Commissioner Chuck Rettig. “We will not stop in our coordinated pursuit of these abusive transactions while seeking the imposition of all available civil penalties and, when appropriate, various criminal options for those involved.”

“If you engaged in any questionable syndicated conservation easement transaction, you should immediately consult an independent, competent tax advisor to consider your best available options,” Rettig added.

I think if you just bought a 2019 deal, your available options all stink. Percentage wise, running for luck is probably about the best you can do.

I would be inclined to send a copy of the notice to the promoter and ask for my money back. In the event that the promoter did not give me my money back I would complain to about every authority I could think of – the SEC, the Attorney General of every state even remotely connected with the transaction, etc. But that might be an emotional response.

Under the new centralized partnership audit regime, the IRS has to first go after the partnership for whatever tax deficiency is generated by a disallowance. It is a new and complicated set of rules, so this may end up being something like the Sword of Damocles hanging over your head for the next ten to fifteen years. Some people are not all that disturbed about those sorts of things, but others are.

I have to thank one of my anonymous sources for the heads up on this. The decision, because it was a bench opinion, did not show up in my Checkpoint feed. In the last post that I mentioned him, I called him Doubting Thomas. He has asked that I change his handle to Factually Freddie, so FF it is from now on. He wrote me:

“This judge will be leading the way. And Factually Freddy will vouch for the fact that a majority, almost all, syndications since 2014 will have the HBU rejected.”

FF’s big takeaway from the decision is:

“HBU, finally, was noted to require the “Objective Analysis” of how near or the actual real the property would in fact be otherwise developed. THAT IS THE DEATH BELL TO MOST DEALS (NOT ALL) BUT LIKELY MOST OF THE MINING DEALS.”

I think the expression is “death knell”, but after all it is a bell that is involved. And we don’t need to send for whom it tolls. It tolls for the promoters.

The bench decision got by Checkpoint making it get by me, but it did not get by the sharp-eyed Lew Taishoff whose piece was titled TOT and focuses more on some of the technical issues.

He wrote to me that it is very unusual for a case of this size to be an “off the bench” opinion, which are usually small claims. He didn’t have a theory as to what was going on. FF thought that my speculation that the reason the opinion went out this way was in the interest of the IRS being able to announce it before year end.

Paul Streckfus of the EO Tax Journal wrote me:

“What’s significant to me is that the IRS put out the press release. It’s obvious that Chuck Rettig is making this his issue, so fighting these syndicated conservation easements will have the support of everyone at the IRS. “

Taxpayers who are in these deals are in a very tough situation. Tax professionals would be well advised to stay as far away from them as possible. I would not prepare somebody’s return who had a K-1 in one of these deals and I would not even dream of preparing a 1065 for the promoters. This is going to be like Son of Boss all over again, but I think it is going to work out worse for the players than it did for the Big 4.

And By The Way

Merry Christmas or whatever greeting you find most appropriate. I don’t think I can top my Christmas post from a couple of years ago, so I will refer you to that.

Holiday Gift Guide 2022: The Best Stocking Stuffers For Interior Design Lovers
How Technology Will Impact Multifamily Living In 2023
When Mark Cuban bought the Dallas Mavericks, he refused an office or big desk—here’s why
Warren Buffett explains his $750 million charitable donation on Thanksgiving eve
The ‘gold standard’ for holiday purchases has ‘a huge drawback,’ analyst says — but it may still be the best way to pay on Black Friday