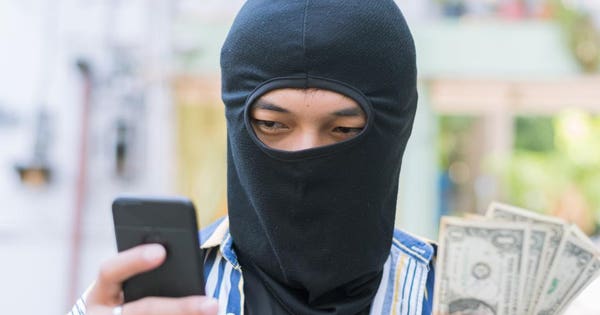 Whistleblower 14377-16W is my new hero.  Old 77 as I have nicknamed him has a superpower far beyond the modest one I have developed.  You see when the IRS issues a notice that denies or revokes exempt status it is in the form of a private letter ruling that is redacted.  My superpower is to penetrate the redaction so I can contact the organization to make the story more interesting.  Does IRS Hate Cats? is an example as is IRS Grossly Unqualified To Make Determinations About Software Related Exempt Applications.

Old 77 has a much more interesting and potentially lucrative superpower.  He can study the available information of public companies (e.g. Form 10-K) and determine what sort of tax shenanigans they must be up to.  Then he notifies the IRS and claims a reward.  If the IRS does not come across, he sues them in Tax Court.  When Judge Halpern counted up the score in Whistleblower 14377-16W v. Commissioner in 2017, he found that Old 77 had eleven cases in the Tax Court involving 21 separate whistleblower claims and as many as 50 separate taxpayers.

Generally speaking, I find whistleblowing in the tax area particularly distasteful. I am not alone, which is why whistleblowers prefer anonymity.  What is weak about Old 77’s claim for anonymity is that he works from publicly available information rather than ratting out former employers and the like.  Also, Judge Halpern seemed to hold his high productivity against him.

Petitioner’s recourse to publicly available materials to identify supposed tax abuses imposes no natural limit other than his own industriousness on the number of cases he could bring. His lack of an employment or other close relationship to the taxpayers he identifies suggests that he has no familiarity with a taxpayer’s basis or rationale for taking what petitioner considers an abusive position. For those reasons, serial claimants of whistleblower awards may disproportionately burden the Court with petitions only superficially meritorious. Moreover, the phenomena of potential claimants of whistleblower awards searching publicly available documents for evidence of tax abuse is not insignificant. Apparently, a cottage industry has sprung up involving mining publicly available documents for the chance to claim a bounty from the IRS

Old 77 is a retired CPA (including twenty years as a partner) whose wife owns an investment advisory firm where he helps out.  His case for anonymity was based on a number of factors, that he took up to the DC Circuit.

In pleadings and a declaration filed with the Tax Court, the Appellant claimed that disclosure of his identity would cause “severe damage” to his reputation, in a field in which “known whistleblowers are routinely blacklisted by clients.” Disclosing his name, he said, would “jeopardize [his] representation of current clients [and] of any future client prospects,” cause him and his family to “suffer severe financial harm,” “have a negative impact on [his] domestic relationship with [his] spouse,” and “elicit harsh and arbitrary retribution by state authorities” because some of his claims before the IRS “involve parties very close to important political figures.”

You really have the makings of a novel there, particularly the negative impact on the relationship with the spouse and the shadowy politically connected figures.

After a bit of discussion about the various factors that should be considered in an anonymity claim, the Court found that the Tax Court holding his serial filing and reliance on public information against him was improper.  The Tax Court had reasoned that the public had a right to know that the actions were being brought by a serial filer.  The Appeals Court suggested that that could be accomplished with some sort of dynamic pseudonym such as John Doe(51).  I think Old 77 is funnier, but that’s just me.

What would be really ironic is if there is enough information in the decision so that people who know Old 77 could identify him.

It is really ironic to have the Tax Court citing an interest in transparency given how untransparent it is relative to other courts.  The Tax Court online reporting does not include most documents filed with it – most significantly petitions and briefs – and limits the number of inquiries in a session so that you can’t get a good sense of what is on its docket.

The result is that most Tax Court filings, which are public documents, never see the light of day. What especially irks me is that we do not see briefs filed by the IRS in Tax Court cases, briefs that often contain information regarding how the IRS is interpreting Code provisions, whether the IRS is conceding positions and points of law, etc.

Also, we do not even know what cases have been filed in Tax Court. There is no public listing that I am aware of, even though EO cases are marked with an X at the end of their case number, which makes them stand out from the thousands of income tax cases files.

Does This Sort Of Whistleblowing Make Sense?

The problem with the sort of whistleblowing that Old 77 is doing is that it is stuff that the IRS should be doing already.  And likely if they are not it is because they know they don’t have the resources to pursue the leads.  Also, Old 77 as a retired partner is probably a bit far out of the game to have really sharp insight into the latest shenanigans.

I think what would be money well spent by the IRS is to go into the Big 4 and large regionals and hire away the people with ten years or so of experience who know they are never going to be partners because they lack soft skills and will make lousy salespeople.  You give them a better work-life balance, a pension and the chance to show up all the corners that they know are being cut.  It will strike terror in the hearts of corporate tax departments.

A really radical proposal would be to require public companies to disclose their tax returns as part of their SEC submissions and require the independent auditors to cover them in their opinion.  That is more of an entertaining thought experiment than a realistic proposal

Judge Big Jim thought that serial blowers, using publicly-available information and with no inside dope, therefore bound to lose under Section 7623, should be made known.

Here are the 7 richest people in the world who haven’t signed the Giving Pledge—Jeff Bezos is No. 3
Amid persistent inflation, cash-strapped consumers are tipping less
Stocks making the biggest moves in the premarket: Apple, Taboola, Biogen and more
Warren Buffett explains his $750 million charitable donation on Thanksgiving eve
Three Resort Hotel Residences In Mexico Offering A Year-Round Vacation Experience