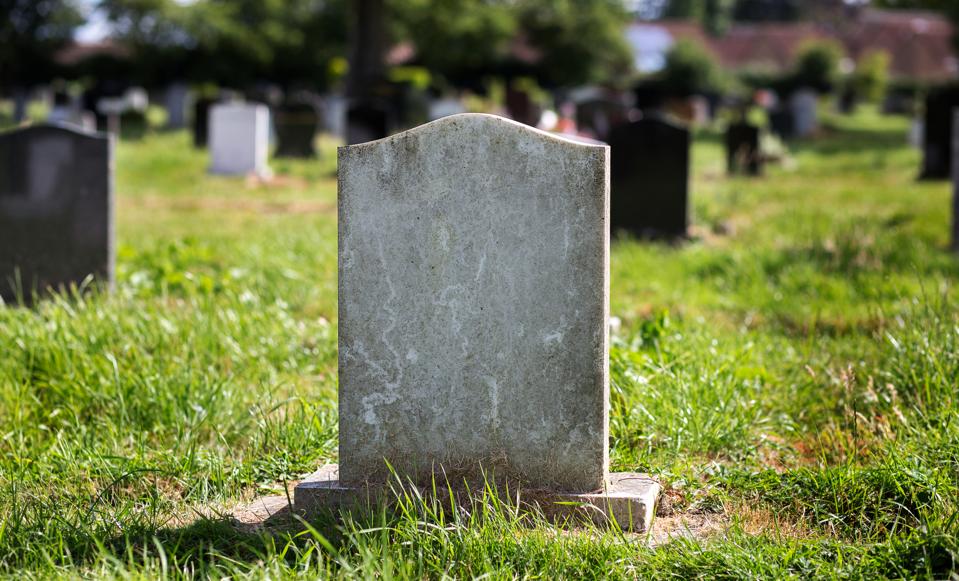 As many of you know, a traditional obituary contains the name of the passing person as well as their surviving loved ones, including spouses and children. Well several years ago I created a Google Alert for my name, “Robert Laura,” so I could keep track of my online articles, media quotes, and speaking appearances but I got much more than I bargained for.

Basically, once you create an alert, Google will email you every time your name pops up on the internet. Which is great. However, as soon as I created my alert, I immediately started to receive death notices on a regular basis. Even today I receive three to four Google Alerts for “Robert Laura” in the form of a memorial announcement, funeral, or online obit.

It turns out that a lot of “Robert’s” are married to “Laura’s” or people named their children Robert and Laura.

On the surface, that may seem a little grim, and I have to admit, when I started to receive them, I found it a bit strange. But overtime, I have found a silver lining in them. A hidden message for me and you to learn from.

The first lesson is that we are all survivors. Fortunately, I get to hear this several times a week thanks to Google. But I don’t know that other people do. Think about it for a moment. The term survivor is a very powerful reference to someone who is strong, determined, committed, proud, and able to face adversity.

All essential characteristics that people will need as they enter retirement and deal with the ups and downs of aging, working through a difficult medical diagnosis, losing a loved one, and more. There is nothing easy or automatic about retirement, and when people get down, they often need hope and inspiration to carry on. Even if you aren’t facing a difficult time now, at some point you will, and will be left wondering how to pick up the pieces and move on.

The concept of being a survivor is important to a healthy retirement because it plays into a person’s mindset and attitude about it. Something that often isn’t covered in traditional retirement planning but is essential to those who want to make a successful transition.

The second essential lesson in all of this is that people leave us each and every day. Some have lived long lives, while others are taken too young and without much warning. No matter the case, relationships with spouses, children, grandchildren, friends, and colleagues cannot and should not be taken for granted.

In traditional retirement planning, people are told that they the need to save and invest regularly in order to prepare for the future. But what if in the process, you get there and end up with the money right but nothing else. I see it all the time. In fact, recently, I was talking with an heir about their inheritance. As part of the introduction, I thought it was important to discuss how I knew his grandfather, the time I spent with him, and a few stories from our 15-year relationship.

I kept it short and sweet and was glad I did because when I was done sharing, I was floored when the grandson replied, “Sounds like you knew my grandfather better than me.”

I didn’t have much to say after that but was reminded once again that for every saving and investing discussion you have about retirement, an equal amount of time should be spent on more personal conversations that include relationships with family and friends.

Finally, several years ago I came across an interesting quote by Les Brown that I have continued to use as a way to challenge the status quo of traditional retirement planning. It said:

At the time, I lived about a ½ mile from a cemetery that was positioned along a pathway to our downtown. After reading that, I never walked through there the same. I kept thinking, what secret hopes, desires, and dreams lie buried with these folks and how can I make sure that when it’s my time to go, that I don’t go into the grave holding anything back. It’s one reason why I coined the phrase, “No Regrets Retirement” in my book Naked Retirement as a means to inspire people to develop a proactive approach to this next phase of life.

Overall, I think most people prefer to steer clear from morbid things, but death is a very real part of the retirement planning process, and used correctly can play an interesting role in helping you develop a survivors mentality and strengthen relationships while avoiding regrets in the process.

Before you enroll in Medicare, what to know about new rules that eliminate coverage gaps
Here’s where the jobs are for January 2023 — in one chart
4.5-Acre Oceanfront Maui Property Hits The Market For $5.5 Million
Montana Mountain Home Where Eagles Soar Asks $4 Million
The ‘Invisible House’ In Joshua Tree, California Lists For $18 Million