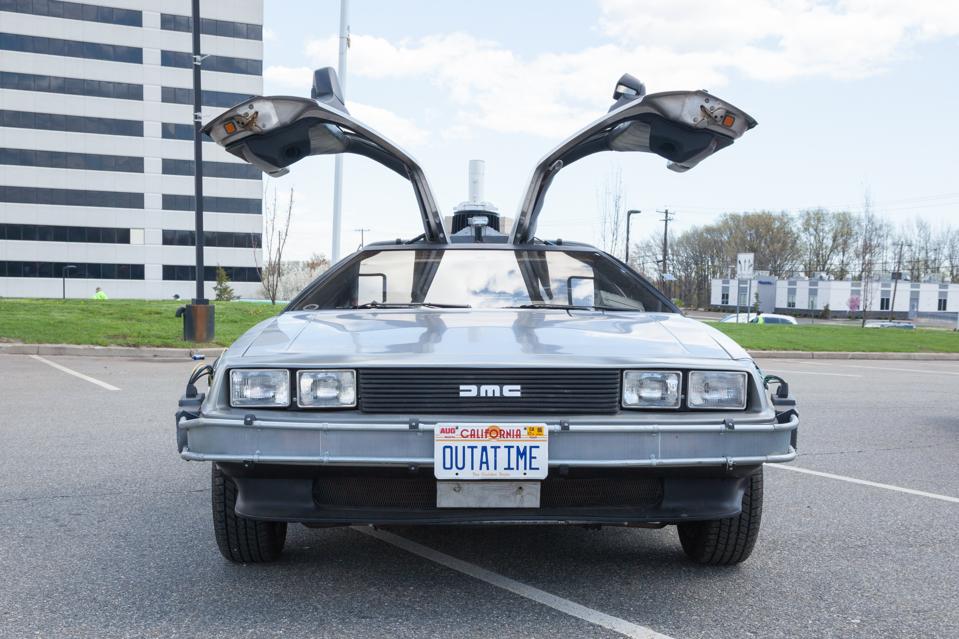 My daughter asked for a pair of throwback Nike sneakers this week to match her ringer tees and scrunchies. Not to be outdone, my son wants a DeLorean. It feels like we’re heading back to the 1980s – and apparently, the Internal Revenue Service (IRS) thinks so, too. This week, the IRS introduced a draft version of a form that we haven’t seen since 1982: form 1099-NEC, Nonemployee Compensation.

That year (1982), fashions were totally rad, E.T. made its debut on the big screen, and President Ronald Reagan introduced the Tax Equity and Fiscal Responsibility Act of 1982 (TEFRA), intended to modify some aspects of the Economic Recovery Tax Act of 1981 (ERTA).

The year 1982 also marked the end of form 1099-NEC, Nonemployee Compensation. The form was replaced by everything-but-the-kitchen-sink form 1099-MISC, Miscellaneous Income. Just before it was retired, the old form 1099-NEC looked like this:

But since everything old is new again, IRS has been dragging some forms out of retirement and putting a retro-touch on others.

Form 1099-NEC is no exception. As noted earlier, form 1099-NEC was ditched in favor of the consolidated form 1099-MISC. That was in the 1980s. But the Protecting Americans from Tax Hikes Act of 2015 (PATH Act) that was enacted December 18, 2015, made several changes to the way we file taxes. The genesis of the throwback (insert Phil Collins jokes here) can be found at Title II: Program Integrity. Specifically, section 201 of the PATH Act of required that no credit or refund for an overpayment for a taxable year could be paid out before February 15 if a taxpayer claimed the Earned Income Tax Credit (EITC) or Additional Child Tax Credit (ACTC). That part of the law kicked in on February 15, 2017, causing a great deal of confusion and unhappiness for taxpayers.

(You can read more about those delayed refunds here.)

Here’s why the change happened. For taxpayers to claim the EITC and/or the ACTC, they must have earned wages, typically reported on a form W-2 (or form 1099-MISC). Employers were required to furnish those forms to taxpayers by January 31. However, employers could wait until the end of February, if filing on paper, or the end of March, if filing electronically, to submit these form to the government. Taxpayers who filed their taxes early would have filed before the IRS had even received the related forms from the employers. The result? Room for fraud. Scammers and thieves could, in some instances, file bogus returns weeks before the IRS had any chance to confirm wage information. The solution was to hold refund checks.

The PATH Act also required employers to submit forms W-2 and forms 1099-MISC to the Social Security Administration (SSA) on January 31, the same date that taxpayers receive their forms. By pushing out the refund issue date to February 15, the IRS has time to match up the employer forms with the taxpayer forms. Problem solved, right? Not exactly.

That was confusing for employers and taxpayers, and it was no less confusing for IRS systems and employees. The proposed solution is to bring back form 1099-NEC to report nonemployee compensation.

The new form – as a draft – looks like this:

(You can view the entire draft form as a PDF here.)

But don’t start printing out those forms just yet. The IRS warns:

But the final form may actually look a lot like this one. The IRS goes on to say:

We generally do not release draft forms until we believe we have incorporated all changes, but sometimes unexpected issues arise, or legislation is passed.

Changes to tax forms and tax rules are continuing to come our way from the IRS – and it feels like we might see more with retro flair. I pity the fool who isn’t up to date on their tax news, so totally keep checking out this column for the most righteous coverage.

Optimism on Chinese stocks soars to five-year highs
How Zelle is different from Venmo, PayPal and CashApp
Here’s Why Renters Need To Work More Hours To Afford Rent
Penn’s sports betting business posts head-turning fourth quarter profit
Here’s where the jobs are for January 2023 — in one chart