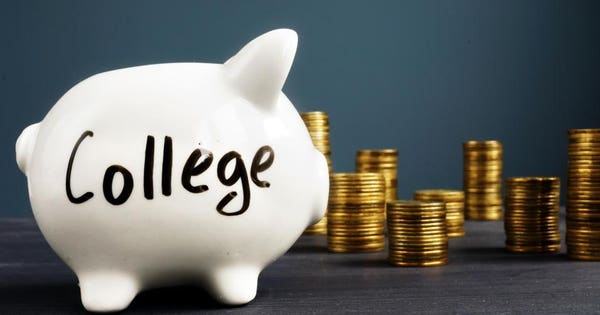 529 plans and custodial accounts are two of the most common ways to save for college, but they have distinctly different benefits for families. Understanding the differences between the two savings methods is essential to choosing the right one for you and your children, so below we outline the major distinctions between the two and suggest some important considerations for those who want to open one of these accounts.

There are two basic types of 529 plans: general savings plans and prepaid tuition plans. A savings plan simply allows the parent to put aside money for any college expenses, whereas a prepaid tuition plan allows a parent to pay for future tuition at today’s rates. For example, a parent might prepay for one semester today, and when their child goes to school, one semester’s tuition will be paid for regardless of tuition increases. Every state has its own plan and may offer either variety of 529 plan or both. Parents aren’t limited to 529 savings plans with their state of residence (though there are often financial incentives to do so) but are typically limited to their home state with prepaid tuition programs.

A custodial account is a taxable investment account that is opened on behalf of a child. There are two types: Uniform Transfers to Minors Act (UTMA) accounts and Uniform Gift to Minors Act (UGMA) accounts. UGMA accounts are limited to assets like cash, securities, and annuities, whereas UTMA accounts can hold almost any kind of asset. In both cases, a custodian sets up the account for a minor and controls the account until the minor reaches legal adulthood. Different states have different rules for the age of legal adulthood and how custodians are named. Otherwise, these accounts function like any other investment account.

Ownership of the Funds

Funds in a 529 plan remain in the estate of the parent. Ownership never transfers to the beneficiary of the account, which allows the parent to transfer ownership as needed. For example, if one child does not need all their 529 funds for college, the remainder could be transferred to a sibling to fund their education. The parent maintains control of the funds regardless of the child’s age.

A custodial account is considered the asset of the child being supervised by the parent. At the age of majority, the funds in the account legally become the property of the child for him or her to use. Even before the age of majority, the funding is still part of the child’s estate, not the parents’. Because a custodial account transfers assets to the child’s estate, these accounts often have a greater effect on financial aid eligibility than a 529 plan, which leaves the money in the parents’ estate.

On an annual basis, there is technically no limit to the amount a parent can contribute to a child’s custodial account or 529 plan, but gifts above a certain threshold ($15,000 per parent in 2019) may have lifetime gift tax consequences. In a 529 plan, a parent can also make a lump-sum gift to cover five years of plan contributions with no gift tax consequences; in 2019, one parent could contribute $75,000 or a married couple could contribute $150,000 with the five-year election option. Parents using custodial accounts have no such lump-sum contribution option.

Overall contribution limits do apply to 529 plans but not to custodial accounts. The IRS restricts the contribution amount of a 529 plan to the amount required for the beneficiary’s education expenses, and each state sets a specific limit for their own plan.

Neither 529 plans nor custodial accounts have contribution limits based on income, so even high-earning parents are able to save into these vehicles.

A 529 plan is a tax-beneficial way to save for college, at least at the point at which you withdraw funds to pay for educational expenses. Contributing to a 529 plan does not provide any Federal tax benefit, but it may provide relief on state taxes.

Withdrawals from a 529 plan, however, receive very favorable tax treatment. The nearest comparison to a 529 plan is a Roth IRA; the investments in a plan grow tax-free, and as long as the funds are used for educational purposes, no taxes are owed upon withdrawal of the funds. Qualified expenses (like tuition, room and board, and books) can be fully offset from 529 plan withdrawals at the undergraduate and graduate level, and up to $10,000 per year can be used to offset qualified expenses at the K-12 level.

If funds are withdrawn from a 529 plan for purposes other than education, however, gains will be taxed at ordinary income tax rates and a 10% penalty will be assessed. In some states, you may even have to pay back state income deductions that you claimed. There are a few exceptions that allow for withdrawals without penalty if the child receives a scholarship, dies, or enrolls in a U.S. service academy, but generally any non-qualified withdrawals will result in both taxes and penalties on the gains.

There are no special tax benefits to using funds on education with a custodial account. Gains in the account are typically taxed at “kiddie tax” rates rather than the custodian’s income tax rate. Before the child turns 18, interest and dividends may be taxed if they total more than $2,100.

Weighing the Pros and Cons

Parents choosing between 529 plans and custodial accounts for college savings have to consider the pros and cons of each plan, their own financial situation, and their child when deciding which to use. A 529 plan can offer the parents considerable tax benefits, but the use of the money is highly restricted: if a child chooses not to go to college, a parent would have to transfer the money to a relative or pay significant penalties. Custodial accounts do not have the same usage restrictions which makes them far more flexible, but they also lack the tax benefits of a 529 plan. Funds in a custodial account also are the property of the child, and once the child reaches adulthood, they can use the money however they want.

Parents who are trying to determine which account is most appropriate for their family should consider all of the differences above, and perhaps consult with a trusted financial advisor for help making the choice.

Disclosure:  This article is for informational purposes only and is not a recommendation to buy or sell a security.  The views are those of Adam Strauss as of the date of publication and are subject to change and to the disclaimers of Appleseed Capital and Pekin Hardy Strauss Wealth Management.

These Charts Show How The Real Estate Boom Turned Into A Bust
Vice Media restarts sale process at lower valuation, may fetch less than $1 billion
Disney slams Peltz for lack of media experience, but its board is light on it, too
5 Ways Secure 2.0 Will Revamp How US Workers Save For Retirement
Republicans Are Giving Democrats A Belated But Huge Christmas Present