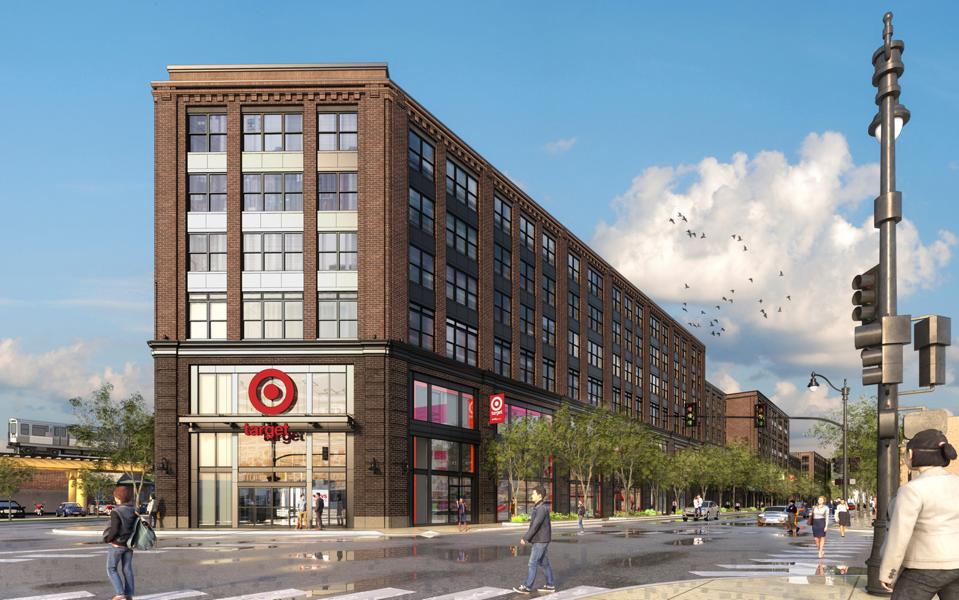 These days, multifamily developers vie avidly on amenities designed to lure renters and buyers. Smart home features, golf simulators, bike kitchens and refrigerated package lockers are just a few line items on a long list of cutting-edge amenities intended to glitter the eyes of would-be residents, leaving them agog with wonder and anticipation.

But when it comes to amenities that really work in enticing residents, there’s nothing quite like basic fundamentals. Case in point: The presence of a nearby supermarket.

A report released by Newmark Knight Frank lends credence to the idea renters value residences in buildings with nearby new grocery retailers. The authors of “The Grocery Store Effect: How New Grocery Stores Impact Multifamily Rents in the Washington, D.C. Area” noted “having a new grocery store in a neighborhood is, in theory, a key amenity that allows nearby apartment owners to better market their properties.”

Openings of new grocery stores corresponded to rent increases at most properties located in proximity to the stores, the report also noted.

Across the country, developers are seeing the value of developing near or above a supermarket. Case in point: the recently-opened Pearl Marketplace in the Midtown district of Houston, Tex. There, four floors of luxury apartments rise atop a ground-floor Whole Foods. Renters can take an express elevator directly to the store.

Over the last several years, new supermarket-anchored multifamily properties have been announced or have opened in Los Angeles, Dallas, Boston and the Hawaiian island of Oahu, to cite just a few of the major metros witnessing the phenomenon.

When it prepared to develop The Sinclair, a 35-story, Class-A, mixed-use tower at LaSalle and Division Streets in Chicago’s north side Gold Coast, Fifield Cos. kept one critical point top of mind. For 40 years, a Jewel supermarket had stood at that site.

Upon its opening, The Sinclair delivered almost 400 new residences to the community, along with a brand new Jewel-Osco supermarket that at 58,000 square feet was twice the size of the store it supplanted. The developer collaborated with Jewel to meet the neighborhood’s interests and develop a flagship store in a central location. That resulted in greater numbers of people, including families, visiting the enclave to shop.

A community survey asking respondents whether adding The Sinclair and other area enhancements would make the neighborhood safer drew an 81% favorable response.

“Several of our multifamily developments feature grocery stores as the major retail tenant,” says Randy Fifield, chairwoman of Fifield Cos.

“We’ve partnered with these tenants to ensure that they’re delivering more than ‘just’ a grocery store. At The Sinclair, the wine bar, bistro and curated gourmet selections not only fit a discerning downtown-area demographic, but the sheer size of the store meets the varied lifestyle needs of Gold Coast residents.”

Two other Fifield developments are to offer in-building markets. Fifield will add West Loop Market to its Luxe on Madison within the next several months. Logan Apartments, under development in the city’s booming northwest side Logan Square neighborhood, will include a 27,000-square-foot small-format Target featuring a grocery section.

“Small-format Target stores cater to the . . . identities and needs of the neighborhoods where they’re located, hitting the sweet spot between a full-out grocery store and a convenience market for everything from food to beauty to home goods,” Fifield says. “They are ideal flagship tenants for urban neighborhood mid-rise developments like Logan Apartments.”

Put it together, and there’s little doubt a grocery in close proximity to a multifamily building is an inducement to reside in that building. For apartment and condominium building developers mulling the next hot amenity, that’s food for thought.

Top business leaders and policymakers discuss monetary policy at the World Economic Forum
China looks past Covid as tourist bookings surge for the Lunar New Year
‘Outright negative’ on stocks: JPMorgan’s Marko Kolanovic braces for correction, hard landing
‘Avatar: The Way of Water’ is the third James Cameron movie to gross $2 billion
5 Questions To Ask Yourself About Your Retirement Finances