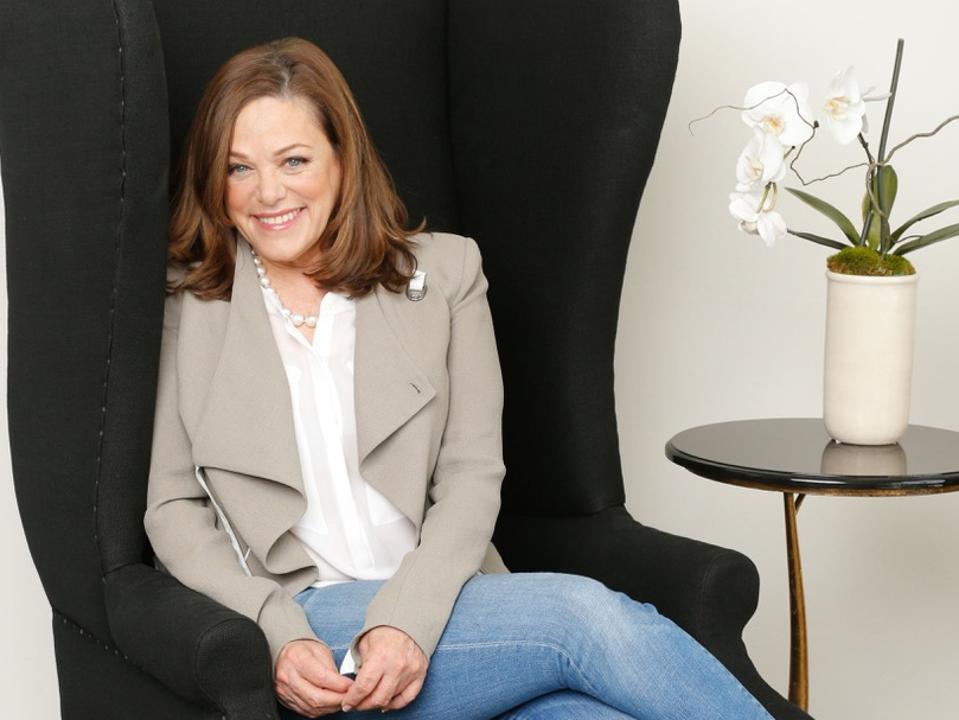 Not many women can say they started their multi-million dollar business at age 50 fresh out of a divorce, but Meredith Baer is one of those women.

At 71 years old, Baer is the CEO and founder of Meredith Baer Home, a luxury home staging company based in Los Angeles. For two decades, she has grown her business into an empire by taking houses for sale and transforming the interiors to help potential buyers better envision living in them.

Baer’s career path has been unlikely, to say the least. She was a former screenwriter, actress, and journalist before she stumbled upon her true calling by accident. As the story goes, Baer began her business after her landlord unexpectedly expelled her out of her home, forcing her to relocate her unusually large collection of 250 potted plants at a friend’s house, which happened to be on sale. That home sold almost immediately, and for $500,000 above the asking price.

“People may be brilliant at what they do, but that doesn’t necessarily mean they know how to move furniture around and make it look cute,” Baer said. “That’s why [home] staging has been so successful.”

Today, Meredith Baer Home has over 250 employees and stages the listings of the rich and sometimes famous (Rihanna, Elon Musk, Orlando Bloom, and Brad Pitt are all clients) from the Hamptons to Florida. According to Baer, her client’s homes usually sell for $2.5 to $4 million in Los Angeles, and Meredith Baer Home charges on average $15,000 to $20,000 per staging. Last year, the company staged 2,200 homes. A representative for Meredith Baer Home declined to give exact numbers for how much the company generates annually, but confirmed that it could be evaluated at $100 million.

A 2019 report by the National Association of Realtors found that 40% of home buyer’s agents said home staging had an effect on their client’s perception of the house, while 83% said it made it easier for the buyer to envision the property as a future home. Baer said that the biggest misconception people have about home staging is that it’s expensive in the grand scheme of things.

“The truth is that the homeowners reap the benefit usually by two to 20 times, and in a very short amount of time,” she said. “Houses will sell a lot faster and for more money. In the short run, it’s not really expensive, it’s just putting up the cash in the moment.”

In addition to home staging, Meredith Baer Home also offers regular interior design services, “instant” home furnishing services, and luxury furniture leasing. Home staging companies usually own warehouses filled with hundreds of thousands of items, an Aladdin’s cave from which they can pull furniture, artwork, decor, and textiles to fill a home with in a matter of days. Meredith Baer Home’s five warehouses boasts $76 million worth of furnishings over 380,000 square feet, according to Baer, and the company recently leased another 40,000 square foot warehouse in northern California.

In the two decades that she’s been growing her business, Baer shows no sign of stopping. She just got back from Spain—the first vacation she’s taken in four and a half years—and “didn’t know what to do with myself” while there, she said, laughing. “I’m a complete junkie when it comes to furniture—I can’t take my mind off it. I’m constantly looking for ideas and things we can do just a little bit differently.”

Baer talks animatedly about everything home-related, from how she’s really been into leather trimmings on furniture lately, to Trump’s tariffs on China, which will affect her company’s furniture production. I caught up with her to discuss her daily routine, how she manages her business, and her unlikely cure for insomnia.

On how her mornings start:

I’m usually woken up by my cat. I feed her, and of course [have] a nice strong cup of coffee. I do a game of sudoku to get my brain going and have a quick look at the newspaper.

If I go into my office, it takes me about an hour each way, so I’ll generally just work from home and phone into a lot of meetings. My day’s divided between the process of buying inventory, and looking and thinking about the jobs that my 35 designers are doing. I’ll give feedback, usually really positive, and making decisions about what to put into production. From the time I wake up to about 6:30 to 7 pm at night, it’s just go, go, go.

I do about 12 trips a year—we go to all the furniture shows all over the world. Traveling is not the most fun thing in the world, [but] it’s worth it to me when I get there. Last year we went to the Maison show in Paris, and then just for inspiration we shot over to Antwerp, Amsterdam, and Copenhagen. Some people in my group went to Italy and Morocco and they got right in there with rug dealers in Morocco, negotiating deals and all of that. You have to keep your eyes open and see what’s going on and what other people are doing.

On managing her inbox:

I probably get about 150 to 200 emails a day. I try to just deal with them as quickly as I can when they come in, and I delegate. I spend a lot of my time just looking at homes that are for sale and looking at the interiors and what people are doing with them.

On her after-work wind-down routine:

The rest of my day, I either get together with friends for a glass of wine and just talk, or I’ll stay in. I love Amazon Prime and Netflix. I get completely addicted to some of these shows. I’ve been watching this British detective show called Endeavor, and Big Little Lies on HBO.

I usually fall asleep between 10 and 12. I used to have a lot of trouble sleeping, but I’ve come up with a solution. I live on this street and there are under 50 houses on it. The way I go to sleep is I start at one end, visualize the house, and go up and down the street and count them. I usually don’t make it to the end because I’m asleep. Even when I’m sleeping, I have houses on my mind!

On being a female CEO and sexism in the industry:

When I first started, I was really making up a new industry that just didn’t exist before. As we grew, I needed to hire people in different positions. I have to say, over and over, I encountered men who said, “Well, what you need to do is…” And they didn’t have any experience doing it! I would never have the nerve to tell someone that, so that pretty much meant they weren’t getting hired.

I’m very women-heavy in my company, and it’s actually very diverse as well. We have every shape, size, and nationality of person.

I fell in love with a girl’s school, the Archer School for Girls, and within a week I gave them a million dollars. It felt great.

When I was on vacation I really missed my work. I just can’t imagine doing anything else. I would just be twiddling my thumbs if I were retired. I really think that if you follow the trail of what interests you, the energy is just there.

I certainly don’t have the same energy that I had when I was young or when I was 50, even. In the beginning I was installing all the jobs myself, writing the contracts, making the deals, and buying the furniture. Now, I couldn’t do that, but I’m sort of the mother hen.

On how she manages her money:

It’s very unusual, but I grew the company without ever borrowing money. I would just take the profits and put it back into the company. Then I hired a couple of men at one point and they took the same information to the bank and they were throwing money, begging for us to take their loan.

I grew up in journalism, and then I was an actor, but I wasn’t a super successful actor or writer. I always had to watch out [for] money. Even though I have a hundred million dollar company now, I’m still that same girl, worrying about money. It just lets me sleep better at night to not have a lot of debt.

The one thing that’s changed for me, though, is philanthropy. It comes very easy to me. I fell in love with a girl’s school, the Archer School for Girls, and within a week I gave them a million dollars. It felt great, and I’m on the board now. I just took a trip to Spain and I rented a villa and I invited some of my neighbors to come with me. It was really fun.

On her craziest purchases:

If I splurge, it’s on art or maybe a beautiful rug. I have [art] pieces worth hundreds of thousands, and I’ve purchased a handmade rug before that was $30,000.

With art, it’s really about wanting to live with it and keep company with it. I’ll invest from time to time to some crazy great wonderful piece of art. When I first started, I bought a Hockney that I thought I was absolutely out of my mind to spend that money [on]. It’s gone up in value times seven since I bought it 20 years ago.

Oscar-nominated ‘Everything Everywhere All At Once’ features an IRS ordeal, but here’s what really happens in an audit, according to tax pros
Stocks making the biggest moves premarket: Intel, Chevron, American Express, Silvergate and more
This Social Security change would be ‘easiest and quickest,’ Manchin says. What debt ceiling negotiations may mean for benefits
IRS warns tax refunds may be ‘somewhat lower.’ With high inflation, that’s a ‘double whammy’ for families, says advisor
The Average Rent In Boston Now Rivals Bay Area Cities