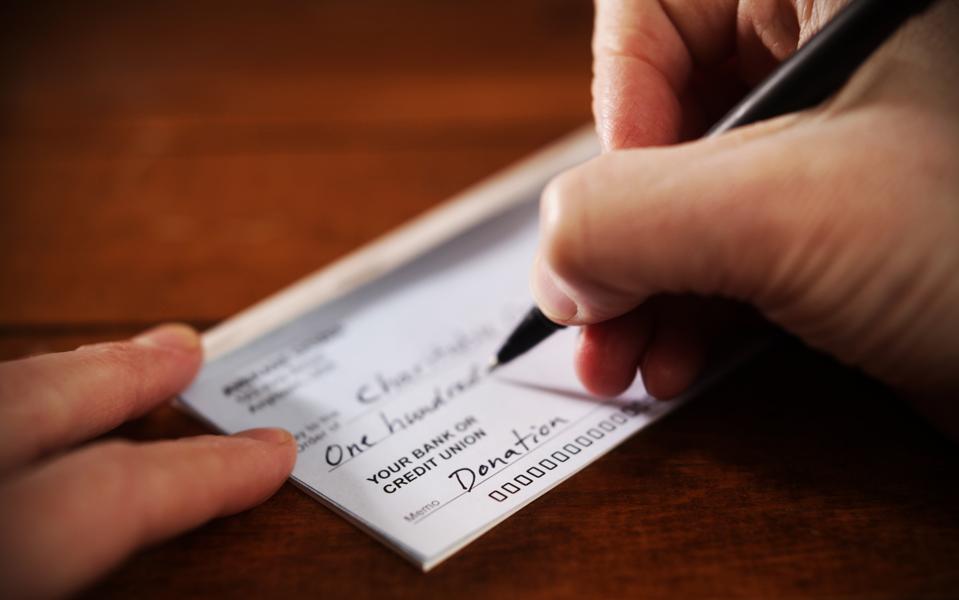 On Monday, I gave a speech in front of the National Association for Enrolled Agents (NAEA) about challenges in the tax profession. One of the things that I talked about was the importance of following the rules. Today, a district court judge ruled against the Internal Revenue Service (IRS) on just that point: they didn’t follow the rules.

The case focused on an exempt organization (EO) donor disclosure change. Last year, the IRS issued guidance repealing the donor disclosure rules for nonprofits. Specifically, Rev. Proc. 2018-38 stated that certain nonprofit organizations are no longer required to report the names and addresses of their contributors on tSchedule B of federal forms 990 or 990-EZ.

Before Rev. Proc. 2018-38, the IRS required most tax-exempt organizations to report the names and addresses of all persons who contributed $5,000 or more during the taxable year. The IRS also required social clubs (§501(c)(7) orgs); fraternal beneficiary societies (§501(c)(8) orgs); and domestic fraternal societies (§501(c)(10) orgs) to report the names of donors who contributed more than $1,000 during the taxable year “to be used exclusively for certain religious, charitable, or educational purposes.”

This information collected by the IRS is also used by states. Federal law generally prohibits the sharing of tax information, but there is an exception that allows for the sharing of information between federal and state governments (section 6103(d)). Congress made the exception to help states with compliance without the need to spend extra money to get the same information already available to the feds.

That’s what happened here. States like Montana and New Jersey argued that they had relied on the information on Schedule B to track contributions. That allowed the states to, among other things, make sure that entities soliciting contributions inside state borders have registered or provided information under the appropriate law.

When the IRS changed the disclosure rules under Rev. Proc. 2018-38, the states no longer had access to this information. As a result, they filed a lawsuit.

The IRS moved to dismiss the lawsuit, arguing that the states lacked standing. Standing is a legal term that basically means the right to bring a lawsuit; in other words, you have to prove that you have an actual interest in the outcome. The states argued that they did have standing because the IRS’ action harmed their “ongoing and future interests in obtaining information on which it has relied.”

The question wasn’t whether the states – in this case, New Jersey and Montana – were actually harmed or how much they were harmed but whether they had enough of a stake in the outcome to file the lawsuit. The Court found that states did have standing, rebuffing the IRS’ attempt to dismiss the case.

With that, the Court moved on to the next question: Did the IRS follow the rules when the agency issued its guidance?

The plaintiffs argued that Rev. Proc. 2018-38 was a legislative rule that required the IRS to follow the Administrative Procedure Act (APA). Specifically, the APA allows for a notice-and-comment procedure: under the APA, agencies must publish notice of a change to a legislative rule in the Federal Register and allow the public time to comment.

The IRS claimed that Rev. Proc. 2018-38 simply involved “a rule of IRS procedure or practice,” and not a legislative rule. It was instead, the IRS says, just an interpretive rule. That means, the agency reasoned, that it was not subject to the APA.

The Court disagreed, siding with the states. The Court further noted that the IRS must “comply with the APA’s notice-and-comment provision when it amends a long-standing regulation that implicates the collection and sharing of this information.”

It’s worth emphasizing that the Court did not assess the merits of Revenue Procedure 2018-38. The court merely found that the IRS did not follow the rules. With that, the Court ordered that Revenue Procedure 2018-38 be set aside (in other words, made invalid). If the IRS wants to try again, the agency must follow the proper notice-and-comment procedures. Judge Brian Morris wrote, “Then, and only then, may the IRS act on a fully-informed basis when making potentially significant changes to federal tax law.”