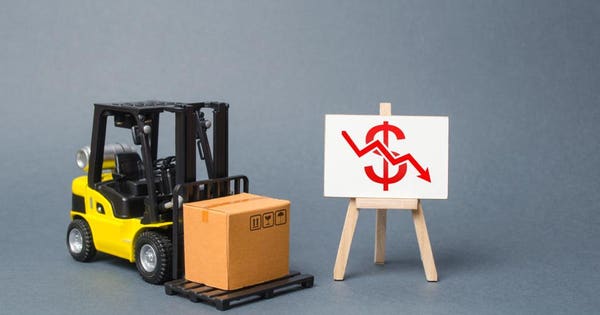 “Strategy without tactics is the slowest route to victory. Tactics without strategy is the noise before defeat.”

Last year I wrote several pieces about the potentially negative effect of Trump’s trade wars on companies, the agricultural sector, workers in every U.S. state, and on banks. Unfortunately, recent Gross Domestic Product data are now the negative effect of Trump’s multiple front trade war.  Imports increased which exports decreased by over 5%; this increased the trade deficit he claimed that he wanted to decrease. Also worrisome is that business investment declined by 0.6 percent; this is the first such decline since the first quarter of 2016. Moreover, as Politico’s Victoria Guida and Ben White point out, multiple manufacturing indices are performing worse now since Trump began his trade tariff threats. Worse yet, manufacturing job growth has slowed significantly.

According to S&P Global ‘Corporate Capex Survey: Curbed Enthusiasm,’ “Escalating trade tensions have heightened fears that economic conditions in the U.S. have worsened, with signs that businesses are curbing investment. North American corporate capital spending has seen a dramatic slowdown, with spending growth slumping from 9% last year to a projected 2% this year.”

And the alleged benefits of Trump’s tax reform have been short-lived, so companies will not get anything further to offset the impact of trade tensions. Even at the beginning of this year,  a well-researched and documented survey conducted by Strategic Treasurer and TD Bank, America’s Most Convenient Bank®, showed that a significant percent of companies surveyed had not benefited from Trump’s tax reform, nearly as much as they had hoped.

Unfortunately, trade tensions are leading the Federal Reserve to cut rates tomorrow. This will hurt savers and will incentivize households and companies to take on even more debt.  Household debt has already risen for 19 quarters in a row; it is now at $1 trillion higher than its previous peak during the fourth quarter of 2008.  This level of debt represents 68% of GDP, which is a lower percent of GDP than it was in 2008, 83%.  An interest rate cut now, however, is likely to push household debt higher at a time that GDP growth is slowing down.

U.S. corporate debt is much more worrisome than household debt. Corporate debt in the U.S. has risen to 70% of GDP.  Unfortunately, as this article by CNBC’s Jeff Cox shows, many of those companies are using a lot of their debt to buy back shares rather than to increase staff’s salaries or to generate strategies that will lead to sustainable earnings.

Cutting interest rates will lead to more zombie companies. As I described last month, zombie companies are threatening not only the U.S. economy but the global one as well. LCD data on a trailing-12-month basis show that “overall leverage for large corporate entities–measured as total debt to EBITDA of new transactions–has picked up by half of a turn, rising to 5.4x in 2019 from 4.9x in 2007.” S&P points out that “While the increase in total debt leverage may seem modest in historical context, beneath the surface, the first-lien leverage is rising at a much faster pace over the same span, implying increasingly aggressive capital structures and, in many cases, one that consists exclusively of first-lien bank loans.”

Importantly, S&P explains that LCD’s market statistics are based on adjusted EBITDA, which include management’s estimated cost savings and synergies. “As such, the market statistics often understate the underlying leverage as EBITDA add-backs have become more common and larger over time. We’ve reflected this trend in our issuer credit ratings (ICR), which are a proxy for relative default risk, which show a substantial shift in distribution of ICRs towards lower end of our rating scale. However, we note that this shift also reflects an expansion of the rated universe in the U.S. from roughly 1,250 in December 2009 to more than 1,600 at the end of the first quarter of 2019, with a strong majority of new issuers in recent years being smaller, highly leveraged, and often owned by private equity sponsors.”

Not only are probabilities of default rising, but recovery rates are declining.

Lower interest rates will only intensify the already crazed hunt for yield. What debtors and investors need to remember is that lenders always want to get paid back.  An eventual recession will lead to serious late payments and defaults, which in turn will lead to laying off workers, many of who are very indebted.  A cut in interest rates is unlikely to satisfy Trump’s desire to cur rates even lower, which he hopes will benefit his re-election chances and his stockmarket investments. Federal Reserve officials should do everything they can to ignore his tantrums. His job is to get re-elected while the Federal Reserve’s job is economic and financial stability for the sake of ordinary Americans.

$11 Million Condo In NYC’s Historic NoMad Area Stays True To Its Glory Days
Oscar-nominated ‘Everything Everywhere All At Once’ features an IRS ordeal, but here’s what really happens in an audit, according to tax pros
5 Questions To Ask Yourself About Your Retirement Finances
Are digital wallets safe? Here’s what to know as the battle between big banks and Apple Pay heats up
Tax filing season has kicked off. Here’s how to get a faster refund