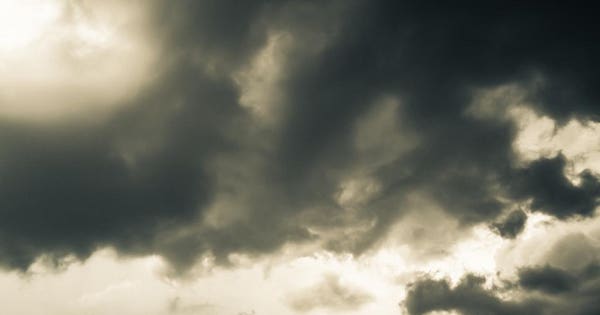 Weather prediction is getting much better. Now, innovative companies are spinning that increased capability into lucrative new business models.

The dark clouds. The sky in black. Pattern of the clouds of tornado, Hurricane or thunderstorm. Sometimes heavy clouds but no rain

It’s a gamechanger for business.

The Boston-based startup was founded by three Israeli military and special forces veterans, Shimon Elkabetz, Itai Zlotnik and Rei Goffer. The trio met again while studying at Harvard and MIT. They had a big idea to fill in the gaps present in existing weather forecasting tools.

Traditional weather forecast models use data from satellite, radar and weather stations built specifically for collecting environmental information. These systems are extremely expensive. They are also few and far between in underdeveloped countries.

There is also the problem of blind spots. Satellite imagery is useless in cloud cover. Radar does not work at ground level. Weather stations have limited coverage and may cost tens of millions.

Mumbai, an Indian city of 18.4 million people, for example, is served by only one government-funded station. The Deccan Herald reports that hobbyists are frantically trying to fill the gaps with makeshift solutions.

ClimaCell is tackling the problem with software.

Its Hypercast platform analyses how weather changes wireless signals beamed between cell phone towers and mobile devices. These subtle changes are imperceptible to smartphone users, but they are powerful data points for ClimaCell.  And it means 500 million new sensing points, in every corner of the globe.

The company partnered with Vodafone in 2018 to bring in data from the wireless company’s extensive internet of things network, including cameras and new weather sensors.

During an interview with the MIT Industrial Liaison Program in 2018, Goffer claimed ClimaCell’s technology is capable of accurately predicting hyperlocal weather almost anywhere in the world, up to six hours in advance. Because it is software-based, there is no expensive hardware to deploy, and the technology can scale rapidly.

Three years ago, the business was three friends with a bright idea and a PowerPoint slide deck. Today, ClimaCell has 50 employees and has raised $75 million in seed funding, according to a report from Crunchbase. The technology is also attracting a lot of interest from insurance companies, agriculture concerns and the corporate world.

JetBlue managers were so impressed they went from being a client to investor. Hypercast helps the company see micro-patterns of weather within a quarter mile. That’s close enough to determine if a jetliner should be de-iced, and if so, how often.

De-icing fluid costs around $2,500 per spray. Considering JetBlue aircraft are taking off constantly from blustery winter climates of Boston, Washington and all three New York airports, the cost adds up quickly.

Ford Smart Mobility is another company that jumped from client to investor. The Ford Motor division is focused on autonomous driving. In the future, it hopes to use ClimaCell data to route autonomous vehicles around bad weather.

Right now, ClimaCell is a private company. Its innovation is software. However, the best way for investors to play the trend is hardware. And that means cell towers.

Crown Castle International is a real estate investment trust. If you’re operating a cell phone in the United States, you probably depend on its infrastructure. It’s the largest operator of cell phone towers and small cell networks supported by fiber in the country.

It completely dominates the segment with 40,000 towers and 87,500 miles of fiber. And the company is only getting started.

Most people believe opportunities for growth are limited when you’re on top of the heap. That is one way to look at things. Another is to press your economies of scale, and get even bigger, more dominant, and lift prices.

The Houston-based company has been around since 1994, but in 2007, managers began to focus on the things the company really does well. It doubled down on its U.S. business and began to aggressively expand its footprint, and leverage.

Crown Castle still gets about 84% of its revenues from AT&T, T-Mobile, Verizon and Sprint. That is not a bad thing. Tower infrastructure is limited. And building small cell networks, like radio equipment perched on city streetlamps and tall buildings, is less fragmented than you might think. Crown is dominating there, too.

Meanwhile, start-ups like ClimaCell are finding new ways to make use of the infrastructure. This benefits Crown because it means carriers are willing to pay higher rents.

The stock has also been a big winner, rising 20% in 2019, and 50.5% during the past three years, excluding dividends. Investors who want exposure to the next wave of wireless should consider the shares.

Know The Times When An IRA Conversion Is Most Likely To Pay Off
How ‘Skinamarink’ made $1.5 million on a $15,000 budget
Suze Orman: Americans are short on emergency savings amid ‘dangerous scenario’ for economy
These are the key tax forms you need to file your return — and when to expect them
‘M3gan’ box office success sets the stage for a scary good year in horror