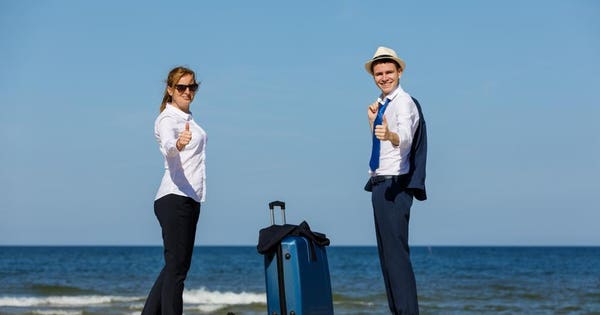 Does this sound familiar?

You’re on either side of your tenth-year reunion, yet you’re still hounded by onerous college debt. Your kids are tugging at whatever passes for apron strings these days. You want to buy a house but the money’s too tight. You see all your friends jetting off to “bucket-list” vacations while you can’t risk leaving work for even an extended weekend. And saving for retirement? You know that’s the smart thing to do but how can you afford to do it.

You’re caught in the classic “life sucks and then you die” spiral of maddening descent.

Then along comes a comfortably dressed peer. She insists, “you can have it all.”

She convinces you that you’ve pigeon-holed yourself into a paradigm of the past. “You’ve adopted the same lifestyle strategy as your parents. Things have changed. Big time. This is not your father’s retirement plan.”

Worse, she then caps off her argument with this coup de grâce: “You can’t expect a 65-year-old to know what your life is like. Why listen to anything they tell you?”

You have a different life.

You can’t rely on the same strategies as your parents. They don’t reflect today’s modern reality. You must strike out on your own in a new and distinctive way.

And you can still have it all!

She works out of multiple remote offices, often from exotic locales. You’d like to do that.

She goes out with friends and talks about the trade-off between paying for graduate school and having a second child, all while pretending to enjoy watching as others play Minecraft. You feel like that’s your life, too.

A mere moment of consideration leads you to the obvious conclusion: Live for the needs of today, not for the hypothetical needs of tomorrow.

Congratulations. You’ve just crossed over to the dark side of Baby Boomers.

There once was an era (possibly more, but this recent one offers the greatest relevance) when car bumpers proudly wore stickers proclaiming “He who dies with the most toys wins.”* Drivers of those vehicles worried not about the future. Those behind the wheel didn’t care to sacrifice today for retirement tomorrow.

The bumper stickers proliferated in the 1980s. The drivers were Baby Boomers.

In the booming 80s, it was easy for Yuppies (“Young Urban Professionals” for those not inclined towards cultural history) to eat, drink and be merry, for—who knows?—tomorrow they may die. This might have made sense during the height of MAD (“Mutually Assured Destruction”), but the Cold War ended with barely a thud in 1989 and still the attitude continued.

For those whom the 1980s killed, this philosophy probably worked. Why save for the future when you have no future? This is akin to eating a healthy last meal when you know the hangman’s noose awaits you.

Reality for most, however, isn’t this mortal. Actuarially, you’re going to live far into your seventies if not well into your nineties. On the bright side, Baby Boomers, as they have always done, have paved the way in this grand social experiment of youthful hedonism.

The interest, then, is in what happened to those young adults of the 1980s who survive today? Did they abide by the “He who dies with the most toys wins” mantra?

Of course, people’s ability to predict retirement is marginal. Sixteen years ago, 54% of the then 50 to 64 age group felt they would retire in comfort while 77% of those same people today (now age 65 to 80) admit they are living a comfortable retirement.

On the other hand, there might be another explanation for this difference.

Could it be this divergence between older Baby Boomers (already retired) and younger Baby Boomers (not yet retired) could be explained by the rise of the “He who dies with the most toys wins” thinking?  Being in their mid-twenties to mid-thirties when the 401(k) was first offered, this younger cohort might have been more susceptible to living for today and putting retirement off for tomorrow.

Are Millennials, thinking they shouldn’t listen to the “out of date” advice of their parents, now poised to make the same retirement mistakes the Baby Boomers made?