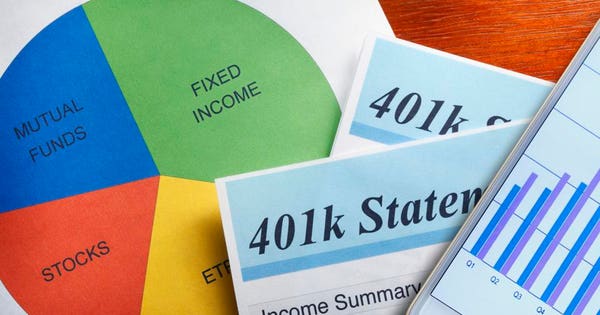 Retirees taking withdrawals from 401(k) plans can make costly mistakes if they are not familiar with the mechanics of their plan.

In my last articles, I spoke about how regulatory pushes are interfering with common sense advice to transfer a 401(k)-to-IRA after a separation from employment despite the many benefits for doing so.

For retirees taking regular distributions from their accounts, there are two additional 401(k) complexities that can penalize savers for simply trying to maintain a sound investment plan while taking withdrawals.

The first is that most plans will not allow a participant to withdraw from the most advantageous investments, but rather force participants to take withdrawals pro-rata across all of their funds.

A sound investment strategy dictates taking a withdrawal from the most advantageous fund at the time the investor needs the funds. When the stock market is up, this would mean taking from stock investments to maintain a target allocation.

More importantly, when the market is down, it is foolish to sell shares for your income. During the 2008 downturn this could have meant selling with losses of 40% or greater!

If one leaves investments within a 401(k) plan at separation and simply takes withdrawals, even if the only fund used is a target-date retirement fund, investors in a 401(k) plan are forced to withdraw money from stocks.

In the investment philosophy I share with clients, stocks are meant for long-term growth (7-10+ years ideally); while the primary benefit of bonds is not simply to provide income, but more so for stability. In retirement, we draw from stable assets to avoid this very problem. At retirement, one should have at least five years of stable assets to prevent needing to touch stock investments during a crash and recovery.

Now, it might be possible to rebalance around the period of the withdrawal, but here we run into another issue that is common to so many 401(k) plans which have confusing and a significant number of fees or withdrawal restrictions on fund investments if an exchange has been made within a period of several months.

What this means is that if you wanted to take a withdrawal, maintain a balance in your 401(k) account and try to work around this problem by shifting money from your bond investments to stocks to replenish the amount taken from a depressed stock fund, you might face monetary and other penalties for making exchanges.

So-called “excess exchanges” can work in several ways. Often there is a trading restriction that limits your ability to trade funds in the future for periods up to a year. There can be fees involved with “excess trading” that can be deducted from your account. There are even funds which will not allow you to transfer directly from that fund “to a competing fund,” you must first move to a “non-competing fund” and, while making sure you are aware of the restrictions of all funds involved!

To add to the confusion, these restrictions most often operate at the fund level, where each fund can have different rules. To simply make exchanges in your plan in order to maintain your balance, one would have to research the rules of each fund to be sure they won’t be triggering a monetary or trading penalty.

Despite the current push by regulators and others suggesting to be a “fiduciary” means often advising to keep money within 401(k) accounts at retirement, there rarely is a good reason to do so. Especially after considering the complex and everchanging fund rules, as well as the lack of ability to choose where to take your withdrawal, most benefit by transferring their money to an IRA.

Before you enroll in Medicare, what to know about new rules that eliminate coverage gaps
How to protect yourself from tax fraud and scams, according to cybersecurity experts
Stocks making the biggest moves after hours: Whirlpool, NXP Semiconductors, UnitedHealth and more
Ford sold 91 million shares of EV startup Rivian last year
Stocks making the biggest moves premarket: McDonald’s, UPS, General Motors and more