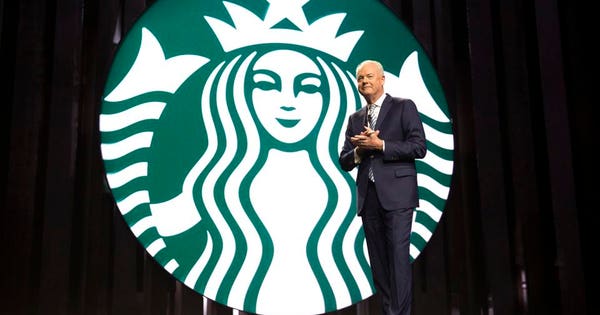 Starbucks (SBUX) turned in a solid Q3 report sending the stock up almost 9% on Friday. Wayne Himelsein, one of my best managers, bought and recommended Starbucks to us on March 9th at $69 and June 30th at $84. He is buying more at $99 and says Copart (CPRT) is showing Starbucks-like signs of strength.

Ken Kam: Wayne, it’s unusual for you to bring up the same stock over the course of a few months as you did with Starbucks. On Friday we saw the stock skyrocket on an impressive earnings report. Was that what you were expecting?

Wayne Himelsein: I study price behavior rather than the fundamentals, not because I don’t care, but because I believe, and have confirmed through decades of experience, that it’s all priced into the stock. That is, all known information, and related future expectations, are why it moves along the path it does and ends up trading where it is trading — at every moment.

All the analysts that are studying every facet of Starbucks, from units of vanilla lattes sold per Saturday to new store openings per county, always come to a final determination that can only be implemented in a very simple binary decision; buy or sell! The simple idea is that if all those who believe it will beat earnings buy aggressively, and I detect that aggression, I implicitly buy the earnings beat expectations!

So, in a way, yes, it was what I was expecting!

Kam: You recommended this stock twice in four months. Was there something that gave you more conviction about this stock than others you’ve recommended.

Himelsein: Yes, there was a reason I decided to double down, which in fact, has me tripling down at this moment. The simple answer is follow through to my expectations. I look for strength, plain and simple. I do it in a rigorous way, but at the end of the day, I want to see demand in a stock far exceeding that of the market or its peers.

When I first talked about Starbucks in March, it had demonstrated that. Then when we got to late June, it had delivered on its strength and then some. It had climbed over 20% since our March discussion, and as I expressed in June it did in an even stronger way than it had done preceding my initial selection of it. Logically, if strength begets strength, then bigger strength begets bigger strength.

Kam: To your point, Starbucks is now up almost another 20% through July since we talked about its 20% gain in June!  But to be fair, this idea of acceleration of strength cannot go on indefinitely. Seems like it has to end at some point.

Himelsein: You know, it is a common misconception that “it has to end”. Yes and no. The yes is that many strong trends do end, of course, they do. But many go on much further and longer than anyone would ever imagine. To use this exact example, in the year 2000, Starbucks was trading, split-adjusted, at about $5 bucks. It’s now touching $100. That’s 20x in 20 years.

If the strength I see continues, I’m happy to ride it for years, but then drop out when I start to see it fade.

Kam: Do you have another stock showing Starbucks level vibes of strength?

Himelsein: Copart, which is in the business of online car exchanges, is an extraordinarily well-behaving stock. The supply/demand characteristics that I so often look for are of course confirmed, with rigor. Standing back, it started a powerful uptrend at the beginning of 2016 and has been impressively maintaining it ever since.

Interestingly, it took a huge dive right before the Q4 2018 meltdown that started around October 1st, releasing a bad earnings number on September 19th that resulted in a big gap down. But given this event, it didn’t get too smacked during the broader market event that followed. This was curious to me as if the heavy selling had already been done, and there was not much more on the supply side.

If it didn’t tumble further with the market it demonstrated that the sellers who wanted out had already gotten out, so it was stabilizing.

Kam: What happened next?

Himelsein: It bled a little lower, but generally stabilized itself over the months of October 2018 through January 2019. From a general view, it was in a relatively small sideways range from late September to January. And then it was done.

I suspected it would be done based on its having held up with no further selling through such a rough market patch, but then it confirmed this for me starting in February when it shot up in a few weeks to reach halfway through its September 2018 gap down. It was almost back.

Then, after a bit of consolidation during March, again it shot up, but this time reaching, before the end of April, the prior heights achieved before the earnings miss. But the fun was nowhere near over at that point! Because come May, the only dismal month for the S&P in the year 2019, Copart leaped up yet again, reaching all-time new highs that far exceeded its previous ones.

By June, it was in a new world, with clear skies ahead. Finally, since July began, it has only been climbing, day by day, inch by inch, relentlessly pushing to consistent new highs. This stock licked its wounds and is good to go in continuing it’s an incredibly bullish trend. I love it here.

My Take: Wayne has an 18+ year track record delivering nearly twice S&P 500’s return over that period. Few managers have outperformed the market for as long and by as wide a margin.

Click here to learn more about Wayne, the stocks he has been buying recently, and sign up to be notified when he updates his views.