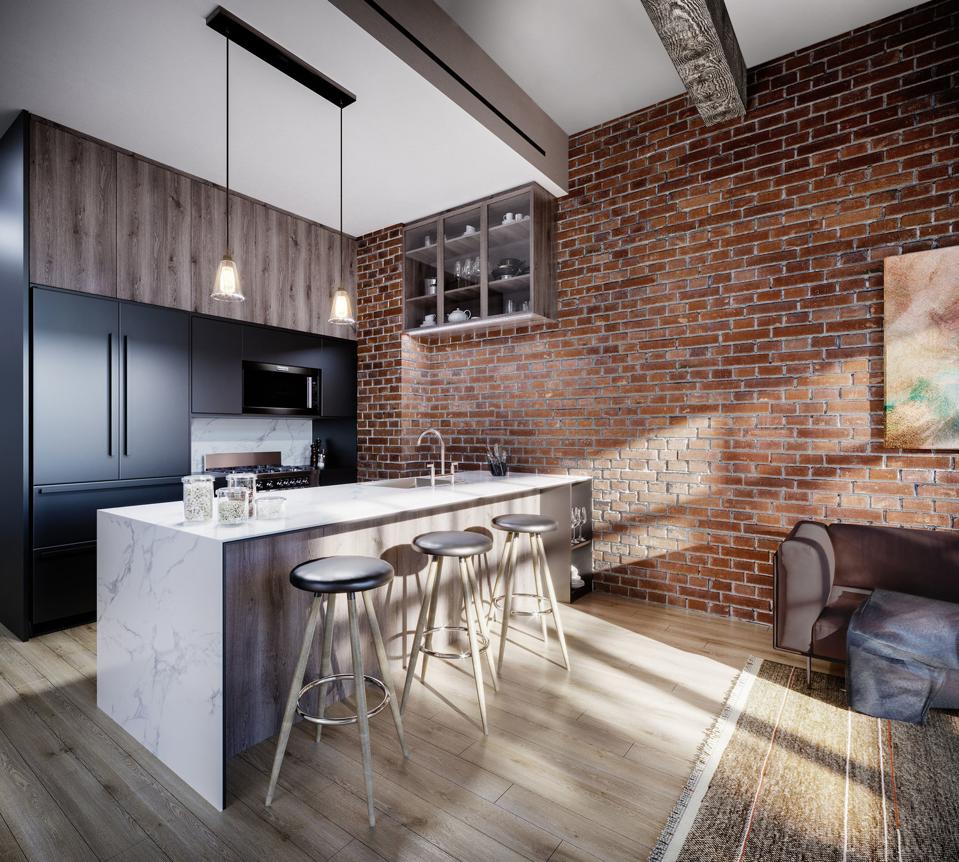 Everywhere you turn in New York City, it seems there’s a new glass tower springing from the ground. But some developers have decided instead to repurpose vacant, historic properties, and getting creative by retaining their original details.

Here are a few cool conversions dotting the landscape.

This former Long Island City zipper factory was abandoned for 15 years until developer Circle F took it over, retaining its exposed brick walls and timber wood ceilings for its 41 condo units, ranging from $871,000 for a one-bedroom to $1.945 million for a 3 1/2-bedroom, three-bathroom apartment. A mosaic in the lobby resembles a zipper.

“Everything else in the neighborhood is just ground-up construction,” says Eric Benaim, chief executive officer of Modern Spaces, which is marketing the Zipper Building. “This stands out because it has a lot of character and a lot of history.”

The Residences at Prince, Little Italy

In 2014, the Archdiocese of New York sold the 200-year-old St. Patrick’s Old Cathedral School and convent to developer Time Equities Inc. for a reported $32 million. The complex has since been converted into a townhouse, which sold last year for $21 million, and seven condos, two of which are on the market for $9.74 million and $11.3 million.

While the conversion of a landmarked building was a little more complicated than an abandoned factory — the archdiocese was involved in discussions with the city’s Landmarks Preservation Commission — the plans were ultimately approved.

“We were saving the best of the historic buildings,” says Francis Greenburger, chief executive officer of Time Equities Inc. “We had to maintain the exterior exactly as it existed before and rebuild it where there were structural things that needed to be done, but using original materials.”

The Roman Catholic Diocese of Brooklyn was another religious organization to let go of its real estate holdings, selling its chancery building to developers for a reported $5.84 million in 2012.

Ben Levine, executive vice president of finance and acquisitions at Douglaston Development said the conversion was challenging as the five-story building contained vaults that had once held cash.

“It was really a challenging process and it would frankly have been cheaper to do new construction, but I think the results are magnificent,” Levine said. “We recognized it could be a very challenging conversion but we also saw the potential of the building”

On the northern outskirts of Hudson Square, once known as the printing district for the concentration of printing presses, 90 Morton was converted to condominiums. The first eight floors are from the original printing warehouse, while the top four flours are new construction, all designed by architect Asaf Gottesman.

The main challenge was the strikingly different attributes of the base building and upper floors, says Shlomi Reuveni, president and chief executive officer of Reuveni Real Estate, which leads marketing and sales for the building.

“The bones of the building, in terms of a conversion, were great,” Reuveni says. “The brick is big, the walls are very thick, the floors in between are thick.”

The market for conversions over new construction remains strong, according to Reuveni.

“There is a certain integrity and history for a conversion that you cant see in new construction,” Reuveni says. “That has a very strong appeal among buyers. There are plenty of glass buildings around us, and plenty more coming on the market, so a conversion is unique.”

Biden administration rolls out a blueprint for a ‘renters bill of rights’ – Here’s what it includes
Hasbro warns of weak holiday quarter results, cuts 15% of its workforce
Here are 5 things to know about filing a tax return this year
Tax Cheats, Dodgers, Avoiders, And Evaders
Your 2023 Guide To Entertainment And Meal Deductions