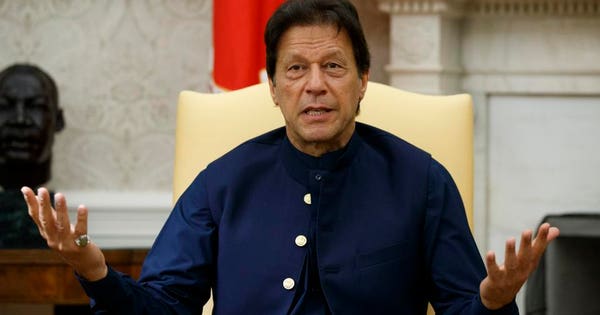 The International Monetary Fund (IMF) is Pakistan’s new government. When it comes to major economic decisions, that is. IMF sets the policies that will either make or break the country’s economy.

Early this month, the Washington-based institution gave Pakistan a $6 billion loan that helped the newly-elected government of Imran Khan cope with large government and current account deficits, and soaring debt.

Pakistan’s Government Budget deficit and Current Account deficits reached 6.60% and 5.80% of the country’s GDP, respectively, in 2018.

That’s why the country had to appeal to China and Saudi Arabia for loans to deal with the situation.

“Pakistan had secured billions of dollars in loans from friendly countries including China, Saudi Arabia and the United Arab Emirates. But even that was not enough to cover the interest payments on past debts,” says Professor Roy.

That’s why Kahn had no choice but to knock at the door of IMF for the loan.

The trouble is that the IMF loan came with conditions that, in essence, set the economic policy agenda for the Khan government. Like improving tax collection and ending utility subsidies.

“Very few Pakistanis pay income taxes; the IMF wants a rapid increase in tax collection,” explains Professor Roy.“The IMF also wants major cuts in government spending. Knowing that this austerity will invariably cause a growth slowdown, the IMF is also demanding higher spending on services for the poor and on investment in poor areas. The IMF wants an end to subsidies for gas and electricity, with the government-administered prices for those items to be set by an independent body.”

Then there’s IMF’s call for an independent central bank, which will set monetary policy; and the call for a floating Pakistan rupee.

These are good measures, and could help the Pakistan economy get out from the vicious cycle of government and current account deficits that feed into the soaring domestic and external debt.

The trouble is that IMF’s conditions could make things worse for the Pakistani economy; and alienate Khan from his electoral base, the middle class.

Furthermore, one of the sources of Pakistan’s soaring external debt — the China Pakistan Economic Corridor (CPEC) project — remains intact, as discussed in a previous piece here.

Meanwhile, the presence of IMF, an American institution, in Pakistan could fuel a nationalistic backlash against the Kahn government, given America’s closeness to India; and the low approval of US by Pakistanis.

And it could explain why Pakistan’s equities have been heading south rather than north following the announcement of the IMF loan to Pakistan.

What is a ‘rolling recession’ and how does it affect consumers? Economic experts explain
Intel shares drop on weak quarterly results and expectations for another quarter of losses
In The Famous Bird Streets Of Los Angeles, An Architectural Gem Hits The Market For $13.7 Million
‘M3gan’ box office success sets the stage for a scary good year in horror
House GOP study group is proposing changes to Medicare. Here’s what you need to know