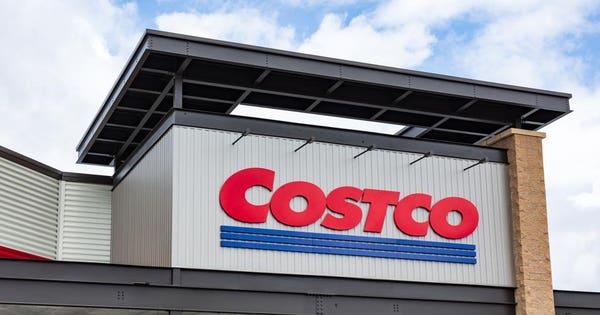 Costco has been beating Amazon and Walmart on Wall Street — and Main Street — recently.

On Wall Street, Costco shares have gained 38.94% YTD, compared to 30.80% of Amazon and 23.59% of Walmart; and the gap with Amazon is even bigger when dividends are factored in.

On Main Street, Costco is ranking 83 in customer satisfaction compared to 82 for Amazon and 72 for Walmart.

Costco’s lead in these two metrics may come as a surprise to some. Amazon is the world’s most valuable brand, while Walmart ranks 32 on the same list, well ahead from Costco, which ranks 62.

But it’s mostly a numbers game. Costco is the smallest company among the three. And that makes it easier to grow its revenues, especially when compared to Walmart, which is three times bigger than Costco.

That’s something Wall Street follows closely. A smaller size allows Costco to better serve its customers. And it offers something that Walmart and Amazon cannot – a ”unique shopping experience” according to Jeff Yastine, Senior Equities Analyst at Banyan Hill Publishing.

“While customers know they can buy bulk quantities of goods, they also know that they in the midst of shopping Costco’s aisles, they may well stumble on to some other product that they haven’t seen before – and have to snap up before it’s gone” says Yastine. “That’s an experience that Amazon and Walmart can’t lay claim to.”

Dave Andreadakis, Chief Strategy Officer at Kobie, agrees. “Costco is a great example of how a company, in an increasingly commoditized space, can leverage its digital experience to keep customers happy and coming back,” says Andreadakis. “Costco has built out an impressive digital and in-store experience to rival the likes of Target and Amazon by delivering an experience that consumers crave. It is clear Costco values its customers and strives to meet their expectations through its commitment to convenience and excellent customer service.”

Still, it’s the “bricks-and-mortar” side of Costcos’s business that makes the difference, according to Yastine. “Costco is a good example of a bricks-and-mortar business that doesn’t necessarily need e-commerce to thrive,” he says. “The company has e-retailing capability, of course. But people don’t shop Costco because of what they can buy online. They shop Costco precisely because of what they can find in its ‘offline’ physical stores. No doubt plenty of other retailers, along with mall owners, should be studying Costco’s formula to see how it could be used to blunt the impact of e-retailing from the likes of Amazon and Walmart.”

Andreadakis sees Costco as an example of how “loyalty” and “digital strategies” can make a difference in competing in the crowded retail space. Noting that “Brands must refine their loyalty and digital strategies if they want to preserve their customer relationships and differentiate themselves from competitors, and Costco is a key example of this success.”

Then there’s Costco’s membership model, which allows the company to cater to a more affluent customer base, while it brings in a steady stream of subscription revenue. That’s something Wall Street has been paying a great deal of attention to in Costco’s quarterly financial reports, thus far.

The future looks bright for the company, according to Andreadakis. “As long as Costco continues to place a focus on making the experience more seamless for its customers, and showing them that it values what’s important to their lives, it will continue to dominate in customer satisfaction.”

And deliver superior returns to investors on Wall Street.

Disclosure: I own shares of COST