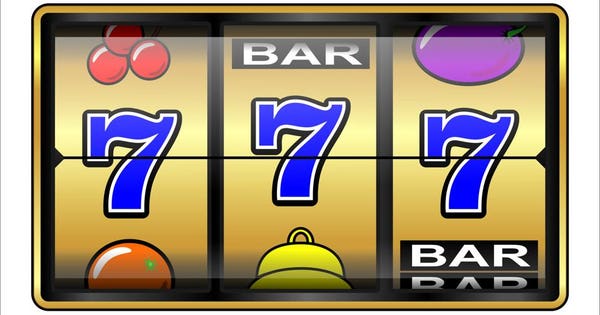 If you’re surprised to see such a title – “7 REITs Yielding 7% – or More!” – from Mr. Conservative Investor Brad Thomas, I don’t blame you one bit.

I know I’m the one who normally cautions against dividend yields that are too high or getting too high. And, to be sure, I’m not suggesting you buy up every single 7% yielder out there.

But sometimes, after careful research and careful analysis, I’m prepared to declare an exception to the rule. To go out on a longer limb, you might say.

With that said, I want to reiterate six words in that previous paragraph: “after careful research and careful analysis.”

I’m not going to go so far as to say, “Don’t try this at home, kids.” Obviously, I put the information out there that I do for a reason. It’s to be read and considered and, under the right circumstances, to be acted on and profited from.

Moreover, let’s face it: You’re an adult. You don’t need me or anyone else to hold your hand and dictate what you can and can’t do. You left that life stage some time ago, and I have no desire to drag you back. Even if you wanted me to.

At the same time, you do trust me to do my due diligence on the REITs I write about. And you do trust me to think good and long and hard about the conclusions I come to… whether I’m recommending a stock or I’m warning against it.

That’s why I’m going to take a moment or two to remind you why I’m normally not one to run after REITs with high dividend yields.

To begin that “moment or two” mentioned above, I’m going to go back to May 1 of this year. Specifically, I’m bringing up the cautionary tale of Annaly Capital Management (NYSE: NLY).

Back in the beginning of the year, Annaly was sporting an 11% yield that, to many, was downright mouthwatering. Even too many conservative investors see dollar signs when they spot a double-digit yield.

After all, it’s a dividend stock. And a REIT at that. REITs are safe!

From a psychological standpoint, that perspective is understandable. The bigger the number, the greater the return.

But it also means greater instability than one might realize. That’s why Intelligent Income was quick to acknowledge how, after Annaly announced its plans the beginning of May to cut its dividend by a whopping 17%…

The timing of this announcement likely came as a surprise to some income investors.

After all, Annaly’s earnings about matched its dividend payment in recent quarters, the firm’s portfolio was growing at a double-digit pace, shares traded at a premium to book value, and its leverage was kept nearly 20% lower than Annaly’s agency mortgage REIT (mREIT) peers.

As the largest and oldest mREIT in the country, Annaly was also the only company in its industry not to have reduced its payout since 2014, and its core EPS were also 90% more stable than the industry average over that period, according to management.

Personally, I very rarely recommend mREITs due to their chronic instability. I want stocks that can maintain or raise their dividends for a decade or more… not think they have bragging rights if they manage to go five years without cutting their yield.

But that’s just me.

In all fairness to Intelligent Income, it seems to agree with me on that analysis, writing that: “At the end of the day, Annaly” was “merely one of the better houses in a dangerous neighborhood.”

That’s exactly why it had to pay such a high dividend. It was all smoke and mirrors to direct investors’ gaze away from the unfortunate truth that its very business model was… well… complicated.

Now, Annaly is an extreme case with an extreme dividend yield, I know. But bear with me all the same.

Because unexpected or otherwise undesirable issues can accost any company out there. Big or small. Publicly traded or private. Dividend-paying or not. High-yielding or conservative.

Ultimately, no matter how much research you do and analytical expertise you gain… you just don’t know what’s around the corner. Not entirely. And neither do the companies you’re investing in, no matter how smart and forward-thinking they are.

That’s the exact reason why it’s always important for companies to keep some cash on the side. When they do, they’re much better prepared to deal with whatever curveballs the future has to throw.

Now that we have that mandatory caution aside, let’s discuss seven 7% yielders that seem to be managing that concept just fine.

One of the most important parts to my job, as the editor of the Forbes Real Estate Investor, is to make sure that I’m able to separate the wheat from the chaff. And in order to this, I spend countless days and nights looking at financial statements, earnings transcripts, and crunching numbers.

Believe me when I tell you, it was not easy screening for seven REITs that yield 7%, because prices have become heated, and there are less options when it comes to quality.

However, I was able to provide a decent list of REITs that yield 7% or more, and they include the following:

Price to Funds from Operations: 11.8x

Price to Funds from Operations: 9.3x

Price to Funds from Operations: 8.7x

Price to Funds from Operations: 9.8x

Price to Funds from Operations: 9.9x

Price to Funds from Operations: na

Price to Funds from Operations: 13.0x

Next week I plan to move upstream to 8 REITs that yield 8% plus…stay tuned!

Crypto exchange Gemini lays off 10% of workforce in its latest round of cuts
Biden-⁠Harris Administration Announces New Actions To Protect Renters And Promote Rental Affordability
5 Questions To Ask Yourself About Your Retirement Finances
Walmart raises minimum wage as retail labor market remains tight
Almost half of Americans think we’re already in a recession. Here’s how to prepare if they’re right