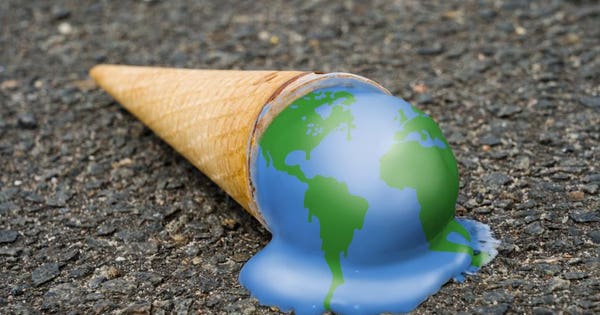 Take NASA’s assessment. “Climate-warming trends over the past century are extremely likely due to human activities.” While NASA’s pulling no punches, it’s not expressing absolute certainty.

As for the climate deniers, even Vice President Pence secretly thinks climate change may be man-made and solvable. In a recent interview, he let the following slip: “…we’re making progress on reducing carbon emissions.”

Suppose deniers believe the probability of anthropogenic climate change is only one in 1,000. They should oppose carbon taxation, right?

The first is risk. Things can be highly unlikely and still be very risky. Risk involves not just the chance something will happen, but its impact if it does. The probability that our house burns down is, incidentally, also one in 1,000. But the costs, financial and psychological, from this happening are so high that we all buy homeowners insurance.

Unfortunately, the debate between climate believers and climate deniers is about the probability of man-made climate change, not the size of damages, particularly worst-case damages. But we’ve all heard enough from enough credible sources to know those costs may be enormous. Consequently, if we could buy climate-change insurance, everyone, even President Trump, would run to do so.

Insurance markets require suppliers as well as demanders. And when it comes to climate change, we earthlings are all in the same boat. We all want to buy, not sell insurance. This kills the market.

When insurance markets fail, people self-insure, i.e., they take steps to reduce their risk. Taxing carbon is the best way to self-insure against man-made climate change. Hence, carbon believers and deniers should strongly support carbon taxation, which is a way to ensure that everyone pulls together to self-insure.

But there’s a rub. Today’s and tomorrow’s children face far bigger risks than do we. Hence, taxing carbon now will mostly cost us and mostly help people not yet born. Why sacrifice for them? Better to believe the problem isn’t happening so we can sleep at night.

That’s the message of my recent co-authored study. It shows that all generations — those now alive and those yet to be born — can gain from carbon taxation to the tune of a 5 percent increase in their annual living standards. The optimal carbon tax policy — the policy that produces this largest possible generationally uniform win-win — features a $70 per-cubic ton of CO2 carbon tax rising annually at 2 percent. Win-win carbon taxation coupled with appropriate deficit policy is a reason climate deniers should favor carbon taxation. It will make them better off.

Sound too good to be true? It’s not. Anyone who has studied the economics of externalities knows that fixing them makes the economy more efficient and that these efficiency gains can be shared across and within generations.

Nordhaus’ approach, which has been adopted in most large-scale, optimal carbon tax studies, conflates morality (how we should treat different generations) with economic efficiency. Indeed, absent other means to redistribute across cohorts, Nordhaus’ social planner would tax carbon even if she knew it caused no damage just to redistribute from generations she disliked to generations she liked.

Economics needs to steer clear of religion. Nordhaus’ framework pits generation against generation. It turns carbon taxation into a win-lose since his “optimal” tax will, depending on the planner’s preferences, make some generations worse off compared to the no-carbon tax outcome. This may explain why so many people deny man-made climate change when the proof seems overwhelming. Their position may reflect a concern that if they agree it’s happening, they’ll personally have to pay for the problem. The truth is very different.

Carbon taxation can lower our risk and make us all better off — something no carbon denier who’s seen the right analysis can deny.

This column originally appeared in The Hill.

Larry Kotlikoff is a Professor of Economics at Boston University and the founder and president of Economic Security Planning, Inc, a company that markets Maximize My Social Security and MaxiFi Planner. Both tools maximize lifetime Social Security benefits. MaxiFi also finds retirement account withdrawal strategies and other ways to lower your lifetime taxes and raise your lifetime spending. Most important, it suggests how much to spend and save each year to enjoy a stable living standard through time.

Amazon beats on fourth-quarter revenue but provides light guidance
The next ‘White Lotus’ is expected to be filmed in one of these locations in Asia
Nashville Estate Loved By Country Music Celebrities Is Up For Absolute Auction
Your Quick Guide To Tax Refunds In 2023
Gautam Adani calls off $2.5 billion equity sale as regulatory concerns grow