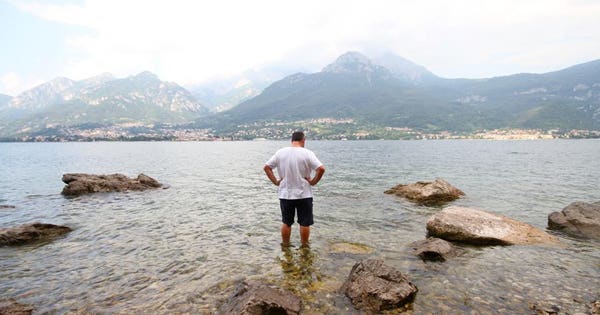 Dire jeremiads about America’s looming retirement crisis are so common that it seems retirementcrisis is one word. The doom-and-gloom narrative goes something like this: Spendthrift Americans aren’t saving enough, so their living standards will plunge in retirement, and Social Security will buckle from the financial strain of too few workers supporting too many retirees.

Dark visions about retirement in America may be somewhat understandable considering the following: the nation’s deeply flawed retirement savings system; the forecast that Social Security’s reserves will run out in 2035 and the fact that local government retirement systems’ obligations to public sector retirees are increasing faster than the assets set aside to pay for them.

Depressed? Then take a moment to learn about a new report by the nonpartisan Urban Institute think tank: “Nine Charts about the Future of Retirement.”

A More Nuanced Look Into the Future

The report presents a more nuanced and much less dismal perspective than the conventional-media story about dim prospects for retirement security, especially for younger generations. The Urban Institute isn’t entirely cheery about the retirement outlook for all Americans. But its report highlights several trends which, in the aggregate, suggest a healthy economic foundation for policymakers to build reforms.

“Our bottom line is that there are retirement challenges on the horizon, but they aren’t dire,” says Johnson, director, program on retirement policy at the Urban Institute. “With additional changes, we can have a pretty good future.”

The welcome message in the charts for policymakers and employers is: Don’t succumb to despair. Instead, seize the opportunity offered by several positive economic and social forces to vastly improve retirement security for future generations.

Briefly, the data is based on projections over the next 75 years from the Urban Institute’s forecasting model. The researchers looked at 10-year birth cohorts that roughly translate into generations. For example, boomers are divided into early boomers (born 1946-1955) and late boomers (1956-1965), and the youngest 10-year cohort includes late Gen Xers and early millennials, a group dubbed Xennials (1976 and 1985).

Four Points From the Future of Retirement Report

Four main points from the data are worth highlighting:

First, the importance of women’s work and earnings to the economy. The Urban Institute’s model projects that retirement incomes will increase over the next four decades. A major factor behind this optimistic prediction is improved lifetime earnings for women. “As women work more and earn more per hour, their lifetime earnings are increasing rapidly,” the report says.

For instance, the researchers forecast, compared with pre-boomer women, median lifetime earnings will be 129% higher for Xennial woman and 88% higher for Gen X women, after taking inflation into account.

Increased earnings translate into improved Social Security benefits and higher savings rates in and out of retirement plans.

“There isn’t enough attention paid to the role of women’s earnings,” says Johnson. “That really is one of the bright spots.”

Nevertheless, he’s quick to add, the Urban Institute model shows that the gender pay gap will still exist going forward. The researchers project that Xennial median lifetime earnings will be 40% higher for men than for women.

Second, Social Security’s financing problems threaten Americans’ retirement security, and shoring up the system’s trust funds is imperative. The retirement income projections by the researchers depend on Social Security benefit payments not being cut. That’s a hopeful assumption, but not a guarantee.

Take this calculation: A standard personal finance guidepost is that retirees need to replace 75% of their preretirement income to maintain their standard of living in retirement. But if Washington fails to act, the Social Security system will likely have only enough to pay approximately 75% of promised benefits. Then, living standards of 38% of Gen Xers and 40% of Xennials will fall below the threshold.

Third, the future for old-age poverty rates depends on whether the Social Security trust funds are strengthened. Social Security accounts for some 85% of retirement income for low-income beneficiaries. So, any reduction in Social Security benefits would hit them hard.

The Urban Institute projects the share of 70 year olds with family income below the federal poverty level will fall from 7.3% for pre-boomers to 6.1% for Xennials if Social Security’s long-term financing problems are resolved. If they aren’t, however, and benefits are cut by about 25% starting in 2035, the researchers say that would raise the number of Gen Xers living in poverty by 42% and Xennials by 33%.

To be sure, charts like these are based on many assumptions and their conclusions are far from definitive. They also don’t take into account living costs of older Americans that are likely to increase, such as long-term care.

Until now, Congressional legislators and the President have been unwilling to alter the Social Security system to shore it up. But, as Next Avenue just noted in its article about the recent AARP Forums, some Democratic candidates running for president have begun to offer ideas, mostly by raising Social Security payroll taxes on upper-income Americans.

Currently, employment earnings of up to $132,900 are subject to Social Security payroll taxes. Senators Bernie Sanders, Elizabeth Warren and Kirsten Gillibrand would “scrap the cap” and eliminate a ceiling on earnings subject to payroll taxes. Senators Amy Klobuchar and Kamala Harris and South Bend, Ind. Mayor Pete Buttigieg wouldn’t tax any earnings between $133,000 and $250,000 but would levy the payroll tax on earnings over $250,000. Former Vice President Biden would take a similar approach, though he’d start up the tax again at $400,000.

The Urban Institute also calls for converting the current regressive and inefficient tax breaks for retirement savings into targeted tax credits for lower-income groups that could reduce the retirement preparedness gap.

“Policymakers and employers need to recognize the importance of jobs for older adults; promote retraining and flexible work schedules that can accommodate their needs and eliminate work disincentives at older ages,” note the researchers in the report.

There are many positive fundamental economic and social forces at work with the aging of the population. The trick is to reframe dour conversations about unaffordable aging to an embrace of the vast opportunities opening up with the nation’s demographics — a welcome trend a few modest reforms would accelerate.

Stocks making the biggest moves midday: Dell, On Semiconductor, PayPal, Catalent & more
Here’s where the jobs are for January 2023 — in one chart
Hertz fourth-quarter profit beats as costs come down and travel rebounds
States have $70 billion in unclaimed assets. How to check if any is yours
Before you enroll in Medicare, what to know about new rules that eliminate coverage gaps