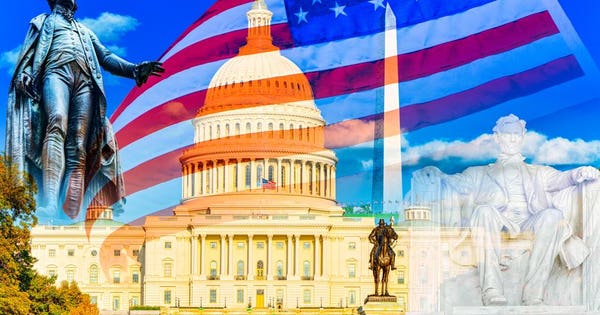 The Act would increase the initial benefits paid at retirement, then raise them further by granting higher Cost of Living Adjustments each year. Overall, Social Security taxes would increase by 35% by 2045, including a nearly one-fifth increase in the taxes paid by low and middle-income workers. In return, of course, Americans would receive not only a solvent Social Security program, but one that pays higher benefits.

Still, the Joint Tax Committee analysis point outs a significant issue that hasn’t yet received attention: tax increases for Social Security can be revenue losers for the rest of the budget. And those losses are substantial.

In a 2017 Wall Street Journal op-ed, I made what I think is a pretty important point: the tax increases in the Social Security 2100 Act would cause significant losses of tax revenues elsewhere in the budget. Here’s the reason: when employers are hit with higher Social Security taxes, they finance those new taxes by reducing the wages they pay to employees. The Social Security actuaries, the Congressional Budget Office and the Joint Committee on Taxation assume this offset occurs dollar-for-dollar, meaning that in reality employees pay the full tax increase. That has some impact for individuals: while the Social Security 2100 Act makes the benefit formula more generous, that formula will be applied to slightly lower wages.

But the government bears an even bigger cost. When employers reduce employees’ wages to cover their new payroll tax liabilities, those lost wages are no longer subject to federal income taxes, Medicare payroll taxes or state income taxes.

The JCT estimates that over its first 10 years, the Social Security 2100 Act’s increase in the 12.4% payroll tax rate would raise $531 billion in additional revenues for Social Security. But revenues in the rest of the budget would fall by $57 billion: employers would offset their share of the Social Security tax increase by cutting wages, and those wages wouldn’t be subject to federal income and Medicare taxes. That’s an offset of around 11%.

The JCT doesn’t account for state income taxes, but rates can be as high as 13% in California and 9% in New York, states which depend heavily upon high-earners for tax revenues. They’re going to see a hit as well.

Moreover, the JCT analysis doesn’t account for the ways in which workers respond to higher taxes, such as by working fewer hours or attempting to avoid higher Social Security taxes. For instance, were the Social Security 2100 Act to become law, former Vice President Biden’s recently-disclosed Medicare tax-avoidance strategy would become much more profitable. JCT however, doesn’t take these possible effects into account.

However, a 2006 study by left-leaning economists Emmanuel Saez and Jeffrey Liebman found that even moderate behavioral reactions could produce revenue losses to the non-Social Security budget equal to half of the tax increases flowing to Social Security. Using more aggressive assumptions for individual responses to tax increase, such as those found in research by the late Martin Feldstein, the net revenue gains from the Social Security 2100 Act would be zero or even negative.

What’s the lesson? That a plan to fix Social Security’s deficits also has to bear in mind the effects on the rest of the federal budget.

And when you do bear those unified budget effects in mind, a benefit-cuts approach to Social Security solvency looks more favorable to a plan like Social Security 2100, which pays every penny of promised benefits and then some. Economists agree that when future Social Security benefits are reduced, middle and higher-income households will respond by working and saving more. (Low-income households probably not so much, which is a reason for maintaining their benefits even in under benefit-cuts approach to solvency.) And when households work and save more, they’ll also pay higher taxes. And those taxes will benefit not just Social Security, but the rest of the budget as well.

Instead of Social Security hearings consisting of advocates and other policy lightweights, Congressional Committees need to call experts from the Joint Committee on Taxation, the Congressional Budget Office and other agencies to get a full picture of how different approaches to Social Security solvency will affect the federal budget. Members of Congress would be wrong to vote on the Social Security 2100 Act without such information.