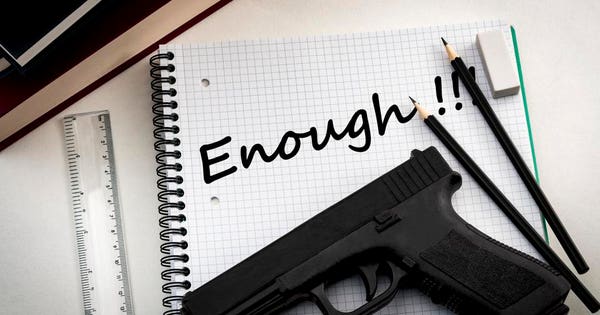 Tax reform and gun control both arouse passionate dispute. That is one thing that they have in common.  Another thing that they have in common is a kind of knowledge imbalance between people arguing opposite sides.  The knowledge imbalance might be, in part, a result of the passion.  People resistant to gun control, on the whole, seem to know a lot more about guns than those in favor of gun control and people who know a lot about how the wealthy can legally avoid taxes generally seem to be sympathetic with that sort of activity.

There are two recent stories I covered that illustrate this point. One is about machineguns and the other is about trusts.  We’ll start with the machineguns.

Last month when a case came out about the excise tax on machineguns, I found it irresistible.  The fellow with the excise tax and other problems was making something that could be used to convert an AR-15 to fully automatic.  And I learned something surprising from my research.

My friend (Call him Francis-not his actual name) who is quite a gun enthusiast with strong second amendment sentiments consulted with one of his friends who is an amateur gunsmith.  He confirmed that the device probably worked making it subject to the excise tax and also extremely illegal because a device that converts a weapon into a machinegun is considered itself a machinegun.  Registration of machineguns was stopped over thirty years ago, so it is only legal to transfer the ones that were around then.

The interesting thing I learned was actually incidental and here it is.  If a mass shooter is going after a crowd, converting his AR-15 to full auto does not make him more dangerous. Ironically and counter-intuitively it might even make him less dangerous. As Francis put it, with concurrence from his friend:

These fellows are both retired Army officers.  As they explain it the purpose of automatic weapons is suppressive fire.  That is to say, getting the other guys who are shooting back to keep their heads down while you maneuver or have your guys with semi-automatics do some actual marksmanship.

Francis is actually in favor of licensing people not guns with stiffer requirements for carrying as opposed to having a gun in your house.  He thinks that one of the things that poisons the debate is proposing restrictions that serve no practical purpose.  And the passionate people making those proposals may be doing it because they really don’t know much about guns.

So much for machineguns.  On to the exciting stuff – trusts.

Put Your Money In Trust – And Avoid State Income Tax

It took me a couple of weeks to get around to writing about last month’s Supreme Court decision -  North Carolina Department of Revenue v Kimberly Rice Kaestner 1992 Family Trust.  North Carolina wanted to tax a trust merely because there were beneficiaries living in NC and the Supreme Court ruled that that was not enough.

One of the things I do particularly when I am late in the game is an “other coverage” section at the end of my post.  I found that my fellow Forbes contributors were all over the decision.  They were mostly upbeat about not sharing my concern that it may be fueling inequality.

I was anxious to see what the New York Times had to say about the decision.  I really like the New York Times and am thankful to Mr. Brian Moroney who made parts of the Sunday times required reading for us at Xavier High School in 1967.  When it comes to their tax coverage, though, don’t get me started.  They really outdid themselves on Kaestner.  No coverage at all.

Then earlier this week from the New York Times Editorial Board, we get State and Local Taxes Are Worsening Inequality.

Economic inequality is on the rise in Illinois, and the state government is part of the problem. Illinois taxes low-income families at much higher rates than high-income families, asking the most of those who have the least.

Indeed, the Cornell sociologist Cristobal Young has calculated that people with million-dollar incomes move across state lines less often than other Americans. They are more likely to be married, more likely to have children, more likely to be involved in civic and social groups — and, in many cases, their wealth stems from their communities.

With trusts, there are three types of players – settlors, trustees and beneficiaries.  And the weight of rulings and practice is that a state cannot or will not get nexus to tax a trust by just having one of those things.  That was reinforced by the Kaestner decision.  And what can be done is structure the trust so it does not have enough anything in one state to allow any state to get taxing nexus on it. Do you think there might be a movement to make Trustafaria the 51st state?

The New York Times Editorial Board might have taken note of that given the recent Supreme Court decision on the issue, but the people paying attention to that sort of thing generally feel good about wealthy people not paying state income taxes.

Get Out Of Your Bubble

I think the lesson is that we all should get out of our bubbles more. If you are in favor of very strict gun control, you will probably learn more useful things by talking to gun enthusiasts and reading their magazines. Same principle if you are interested in getting the wealthy to pay more taxes. You might also find that your notions of what people who disagree with you actually think are different from what you project.