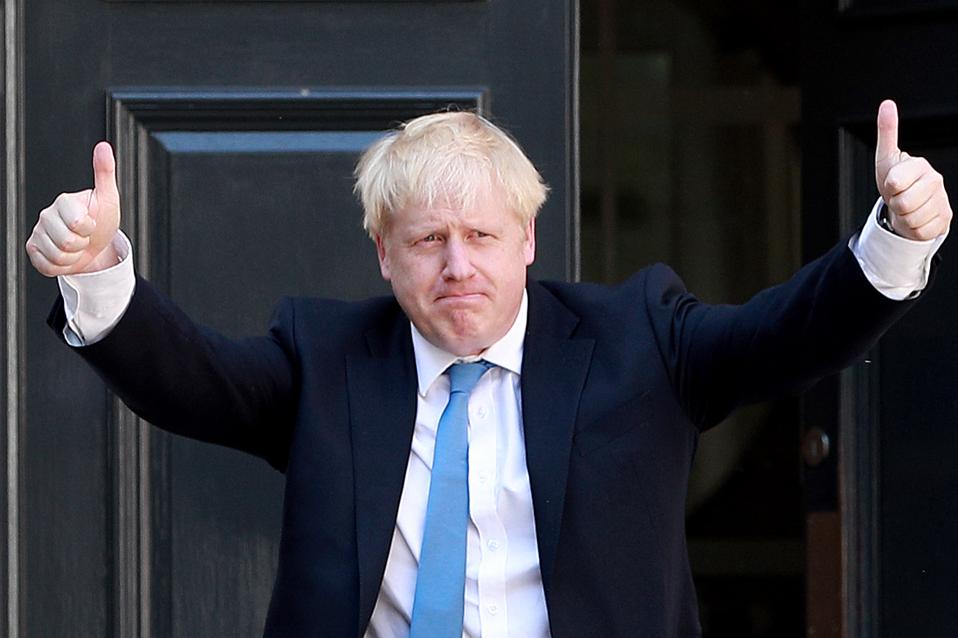 As Boris Johnson becomes the U.K’s next prime minister after a decisive victory against foreign secretary Jeremy Hunt, it is good to remember his tax fisticuffs. Before this win, Mr. Johnson was a flamboyant Mayor of London, then foreign secretary. Yet he was famously also an American citizen, born in the U.S., leaving at age five. That meant dealing with the IRS every year, on top of British taxes. He did not like paying the IRS, not one little bit, and he was vocal about it for years. Then in 2017, it was reported that he renounced U.S. citizenship in 2016, confirmed by the published list of Americans who renounced. After dodging IRS bills, the politician made peace with the IRS, effectively ending his tax travails by renouncing American citizenship.

In recent years, Americans renouncing hit an all-time high. For a time, Mr. Johnson publicly refused to pay the IRS, and as payback, he once lambasted the U.S. Embassy in London for failing to pay London’s congestion tax. Although some reports said he renounced U.S. citizenship years ago, the BBC confirmed that he did not give it up until 2016, despite threats to renounce in a 2006 column for the Spectator.

If you want to hear a disgruntled taxpayer, turn your dial to 2014. In a 2014 interview with NPR, Johnson complained that he had been hit with an IRS demand for capital gains tax. The U.S. demand related to his first home in the U.K., even though it was not subject to tax in England. Mr. Johnson said it was outrageous to tax U.S. citizens everywhere, no matter what. He hasn’t lived in the U.S. since he was five years old. Asked in 2014 whether he would pay the bill, Johnson replied:

“No is the answer. I think it’s absolutely outrageous. Why should I? I think, you know, I’m not a … I, you know, I haven’t lived in the U.S. for, you know, well, since I was five years old … I pay the lion’s share of my tax, I pay my taxes to the full in the U.K. where I live and work.”

Ironically, renouncing would not solve a current tax bill, so Mr. Johnson had to pay the IRS in order to be able to renounce! To exit the U.S., you generally must prove five years of U.S. tax compliance, and in some cases you also pay an exit tax. Some long-term residents giving up Green Cards must pay the tax too. Every three months, the U.S. Treasury Department publicly names individuals who renounced their U.S. citizenship. In 2016, the tally of Americans renouncing U.S. citizenship hit an all-time high, up 26% from 2015. In 2016, 5,411 persons renounced, and even this list doesn’t count everyone.

You don’t have to be a politician to be tempted. 73% of Americans abroad are said to be tempted to give up their U.S. passports. Federal Register data reveals that renunciations spiked after FATCA—the Foreign Account Tax Compliance Act. No one seems to know exactly how big the real number is, even though both the IRS and FBI track Americans who renounce. There is no single explanation for the increase, although some renouncers write why they gave up their U.S. citizenship. Reasons for renouncing can be family, tax and legal complications. Plainly, though, some renounce because of global tax reporting and FATCA.

FATCA spans the globe with an unparalleled network of reporting. America requires foreign banks and governments to hand over secret bank data about depositors. Non-U.S. banks and financial institutions around the world must reveal American account details or risk big penalties. America’s global income tax compliance and disclosure laws can be a burden, especially for U.S. persons living abroad. Like pariahs, they may be shunned because of their American status by banks abroad. Foreign banks are sufficiently worried about keeping the IRS happy that many do not want American account holders. Americans living and working in foreign countries must generally report and pay tax where they live. But they must also continue to file taxes in the U.S., where reporting is based on their worldwide income. Some say a move to residence-based taxation is too big a fix for the U.S. to make.

Now, Mr. Johnson has Brexit to deal with. But when he finishes that, perhaps he can offer suggestions for the U.S. tax system. It could sure use a makeover.

This is not legal advice. For tax alerts or tax advice, email me at [email protected].

How ‘Skinamarink’ made $1.5 million on a $15,000 budget
Retirees Must Ask These Questions Before Hiring A Financial Professional
Southwest CEO maps out a recovery after holiday meltdown: ‘We have work to do’
Stocks making the biggest moves after hours: Microsoft, Texas Instruments, Capital One & more
Be Aware Now: Here’s Where SECURE 2.0 May Hand You Unexpected Benefits