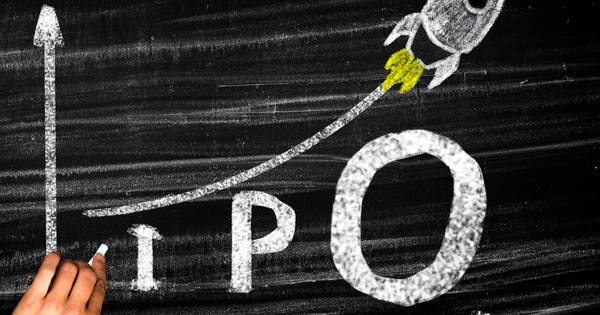 The number of REIT initial public offerings, or IPOs, has certainly fallen from the good old days. In 2013, for instance, there were 19 of them in all.

In 2017, however, there were nine REIT IPOs that, together, raised around $2.9 billion in gross proceeds. For 2018, that number dropped down to five (though gross proceeds did jump to $3.3 billion).

So, many REIT-dedicated investors have simply given up on this year altogether, setting their sights on 2020 instead… even with all the uncertainty concerning interest rates, politics, and global trade up ahead.

There are multiple factors involved in why this is, and just as many interpretations. As Justice Salon said in a recent issue of Forbes Real Estate Investor:

“The reasons for the decline in REIT IPO volume are varied and subject to different interpretations. Based on feedback from some of the largest investment banks covering the REIT space, smaller IPOs may continue to face headwinds unless the investment thesis for those deals is truly differentiated. Otherwise, many institutional investors may elect to continue to initiate or maintain positions in existing well-established REITs.”

There’s also this angle to consider: How REITs can’t retain most of their earnings, therefore making their IPOs less than compelling. Why jump feet first into an unproven public position when you know it will probably raise capital later on? Better to see how it does for a while before buying up shares.

Knowing that mentality exists, it’s no wonder that smaller REITs might not leap at the chance to go public. It’s often more profitable to first grow into something sizable enough to attract well-known sponsors. That way, they can better attract positive attention and the profits that come from it.

Another piece of feedback I’ve heard is that when private markets are extremely liquid, sponsors aren’t so quick to raise capital through IPOs. They don’t need to when they’re already getting decent visibility as-is.

Also, recent net outflows from U.S. REIT funds could very well be forcing likely investors to be more choosy in selecting IPO candidates than they otherwise would.

Those are just the waters we’re swimming in right now.

Otherwise, a REIT might consider an IPO because of:

Under the right conditions – which, again, we’re apparently not seeing right now – that can be more than enough to make management wonder.

What It Takes to Put Together an IPO

When preparing for a REIT IPO, a sponsor should spend plenty of time consulting internally as well as externally with investment bankers, lawyers, and auditors. And by “plenty of time,” I mean six months to a full year before the IPO is set to close.

There are numerous aspects about the venture to consider, forms to file, and information to look over. But here’s the short list…

That’s why it’s important to include outside advisors in the compilation stage… perhaps even seeking out input from the Securities and Exchange Commission (SEC) as well.

Does current leadership seem well-suited for the news demands it will have to face? Will it be able to interact appropriately with analysts and stockholders? How about the board of directors? How compelling are they?

Likewise, will employees be able to handle their old job requirements along with maintaining proper SEC paperwork? On time?

There’s a good chance additional personnel will have to be brought in to oversee the various new responsibilities.

It’s a lot to handle. Make no mistake about it.

REITs do have additional obligations they must meet in order to IPO. But the basic stages they go through are essentially the same, beginning with the pre-filing period.

This phase usually begins once investment banks have been named to lead the charge. As the name strongly suggests, it involves everything that takes place in order to file with the SEC – plus the actual act itself. Also known as the “quiet period,” qualifying companies aren’t allowed to release much information relating to their IPOs at this point.

Next comes the also aptly named waiting period, where the SEC decides whether to allow the business to proceed as planned. While management and employees can now speak more freely about the possibility of an IPO (if they want to), they can’t make or receive any legally binding agreements about it.

Then there’s the post-effective period. Justice Salon described this in the aforementioned Forbes Real Estate Investor as:

That prospectus is designed to serve two distinct purposes. It’s both a marketing document to attract interest and a legal disclaimer that breaks down the risks involved. That way, nobody can say they got tricked into buying up something they didn’t understand.

Both reasons are equally important, which is why the deal team will take weeks – even months – to put one together.

A final copy of the prospectus must be filed within 15 days of a business getting the official show on the road. With that said, it can submit a draft statement for non-public review any point before then.

A pre-submission, as it were, can help put the legal ball in the SEC’s court without the need to let everyone else know sensitive information quite yet… including, perhaps, the fact that there’s even going to be an IPO.

In addition, should management realize the IPO isn’t a good idea after all, it can retract the plan without facing ridicule over that perceived failure.

To be sure, there’s still plenty of time to reevaluate once the actual registration process begins. The SEC can easily take two to four months to fully review the application depending on the company’s size, business, and affiliations. But once everything is signed, sealed, and approved, the underwriters can begin to truly market their IPO shares.

It’s called the “road show” once management starts to officially court prospective investors. Those corporate leaders will work hard to get indications of numbers, prices, and people who are ready and willing to purchase shares.

That way, they can best pick a price and run with it… right up to the SEC, which still needs to deem the registration statement effective.

The IPO typically closes two trading days after the deal is priced.

In Conclusion About REIT IPOs

Pursing an IPO isn’t for just any old private REIT. Each one should carefully consider the general and specific ups and downs involved.

One of those definite downs is how daunting due diligence can be. Some management teams have compared it to certain very uncomfortable medical procedures. And they’re not entirely wrong in that analysis.

Then again, IPOs do tend to be collaborative experiences made possible by leadership, banks, auditors, and lawyers – with all of them typically pulling together for the same team. Despite the inevitable bumps here or there, this can actually serve to strengthen a business in the end.

Kinks that have long-since need to be ironed out finally get ironed.

Issues that have long-since needed to be addressed are addressed.

Conversations that have long-since needed to happen take place.

Which means IPOs can be more than worthwhile for companies with the patience, the stamina, and the desire to make them happen.

Editor’s Note: This story was rewritten by Brad Thomas, with the original copy appearing in Forbes Real Estate Investor and written by Justice Salon. Salon is co-chair of the REIT practice at law firm Morrison & Foerster and a partner in its corporate finance practice. Based in Washington, D.C., he represents both issuers and underwriters in a wide variety of corporate and securities matters, including IPOs, primary and secondary offerings, private placements, senior and subordinated debt financings, and tender offers

Tax filing season has kicked off. Here’s how to get a faster refund
Rupert Murdoch calls off proposed Fox-News Corp merger
As interest rates climb, here’s why proposed caps on debt may not help reduce costs for consumers
Tax Cheats, Dodgers, Avoiders, And Evaders
Inflation Adjustments: 3 Tax Numbers All Employees Must Know In 2023