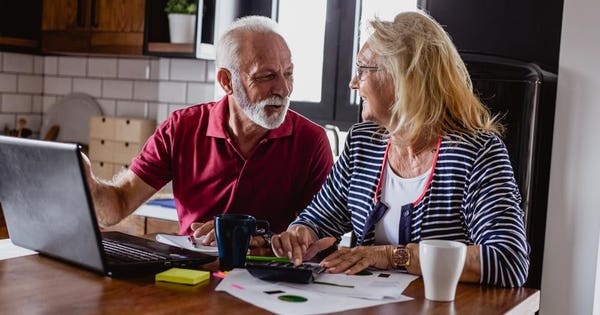 But that would be a bad bet.

First, let’s clear up one misconception: Social Security won’t go bankrupt, even if its trust fund is depleted. As long as current workers are paying their FICA taxes, Social Security will use that money to continue paying benefits to current retirees and beneficiaries. The latest Trustees Report estimates that if the trust fund is depleted, benefits would need to be reduced by about 20 percent in aggregate, so that the revenue from FICA taxes could continue to support payments to retirees and beneficiaries.

Of course, a 20 percent reduction would definitely be bad news, particularly for retirees who are living on the edge financially. But at least you don’t have to worry about your benefits going to ZERO!

Are you really that cynical to believe that Congress won’t act to shore up Social Security’s finances to prevent a 20-percent cutback to retirees and beneficiaries? Social Security is the most popular program the U.S. government has ever adopted, and politicians have always been loath to reduce benefits and risk retaliation by tax-paying constituents.

But suppose you are that cynical and truly believe that retirees will receive a 20-percent cut in their future benefits. Also suppose you’ve reached age 62 and are eligible to start your Social Security benefits. Doesn’t it make sense to start them now, so you’ll receive the largest number of monthly checks before benefits are cut in 2035?

Actually, no – that would be short-sighted thinking. There’s a good chance you’ll be a loser with that bet, whether or not future benefits will be reduced. Let’s see why with a winners-and-losers analysis.

Note that all of these monthly incomes for Joe, Mary, and Sue will be increased in future years based on Social Security’s cost-of-living adjustments (COLAs).

To keep it simple, my winners-and-losers analyses described below assume no future COLAs and no assumption for the time value of money. Who will be the winner? Let’s look at two scenarios.Scenario 1: Future benefits aren’t reduced

Suppose Congress acts to prevent a future benefit reduction, and Joe, Mary, and Sue receive the benefits they’ve earned so far indefinitely into the future.

If Mary and Sue both live to age 82, Sue becomes the winner at that age, and her projected winnings grow each year thereafter.

Now let’s assume that Social Security’s benefits will be reduced across the board by 20 percent in 2035, which could be one scenario if the trust fund is depleted in that year.

If each of our hypothetical people live to age 78, Joe still loses to Mary at that age, and his losses grow each year thereafter, even recognizing the 20-percent benefit reduction. Now let’s suppose that they all live to age 81. In this case, Joe loses to both Mary and Sue at that age, and his losses will grow each year thereafter.

If Mary and Sue both live to age 83, Sue becomes the winner at that age, and her projected winnings grow each year thereafter.

The reasons for these conclusions

If Social Security needs to reduce benefits to make the system sustainable, then your benefits will be reduced whether you started early or delayed – you don’t avoid the problem by starting early. Even if Social Security benefits will be reduced in 2035, there are still many years left for Joe, Mary, and Sue to receive their benefits. And after the assumed benefit reduction, Mary and Sue will receive many more years of higher monthly benefits, compared to Joe.

Respected retirement researcher and actuary Joe Tomlinson reviewed my analyses and conclusions. I also checked my conclusions with two Social Security experts, Larry Kotlikoff, co-author of Get What’s Yours: The Secrets to Maxing Out Your Social Security, and Andy Landis, author of Social Security: The Inside Story 2018 edition. All agreed that I was on track.

The bottom line: Don’t bet against Social Security. Most likely you’ll be a winner if you’re patient and wait to start your Social Security benefits after age 62, even if you believe that benefits will be reduced in the future. You’ll increase the odds of winning if you wait at least until your full retirement age. And the longer you wait, the higher your potential reward will be.