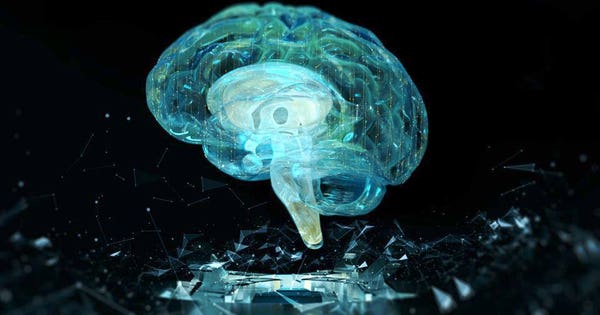 They started out studying the immune response to brain tumors in children. But what they found may not only stop tumors from growing, but halt Alzheimer’s disease as well. Scientists at St. Jude Children’s Research Hospital—the only National Cancer Institute-designated Comprehensive Cancer Center devoted solely to children—have discovered a pathway that prevents the buildup of a toxic protein associated with Alzheimer’s disease. The findings offer a possible new approach to treatment of Alzheimer’s and cancer.

Researchers of the study—published this month in the journal Cell—named the pathway LC3-associated endocytosis or LANDO. They hope to now find compounds that will allow them to restore functioning of the pathway to treat Alzheimer’s disease or block it to treat malignant tumors.

The findings in a mouse model of Alzheimer’s disease offer a possible new approach to treatment of the chronic neurodegenerative disorder, which is the sixth leading cause of death in America. And since the newly identified pathway also helps regulate inflammation, the discovery could yield strategies for unleashing the immune response against malignant brain tumors.

The accumulation of β-amyloid protein in neurons disrupts normal brain functioning and is a hallmark of Alzheimer’s disease. The disease also involves chronic inflammation. Bradlee L. Heckmann, PhD, Department of Immunology, St. Jude Children’s Research Hospital, in Memphis, Tennessee and lead author, said the LANDO pathway was found in microglial cells, which are the primary cell in the immune system of the brain.

The brain is unique in that it has its own immune system by virtue of the blood brain barrier. Scientists knew microglial cells take up β-amyloid proteins. Microglial cells serve to protect the brain from viruses, bacteria, malignancies or cancer and neurodegenerative conditions,” he said. “Discovery of the LANDO pathway answers questions about what happens next. We found that LANDO prevents inflammation by suppressing inflammatory responses of the microglial cells in response to stimuli such as β-amyloid. In Alzheimer’s disease, there are very high levels of inflammation. This pathway prevents inflammation.”

Researchers showed that without LANDO, the production of molecules that drive inflammation increased and β-amyloid rapidly accumulated in the brains of mice. The mice showed signs of neurodegeneration and memory problems. So LANDO is protective against neuroinflammation and neurodegeneration. “The idea is that LANDO is good. We want it functioning. Now we want to accelerate the pathway through a pharmaceutical approach that could stop the progression of the disease or prevent it,” Heckmann said. “If it works like we think it will work, it could be used to treat Alzheimer’s disease, Parkinson’s disease, Frontotemporal dementia, Lewy body dementia (LBD) and a whole host of neurodegenerative diseases.

At the same time, the researchers identified several proteins that control LANDO functioning but are known to decrease naturally as we age and decline even more in Alzheimer’s patients. “We need to know whether we could naturally sustain this pathway as we age,” Heckmann said. “In theory, if we can activate it, we can treat Alzheimer’s disease.”

“In the context of neurodegenerative diseases such as Alzheimer’s, activating LANDO in microglial cells could prove to be therapeutically beneficial through increased clearance of β-amyloid and mitigation of neuroinflammation,” said corresponding author Douglas Green, Ph.D., chair of the St. Jude Department of Immunology.

Going forward, the research could lead to combating cancer in other parts of the body, Heckmann continued. While activation of LANDO appears to protect against neurodegenerative disease, he said inhibiting the pathway might boost the effectiveness of cancer immunotherapy overall. “We also found evidence LANDO functions in cells throughout the body, an indication of the pathway’s biological importance. The Alzheimer’s mouse model we developed for this study provides a more accurate model of human disease and may simplify testing of experimental drugs,” he said. “Although in its infancy, preliminary data using a primary brain tumor model suggests that inhibition of LANDO might provide a mechanism to activate inflammation within the tumor micro-environment to generate an anti-tumor response.”

Heckmann compared LANDO to the operator of an automatic carwash. “In this case, the cars are the receptors on the microglial cells that bind to neurotoxic β-amyloid proteins and bring the protein into the car wash. And, just as cars return to the streets after the dirt is gone, when the β-amyloid is disposed of, the receptor returns to the microglial surface where it can pick up additional β-amyloid,” he said. “An automatic car wash depends on hardware to attach the car to a track that moves it through the machine. Similarly, several proteins are required for LANDO functioning. The proteins—Rubicon, Beclin 1, ATG5 and ATG7—are better known for their roles in a related cell pathway used to recycle unneeded and unwanted cell components. These proteins decline with age as their expression decreases.”

Green said research often surprises everyone, including scientists. “You never know where science will lead,” he said in a statement. “This project started because we were studying immune responses against cancer. Brad recognized the findings had relevance to a disease not of children but of older people. That’s how science works. When you follow the data, you never know where it will lead.”

This research was funded in part by grants from the National Institutes of Health; the Lupus Research Alliance; the John H. Sununu Endowed Fellowship; the Paul Barrett Endowed Fellowship; and ALSAC, the fundraising and awareness organization of St. Jude. Heckmann said St. Jude’s is in the process of acquiring future funding to expand the study and regulate LANDO in difference contexts.

According to St. Jude, treatments they have developed since the hospital opened more than 50 years ago, have helped push the overall childhood cancer survival rate from 20 percent to 80 percent.

Almost half of Americans think we’re already in a recession. Here’s how to prepare if they’re right
Cryptocurrency Was Sold To State And Local Pensions As ESG
Your 2023 Guide To Entertainment And Meal Deductions
American Airlines beats fourth-quarter profit expectations as higher fares buoy revenue
America Needs To Improve How It Treats Its Older Workers