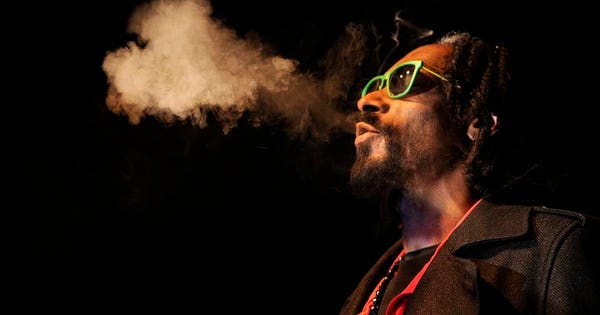 Cannabis is poised to shake up the real estate market.

Cannabis is poised to shake the real estate industry to its foundation. Virtually mainstream, it has effectively shed its stoner reputation. Millennials are receptive to it (and less offended by it) while Baby Boomers and Gen-Xers progressively appreciate cannabis’ undeniable health benefits for their aches and pains. Cannabis is no longer an underground stoner binge, it’s a booming cottage industry rebranded for wellness. In real estate, if you build it (with cannabis), they will come.

In California, it’s legal, publicly endorsed and unavoidable—no matter how nervous it makes corporate America, which should just mellow out, man (I don’t do cannabis but I’m fluent in Cheech and Chong). Cannabis is still disruptive and controversial. But controversy can be mined into gold (this is the Golden State, after all). A brave few are blazing this new trail like early prospectors during the California Gold Rush.

Los Angeles developer Ramtin “Ray” Nosrati (Huntington Estate Properties) is building what he calls a “Marijuana Mansion,” an extraordinary Bel Air residence featuring a “cannabis conservatory” (a lounge) with an organic hydroponic cultivation gallery, custom lighting, gardening service and full ventilation. It will include biometric locks and a hidden bookshelf entrance, like the old days.

“The legalization of cannabis allows me to add more amenities to our homes,” says Nosrati. “Luxury buyers want options and extras that enhance their lifestyle and have positive impact on the way they entertain and live.”

If buyers aren’t sold on cannabis, Nosrati’s cannabis lounges can be converted into custom, organic gardens. Expect more developers to follow his lead.

This was all made possible by California’s 2016 Adult Use of Marijuana Act (Prop 64), which legalized recreational cannabis use and growing up to six plants in the home.

California’s economy may rebound on cannabis use by professional athletes and Hollywood entertainers alone. Snoop Dogg and Bill Maher may already have Nosrati on speed dial.

Cannabis infusion into residential real estate is expected to increase, fueled by millennials.

Former NBA player Kenyon Martin suggests 85% of the league smokes marijuana and former tight end Martellus Bennett believes the brutally physical NFL tally is even higher (around 89%), violating official rules in both sports. Could legal cannabis be the reason so many athletes want to play in California these days (obscuring the sun)?

“Several Fortune 500 executives, professional athletes and celebrities here in California have reached out,” Nosrati says. “We’ve also received multiple calls from business managers for the rich and famous, with out-of-state and international clients, who are expressing interest.”

Renegade comedians Tommy Chong and Cheech Marin in the cult classic, ‘Up In Smoke’ in 1978. (Michael Ochs Archives/Getty Images)

Comedians Cheech Marin and Tommy Chong, who starred in 1970s stoner classics like ‘Up In Smoke’, are now cannabis ice cream entrepreneurs, promoting its health and dietary benefits. (Chelsea Lauren/WireImage)

Southern California real estate is a blood sport, but it’s cautiously navigating this wildcard cannabis dynamic. The audacious, like Nosrati, are diving head first into the residential pool—marketing cannabis as beneficial, not taboo. At Greenleaf House, a recent cannabis seminar trained 50 real estate agents how to harvest, cure and trim cannabis plants—preparing them for this changing market.

Unfortunately, no one remembers how this party went down (just kidding). Throughout the $3.5 million contemporary estate (aptly on Greenleaf Street), guests journeyed through “sensory laboratories” sponsored by The Mota Group (a private members club for cannabis creatives).

A variety of cannabis-infused edibles, including chocolates and gummies.

“Imagine Soho House for cannabis,” says Rodeo Realty’s Ben Quibrera, Greenleaf listing agent. “Mota, with its early members and partners, was able to bring an elevated, high-minded experience to the real estate industry. It’s at the cutting edge of the cannabis revolution.”

Word (or smoke signals) spread quickly. People casually walked in off the street, including a passerby family on its way to a cannabis dispensary (“true serendipity,” Quibrera says). This time, it wasn’t stoner or slacker radar. They were actually in the market for a luxury home too.

Staff don their lab coats in preparation for some serious cannabis education at The Greenleaf Cannabis Laboratory Party in Sherman Oaks.

“We generated such [social media] buzz that night—tons of calls, emails and requests to show the property over the weekend, followed by an offer Monday morning,” says Quibrera.

Whether this shifting cannabis landscape is a real estate earthquake or tremor remains to be seen. But anyone could see it coming, even through all that smoke.

Social media and word-of-mouth from open house passersby led to an immediate offer on Greenleaf House.

“I’m fine being the only builder creating the cannabis lounges,” says Nosrati. “If other developers who want to ignore the health benefits associated with cannabis, that’s okay. They will eventually come around, since that’s what more homebuyers are going to ask for.”

How ‘Skinamarink’ made $1.5 million on a $15,000 budget
Bank earnings scorecard: All the numbers are in. Wells Fargo, Morgan Stanley still our favorites
These are the key tax forms you need to file your return — and when to expect them
Microsoft beats on earnings as cloud unit shows strong growth
Beyoncé, a $100k-a-night suite and a red carpet of influencers: Dubai basks in its booming economy