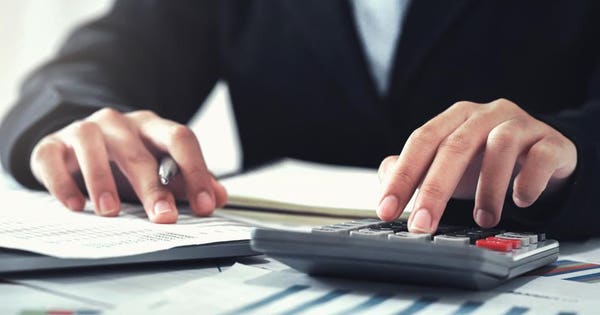 Like many Americans, I’d support any of the more than 20 Democratic presidential candidates over the current occupant of the White House. They are all qualified, articulate, thoughtful, patriotic grownups. Not one of them spent the Fourth of July thanking the Continental Army for securing LaGuardia. Nor does any need a teleprompter to speak full sentences. What they do need is precise answers about our nation’s top domestic problems.

Take health insurance. Senators Sanders, Warren and Harris, Rep. Castro and Mayor De Blasio want to extend traditional Medicare (parts A, B, and D) to all Americans. But the other candidates? It’s not clear.

Wishy washy is not a winning campaign strategy. Mayor Pete Buttigieg is an example. He said nothing precise in the debates, including on health care, and was rewarded with a drop in the polls.

How can a smart person run for president in 2020 and not have a concrete health care policy? Mayor Pete is supposedly the smartest of the group — a Harvard grad, Rhodes Scholar and former Naval intelligence officer. The mayor speaks English, Norwegian, Spanish, French, Italian, Maltese, Arabic and Dari. Yes, he knows his languages, but does he know his letters? In particular, does he know the letter “C”?

Imagine the mayor had said during the debates that he supports the current Medicare system — either Medicare Parts A, B and D or Medicare Part C — for the elderly, but that he wants Medicare C for everyone else. Had he done so, everyone would be debating Mayor Pete’s plan C, not what Biden said about bussing when Kamala Harris was eight years old.

Medicare Part C, the so-called Advantage Plan, is the preferred option for almost 34 percent of Medicare participants. It incorporates private insurance. Participants can choose their own health insurance company with its own network of doctors and hospitals. The company you choose gets paid based on your pre-existing medical conditions. This keeps insurers from cherry-picking healthy customers. No Advantage plan can turn you down. And the government can control annual expenditures on Medicare Part C by simply deciding which procedures, medications and therapies are covered. Private insurance companies could provide supplemental coverage, call it Part E, for things not covered by C. But they’d also have to take on all comers at the same price.

Had Mayor Peter said the letter “C,” maybe in Maltese (there is no equivalent in Daria), everyone would have said the following:

Buttigieg not only speaks other peoples’ languages, he speaks our language. He would have been advocating universal health insurance. This goes far beyond Obamacare, which still leaves 30 million Americans uninsured. He’s going to let private insurance companies, including our employer plans, continue to provide us with insurance. He’s going to keep private insurance companies from cherry-picking by providing payments to insurers based on our pre-existing conditions. He’s going to require private insurers, including our own employer plans, to take all comers, including people who don’t work for our employers. Hence, we’ll never be denied coverage and our kids can join our plans and see our doctors. He’s also going to operate under a fixed budget, by adjusting annually what’s covered, so the sum of the Part C payments he makes to private insurers won’t drive the country broke.

Mayor Pete could also use his smarts to advocate freezing the existing Social Security system, paying off, overtime, all benefits owed, and setting up a modern, fully-funded system for today’s and tomorrow’s workers.

There’s a plan for this posted here. He could have pushed for mutual fund banking to ensure the banks never fail and blackmail us again. That plan is another click away. He could have discussed instituting a progressive consumption tax, a progressive payroll tax and a carbon tax whose revenues are rebated to let current and future generations benefit from saving the planet. And he could have talked specifics about a half-dozen other major reforms we need, including laying out the facts about America’s terrible long-run fiscal condition.

Some of the smartest people in the world do the dumbest things. Mayor Pete is very smart. It’s time for him to show it. The country doesn’t care about resumes. It cares about answers. Mayor Pete needs to tell us precisely what he’s going to do. Otherwise, he might as well conduct his candidacy in Norwegian. No one will know what he’s saying and no one will care. But if he does start to lead with his brains, not just flaunt them, he’ll find the country is behind him.