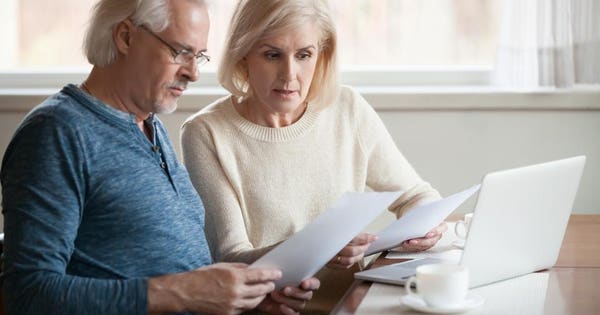 Today we’re going to dive into a question subscribers to our CEF Insider service often ask: what happens to a closed-end fund’s dividend when stocks take a tumble?

The answer is coming up shortly (and if you’re at all worried about this levitating market suddenly snapping back, you’re going to like what I have to show you).

Then I’m going to reveal one 6.6%-paying fund whose management is dialed in to market swings and know how to protect their investors’ income when things get rough.

More on that shortly. First, let’s step back and talk about what a 6.6%+ income stream can do for you when the market throws a fit.

If you’re leaning on your portfolio for income, the most obvious advantage of a 6.6% dividend is its size: with the benchmark SPDR S&P 500 ETF (SPY) yielding a measly 1.8%, you’re already getting almost four times more income than the typical investor who buys today would bring in.

There’s a lot more to like about an income stream like that, though. And this is where a potential downturn enters the picture.

Imagine, for example, that we have another 2008-2009–style crash and stocks tank 50%. If your portfolio yields the S&P 500 average and you need 6% returns to pay the bills and put food on the table, you’ll have to sell some of your holdings, because your dividends, on their own, aren’t enough to make ends meet.

But if you have 6.6% dividends, you don’t need to sell a thing—you can sit back, collect your payouts and wait out the market volatility.

You don’t even have to go back to the financial crisis to see this “dividend safety net” in action—a lot of income investors used it just last year. When the market fell by over 12% in the span of months, SPY holders in need of cash from their portfolios would have been forced to sell their holdings for 12% less than they would have a few months earlier.

Not so for those relying on the fund I want to spotlight for you today: the 6.6%-yielding Nuveen Dow 30 Dynamic Overwrite Fund (DIAX). If you owned this CEF last year, you didn’t have to sell a thing until stocks recovered!

By the way, this doesn’t only hold for DIAX. Many other CEFs, like the Eaton Vance Tax Advantaged Dividend Income Fund (EVT) and Adams Diversified Equity Fund (ADX) continued to pay out their 6%+ dividend yields throughout last year’s volatility. And DIAX and this pair all caught up with the index in a few short months!

But how is this possible?

CEFs are similar to more familiar exchange-traded funds in that they are pools of different investors’ cash that are put in a portfolio of assets. But there are two important differences.

One is that ETFs are open-ended, meaning they can take more capital and become bigger and bigger. That’s why SPY has $280.6 billion in assets, while the similar Nuveen S&P 500 Dynamic Overwrite Fund (SPXX) has just $265.2 million. Big funds are easy to manage if they take a passive strategy, like just buying all of the S&P 500, which is why most ETFs are passive or follow very specific rules.

CEFs are different. Due to their smaller size, fund managers can manage portfolios to maximize income. Say, for instance, a Great Recession–style downturn happens again. A good CEF manager will maintain a mixture of non-correlated stocks in a diversified portfolio of hundreds of assets. Then they can hold on to the ones that are temporarily at a loss during a downturn.

This can even be done with a relatively simple mandate like that of DIAX: the fund aims to replicate the price movements of the Dow Jones Industrial Average—names like Home Depot (HD), Apple (AAPL) and Walt Disney Co. (DIS). In addition, DIAX uses covered-call options to boost the fund’s income stream.

As a result, DIAX’s income stream quickly recovered from a short-term dip during the Great Recession!

Note that there is a delay between the market downturn and the fund’s dividend reduction. While stocks crashed in 2008-2009, DIAX’s dividend stayed at a constant at 15 cents per share, only dropping to 10.3 cents per share in 2010, after the fund’s value had almost fully recovered.

Then, after a brief pause, dividend growth resumed.

These were deliberate decisions to ensure that investors had the income they needed during a dire market, and they’re the kind of decisions good CEF managers make to protect their investors from needing to sell when stocks are down.

For DIAX holders, the result had been a pretty steady income stream of around 7%. If you’d bought DIAX at the start of 2008, 2009 and 2019, your yield on cost would have stayed at a similar level!

This means that the income stream has remained reliable for shareholders no matter when they buy. If you get DIAX, you’ll get a pretty solid income stream yielding around 7% whenever you buy.

Coinbase jumps 20% after federal securities suit dismissed
Here’s who can claim the home office deduction on this year’s taxes
UPS and the Teamsters prepare for high-stakes talks with union contract set to expire
Stocks making the biggest moves after hours: Snap, Electronic Arts, Advanced Micro Devices and more
Wait until age 70 to claim Social Security: ‘The return on being patient is huge,’ says economist