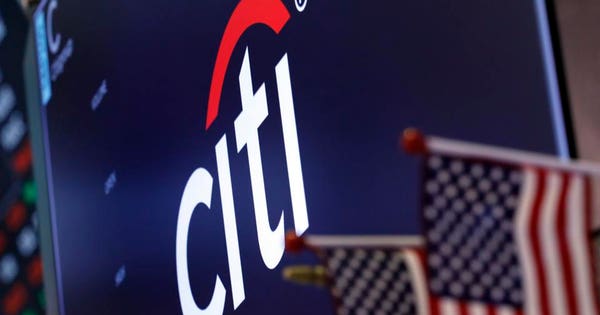 Last January, MoneyShow.com asked the leading newsletter advisors to select their favorite stocks for 2019. Healthcare was a popular sector in that survey, with several big first half winners. Here’s a check-up on 6 financial favorites for the second half.

Like the better-known REITs, there is no tax at the corporate level so long as virtually all of the net income is distributed to shareholders. Thus, yields tend to be high. BDCs vary in the level of risk they take, the size of investments, and in the sectors in which they invest.

Gladstone focuses on relatively small businesses, usually lends with strong collateral, and takes equity as well as debt. Typically it invests in companies looking for funding to expand or, often, for a management buy-out. Gladstone does not invest in start-ups or turnarounds.  It is an active partner with its portfolio companies.

We bought Gladstone at year end at a somewhat depressed price, and it bounced back as high as $12/50 before retracing somewhat to the current $11.30.

BDC shares tend to be volatile, reacting to interest rate moves and developments in the economy, as well as news peculiar to the individual companies. So long as the dividend remains secure, we do not mind the stock volatility, but use it as opportunities to add to positions on weakness and occasionally trim on excessive strength.

In recent months, Gladstone has reported solid operating results and has been quite active, exiting four companies and buying into three new ones. The Net Asset Value has increased again, up to $12.40 (as of 3/31/19) from $10.85 a year ago.

In part, this was due to higher equity prices as the determination of carrying cost on its portfolio companies (independently, by S&P) takes broad market values into consideration.  In addition there were some very strong exits at higher than carrying cost.

One usual occurrence was the recent decision to retain a large portion of recent capital gains. The company paid tax on the gain and declared a deemed dividend. However, the positive is that this almost precludes the need for a secondary equity offering, and accompanying, dilution any time soon.

The company paid down its line of credit and still has sufficient cash (and even more available credit) for future investments. We would not like a BDC to do this too often, but in this case, in the circumstances, it makes good sense.

Right now, Gladstone is trading at only 90% on book, with a price to free cash flow multiple of only 4x, and a yield (including twice-annual supplemental distributions) of 8.5%. In today’s environment, a yield such as that, covered by earnings, with a solid balance sheet and potential to grow is rare indeed. No wonder we have seen insider purchases in recent months. For new buyers, this is an attractive entry point.

(
) was chosen as my top conservative idea for 2019. In the first half of the year, the stock rose 26%. The company is the largest U.S.-based supplier of payroll processing, benefits management, tax reporting and related data processing services to mid-sized companies.

Until last year, ADP was losing business because it was relying on obsolete software and wasn’t keeping up with the competition. However, ADP took steps to resolve those issues, including making key acquisitions, and growth resumed last year.

Despite a March quarter revenue shortfall (4% vs. 6% forecast), ADP reported earnings of $1.77 per share, $0.08 above analysts’ forecasts and up 16% vs. year-ago. ADP expects to report around 7% full-year revenue growth and around 20% earnings growth in 2019. Analysts are forecasting 25%.

Automatic Data Processing is currently paying $0.79 per share dividends equating to a not too exciting 2.0% dividend yield. However, last year, in November,
announced a 14% dividend hike. If ADP meets this year’s forecasts, we could expect a similar or higher raise this year.

Despite the company’s strong earnings growth numbers, only five of the 17 analysts covering the firm are recommending buying its shares. The other 12 are at “hold,” which many market players interpret as recommending selling.

If ADP does record the expected strong growth numbers, some of those 12 naysayers are likely to upgrade their advice, adding to ADP’s share price upside potential.  Bottom line: In our view, Automatic Data Processing share price still has room to run.

At the stock of the year, I selected First US Bancshares (FUSB) as my top investment recommendation for 2019. The stock rose 16% in the first half. First US Bancshares, a deep-rooted bank founded in 1952, has jumped about 16% since we selected it at the beginning of the year. We think that there is much more ahead as it seems reasonable that better than a double is in the cards.

In the past, when it was a smaller bank, it traded above $25. With the recent takeover of The
, there is an excellent chance that both revenues and the bottom line will fatten.

In addition, the dividend, which currently rests at $0.02 a quarter may increase. It did hit $0.27 quarterly prior to the recession and while that is a leap beyond current expectations, a double or triple in the payout before the end of 2020 seems reasonable. That would almost assuredly push the stock price up.

Financial ratios for this bank are excellent. The stock still trades well below the book value of almost $13. Insiders own about 5.8%. The same steady CEO, James House has guided this enterprise since 2011. It would not surprise at all to see a larger enterprise swoop in and take over FUSB with its 20 branches.

As my top pick for 2019, I chose
(C). While in the first half of 2019 the shares enjoyed a total return of more than 36%, we be­lieve there is still more near- and long-term upside available to investors as the stock has been held back by excessive concerns around declining interest rates and global trade tensions and their potential impact on the company’s globally diversi­fied business model.

Citigroup shares still offer a compelling valuation, currently trading at less than 9 times next twelve months adjusted earnings per share consensus analyst expectations, and just 91% of book value per share. Addition­ally, we still see a more focused and recapitalized Citigroup as prepared to reward investors over the long-term.

We like that C has good leverage towards the solid U.S. econ­omy, while also having the potential for growth in Asia, Latin America and other emerging economies.

Citigroup also derives a meaningful part of its top- and bottom-line from Mexico, so the recent avoidance of a dust up between the U.S. and Mexico, plus the potential for the United States-Mexico-Canada trade agreement to be approved in the somewhat near-term are both positives.

Furthermore, we see Citi’s vast network in Asia as an actual advantage for the bank as it has local, country-level banking licenses, and these businesses are funded by local currency. Therefore, Citigroup should have an even stronger ability than many competitors to service multinational clients should trade tensions further escalate.

Typically in these scenarios, there is greater demand for banks as intermediaries in cross-border payments and services when trade tensions exist, as corporations tend to be a bit more hesitant to directly deal with one another.

Despite near-term revenue headwinds, we think the bank is on its way to achieving its low 50s efficiency-ratio target by 2020. And, following the Dodd-Frank Act Stress Test 2019 results, C just announced a planned 13% increase in its quarterly dividend from $0.45 to $0.51 and the repurchase of up to $17.1 billion of its stock over the next year.

The current dividend yield for C shares is 2.5%, and if the share price didn’t change the increased dividend, which is expected to start paying in Q3 of 2019, would bump the yield up to 2.9%.

At the beginning of the year, I selected Apollo Global Management, LLC (APO) as my favorite investment idea for 2019. The stock rose 40% in the first half of the year.

Apollo Global is an alternative investment company with assets under management (AUM) totaling $280 billion, dispersed among credit, private equity and real estate investments. On May 2, Apollo announced that they will convert from a publicly traded partnership to a corporation during the third quarter of 2019.

Several of Apollo’s alternative asset manager peers announced corporate conversions during the last year, compelling Apollo to hop onto the bandwagon in order to garner a share of the institutional money that will more easily flow to these new corporate entities.

Many institutional investors (pension funds, mutual funds, etc.) who are prohibited from investing in shares of partnerships, as per their investment policy statements and prospectuses, will embrace the opportunity to own APO after the corporate conversion.

The stock will also be eligible for inclusion in various stock market indexes, thus generating buying activity on the part of index-oriented investment entities (e.g. mutual funds and institutional portfolios). The negative trade-off for Apollo is that the company will likely pay a higher income tax rate in the future.

At a share price of 35.28, APO has delivered a 52% year-to-date total return to shareholders. It’s not realistic to expect additional capital gains after such outsized performance during the first half of 2019.

The payout varies each quarter with the total of the last four announced payouts equaling $1.91 and yielding 5.4%. Consider using a stop-loss order to protect profits, and watch for opportunities to buy Apollo Global during market corrections.