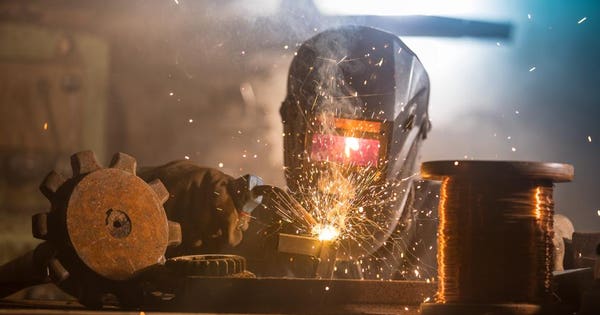 A spike in announcements of bonus payments for workers followed the passage of the Tax Cuts and Jobs Act (TCJA) in December 2017, and President Trump took credit for the extra payouts. They were, he said, just the beginning of a protracted period of real compensation growth fueled in part by the cut in corporate tax rates from 35 percent to 21 percent.

But recently-released data by the Bureau of Labor Statistics show that private-sector bonus payments fell substantially in the first quarter of 2019, continuing a trend that began in the fourth quarter of last year. Rather than a secular upward shift in workers’ compensation, this is the classic pattern of a tax-motivated timing shift.

In the first three months of this year, bonuses not directly related to the productivity of private-sector workers fell about 23 cents for every hour worked compared to a year earlier (from 96 cents to 73 cents per hour). The decline came just over a year after firms made highly-publicized post-TCJA promises of bonuses to an estimated 5.4 million employees (causing the year-over-year bonus rate to increase 9.8 percent in the first quarter of 2018).

The plunge befuddled some journalists and analysts alike, but it shouldn’t have. As early as January, 2018, just a month after the TCJA passed, a blog by tax professors Daniel Hemel of the University of Chicago and David Kamin of NYU predicted the flurry of bonus announcements wouldn’t last. They argued that the announcements merely represented an acceleration of payments that corporations wanted to deduct at the higher tax rates on their 2017 tax returns, rather than a net increase in worker compensation.

With time to review the 2018 bonus data, a June 2019 Congressional Research Service report reached the same conclusion. And a working paper by Fabio Gaertner, Dan Lynch, and Mary Vernon of the University of Wisconsin-Madison from October 2018 found similar results with respect to defined benefit pension plan contributions. They reported a 27 percent spike in employer contributions made by September 15, 2018, which allowed these companies to deduct the contributions on their 2017 returns when they would face the higher, pre-TCJA tax rates.

Bonuses to employees by large corporations, which are accrual-method taxpayers, may be deducted in the tax year in which they are incurred (or declared) rather than paid. One constraint: Firms must distribute the bonuses within 2.5 months of their year-end. The accounting rule permitted firms to deduct bonuses at the higher rates in effect before the enactment of the TCJA, even when they paid the bonuses the following year. (As an additional benefit, the recipients of bonuses paid out in 2018 owed at the new, lower, TCJA individual income tax rates—so the timing created a win-win for firms and employees.)

Firms with calendar years could deduct bonuses in 2017 by making their payments by March 15, 2018. Thus, for example, a corporation that operated on a calendar year could claim a 35 percent deduction by establishing a “bonus pool” in 2017 and distributing the bonuses to its employees by mid-March 2018.

Firms with fiscal years had a little longer after the passage of the TCJA to take a 2017 deduction, although it would be at a somewhat lower pro-rated tax rate (a blend of the 35 percent and 21 percent). Thus, a corporation with a June 30 year end could claim a 28 percent deduction for bonuses incurred through June 30, 2018, so long as they were paid by September 15, 2018. (Fiscal year corporations account 27 percent of all corporations).

Now the facts are in. Hemel and Kamin were right. Year-over-year bonus payouts jumped 9.8 percent in Q1 2018 and remained high through the second and third quarters of 2018. But by Q4 of 2018 and through the early part of the 2019, payouts dropped, suggesting that the well-publicized post-TCJA bonus activity was largely driven by tax-motivated timing.

The jury is still out on whether the TCJA will boost long-term compensation. If, as the White House Council of Economic Advisers projected in 2017, average US household annual income will grow substantially over the next several years in response to the TCJA, some growth may show up in bonus payments. But based on the pattern of 2018 and 2019 thus far, it’s not happening yet.

The author would like to thank his colleague, Theo Burke, for his substantial contributions to this blog.

How Can Retirees Invest Sustainably?
Millionaire Renters Have Tripled Since 2015
Venture capital for Black entrepreneurs plummeted 45% in 2022, data shows
Early retiree says breaking these 6 ‘society rules’ helped him save $1 million: ‘I wasn’t born rich’
Rivian to lay off 6% of its workforce as EV price war concerns grow