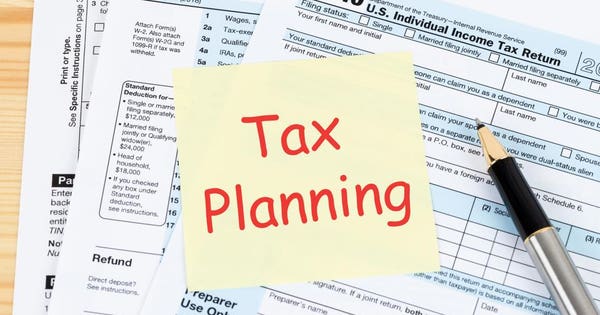 Earlier this year, the U.S. House of Representatives passed the Setting Every Community Up for Retirement (SECURE) Act, by a whopping 417-3 vote. Initially, it was widely believed that the Senate would make quick work of the bill, as it had the incredible rarity of receiving broad bipartisan support.

Of course, it’s Washington we’re talking about, and nothing is ever as easy as it seems at first. Along those lines, after objections about portions of the bill from a handful of Republican Senators, led by Ted Cruz, the bill was moved off the “fast-track” and has been “stuck” in the Senate ever since. Nevertheless, most experts believe it is only a matter of time before the SECURE Act becomes law.

Key Provisions of the SECURE Act

While the potential changes made by the SECURE Act would pale in comparison to those made by the Tax Cuts and Jobs Act of 2017, they would represent some of the biggest changes to the retirement savings landscape in history. The bill, among other things, calls for the age limit on Traditional IRA contributions – currently 70 ½ – to be lifted, the creation of a new 10% penalty exception for childbirth or adoption and, as widely reported, the elimination of the “stretch IRA” for most non-spouse beneficiaries.

Another change that would be made by the SECURE Act, and one which would primarily benefit wealthy IRA owners who do not need income from their accounts to meet ongoing expenses, would be a change in the starting age for required minimum distributions (RMDs). Instead of the current age marker of 70 ½, the SECURE Act would require distributions to begin at 72. Interestingly, this change would have a bigger impact on planning for individuals with birthdays within the first half of the year, as compared to those with birthdays in the second half of the year.

(Note: A separate retirement-related measure that was introduced in the Senate calls for age at which RMDs start to be pushed back to 75.)

For those who have amassed sizeable retirement accounts, but don’t necessarily need income from those accounts to live, RMDs are often seen as a burden, and “unfair.” Such individuals often want to delay taking distributions from their retirement account(s) for as long as possible in order to maintain the tax-deferral of those assets, and minimize the bite of income tax. They see required minimum distributions as being a tax – or even a penalty – on savers.

Others, on the other hand, use the low-income years that may be present between retirement and when RMDs begin – often called “gap” years – to accelerate income from their IRAs to build up their Roth IRA balance via Roth conversions. Once RMDs begin though, that strategy is often curtailed because the RMD is already increasing the individual’s income, but cannot, itself, be converted.

Thus, the “pushing back” of RMDs would allow such individuals a slightly longer period of tax deferral, or the ability to execute more/larger tax-efficient Roth conversions.

With this in mind, an interesting wrinkle of the SECURE Act’s proposed change to the starting age for RMDs is that it would actually benefit individuals with first-half-of-the-year birthdays (January 1st – June 30th) to a greater extent!

To see how this would play itself out, consider the following examples…

If, however, the House version of the SECURE Act is enacted, Sally would not have to begin taking distributions until her 72nd birthday, which is in 2022. Thus, she would pick up two additional “gap years” in which she has greater control over her income.

If, on the other hand, the House version of the SECURE Act is passed into law, Mark would not have to take an RMD until the year he reached 72. Since Mark will turn 72 on September 3, 2022, he would first have to take an RMD for 2022. Thus, unlike Sally, who would benefit from two additional “gap” years by the passing of the SECURE Act, Mark would only gain one additional “gap” year.as compared to current law.

Thus, it is fair to say that the change in RMD age would potentially benefit Sally to a greater degree than it would Mark. Sally, for instance, would have two additional years in which she could make Roth IRA conversions without first having to account for any required minimum distributions, while Mark would gain only one such year.

How The SECURE Act Is An RMD-Win For Everyone

Changing the RMD age from 70 ½ to 72 would have an additional big advantage that would benefit all taxpayers equally though… it would dramatically simplify things for everyone. Not only would it get rid of the silly half-birthday thing that many find confusing, but it would harmonize the RMD rules for all people born within a calendar year, similar to the Full Retirement Age rules for Social Security benefits.

All persons, for instance, born in 1950, have a Full Retirement Age of 66. But as noted above, only some (roughly half) of all people born in 1950 must begin RMDs in 2020. And making matters even more confusing is that the first RMD “factor” – the amount an individual’s prior-year-end balance must be divided by in order to calculate their RMD – differs depending upon whether they are a first-half-of-the-year baby, or whether they were born in the second half of the year.

Suppose, however, that the SECURE Act becomes law, and the RMD age is increased to 72. All of a sudden, individuals with a birthday during the same calendar year would use the same factor to calculate their RMD (unless they had a spouse more than 10 years younger as their sole beneficiary, in which case, a special Joint Life Expectancy Table is used to determine the RMD factor), regardless of when during the year they were born. For example, anyone born in 1950 would have RMDs beginning in 2022, and would use a factor of 25.6 to calculate that first RMD.

The SECURE Act’s proposed change to the starting date for RMDs would not be the most impactful of its changes. But for diligent savers, any break in forced-income-acceleration would be welcome news. And everyone should welcome any simplification of the rules, which an actual age-based RMD starting point would provide. For the first time, those born in the first half of the year, and those born in the second half of the year would begin RMDs in the same year, and would calculate those RMDs using the same factor. Here’s to life’s (potential) little victories.

Questions or comments? Let me know on Twitter @CPAPlanner . And to find out more about BluePrint Wealth Alliance, visit bpwalliance.com. Click here for disclosures.