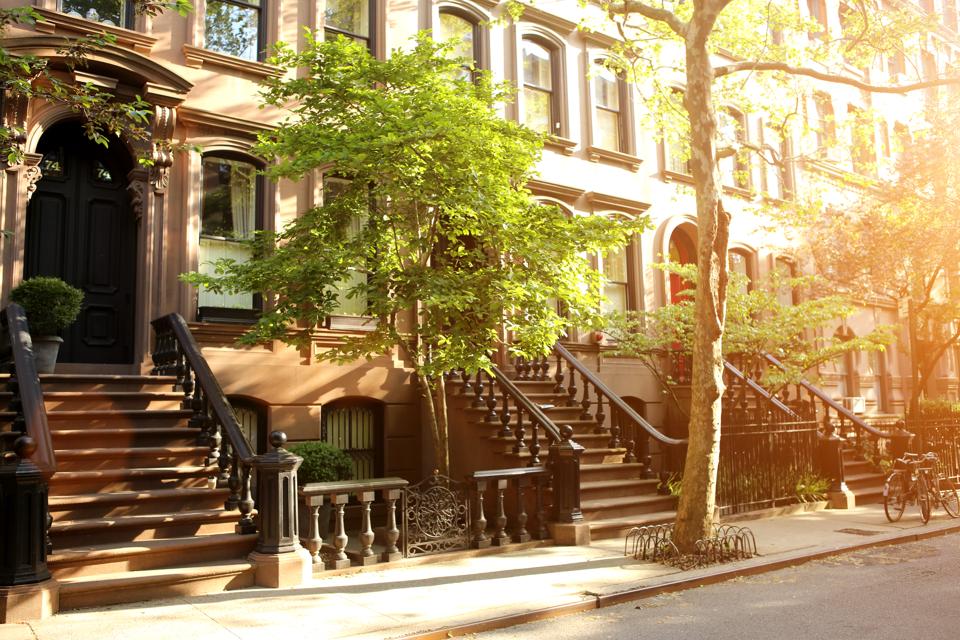 When you think of a star-studded neighborhood, the quiet, low-rise neighborhood of the West Village is not what may come to mind. The quaint neighborhood on the Hudson River in lower Manhattan, however, is chock-full of A-listers who enjoy both anonymity and luxury in its maze of streets.

Though ritzy, skyscraper-clad areas like SoHo and Tribeca may seem like more fitting locales for the stars, Architectural Digest recently declared West 11th Street between West Fourth and Bleecker streets, where Sarah Jessica Parker and Matthew Broderick are renovating a double-wide townhouse, the most celeb-filled block in the city.

And though its digression from the traditional Manhattan grid may cause confusion for newcomers trying to navigate the area on foot, it’s one of the exact reasons why celebrities are able to blend in, noted Rory Bolger, a real estate agent with Citi Habitats who lived there from 2014 to 2016. “You can almost feel like you’ve kind of disappeared into the nooks of the West Village,” he explained.

Bolger rattled off a list of high-profile names who were his neighbors at the time, including Blake Lively (who has since moved upstate) and Monica Lewinski. Ben Stiller, meanwhile, reportedly resides in 150 Charles St., while Andy Cohen has a co-op in 2 Horatio St. Daniel Radcliffe, Amy Poehler and Calvin Klein also own real estate in the neighborhood. “It draws down-to-earth celebrities, people that aren’t looking to hide in their highly-secure doorman building,” Bolger said.

And living among the famed entertainers is, not surprisingly, fun, he added. Bolger recalled being boxed into a bagel shop on Hudson Street by the hulking Hugh Jackman (“he’s so tall!”), and having a few beers at the nearby WXOU Radio Bar with Kiefer Sutherland, Jason Patric and Josh Brolin, while Chris Noth sat at another table nearby with, of course, several beautiful women. “It was just us,” Bolger said. “It was amazing.”

Much of the area’s character, which features tree-lined cobblestone streets and century-old brownstones, are protected by historic status from the city, keeping it almost trapped in time while the rest of the Big Apple hustles and bustles.

“The West Village is truly one of the only neighborhoods to retain its original character and charm due to low-density zoning and incredibly rigid architectural restrictions,” said Brett Wolfe, director of sales and marketing Property Markets Group (PMG), the developer behind 111 Leroy St.

The 10-story new development has nine full-floor condos, known as the Residences, and five adjacent single-family townhomes, or the Houses. The Houses will feature private terraces with fire pits, outdoor kitchens, and hot tubs, and each will have a private elevator. The Residences will have a 24-hour doorman, a modern fitness center and a resident lounge designed by Lobel Modern. The average sales price in the building is $6.9 million, according to the listings site StreetEasy.

It’s this level of luxury that attracts high-profile buyers to such an under-the-radar enclave, Wolfe agreed. “A celebrity can enjoy the neighborhood without being noticed and be among like-minded people – yet they’ll also have every luxury good and service on call,” he said.

The strict zoning rules aren’t the only obstacles facing development in the West Village, however. Its historic status makes vacant land nearly impossible to find and spaces to convert to residential almost as rare. The scarcity has also kept its real estate prices high through ups and downs in the market, experts said.

That being said, it’s not the most expensive Manhattan area to live in. Its median prices are currently $1.4 million for sales and $3,500 for rentals, according to StreetEasy. For reference, those numbers are $3.8 million and $6,195 in Tribeca, respectively, and $2.9 million an $3,600 in SoHo.

The lack of availability is similarly why Brack Capital jumped at the chance to convert a former printing press at 90 Morton St. “It’s not easy to find a site that has an existing building with very good bones, whether it’s residential or industrial, that you’re able to convert per zoning and that’s also vacant,” explained Shlomi Reuveni, founder of Reuveni Real Estate, the sales and marketing team for the project.

The 13-story building was converted last year into 35 condos with amenities like a covered driveway, a resident’s library, children’s playroom and a 64-foot indoor pool. Its average sales price is $12.6 million on StreetEasy.

It was first constructed in 1912, lending itself to 3,000-square-foot apartments with vaulted ceilings and enormous windows, Reuveni added. “The West Village is such a coveted neighborhood that any developer, given the opportunity, would love to do a project there,” he said.

Hate fast fashion? You can compost this new streetwear clothing line
Roth IRA conversion taxes may be trickier than you expect. Here’s what to know before filing — or converting funds in 2023
Lack of financial literacy cost 15% of adults at least $10,000 in 2022. Here’s how the rest fared
Inflation is cooling, but prices on many items are going to stay high for months
Stocks making the biggest moves midday: Sunrun, U.S. Bancorp, Alphabet, AT&T and more