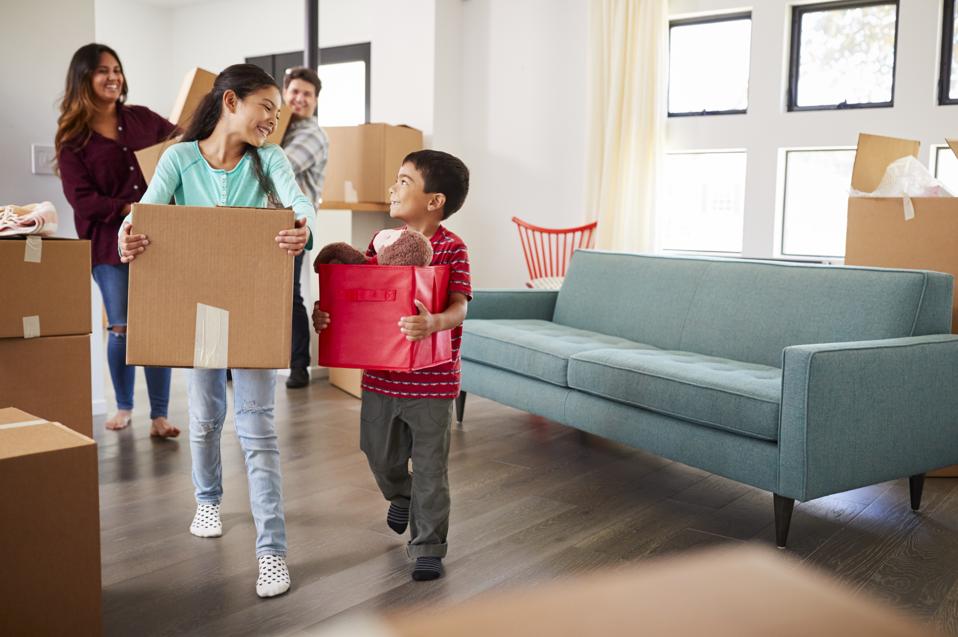 A new report by CoreLogic, a leading property information and data provider, takes a deep dive into the evolution of the U.S. housing market during the nation’s longest economic expansion and touches on a burning question: Is a recession looming?

The U.S. economy has been growing for 121 consecutive months, the longest run in the nation’s history. The report examines the housing economy and looks at the growth of gross domestic product (GDP), unemployment rates and housing activity from June 2009 through July 2019. With housing comprising about 15% of GDP since 2010, the real estate market is an important indicator of economic health. Here are some key takeaways from the report.

“During the last nine years, the expansion has created more than 20 million jobs, raised family incomes and rebuilt consumer confidence,” said Frank Nothaft, chief economist at CoreLogic, adding: “The longest stretch of mortgage rates below 5% in more than 60 years has supplemented these factors. These economic forces have driven a recovery in home sales, construction, prices and home equity wealth.”

Nothaft said the rebound and growth of home equity growth to record levels has contributed to overall economic activity.

“Home equity wealth in aggregate, that equals all homeowners in the country, has grown nearly $10 trillion from a low trough point,” said Nothaft. “When we look at it per household, that’s an increase of almost $100,000 in home equity per homeowner. For your average homeowner that’s a bunch of money. Of course, the money is tied up in the home, but it is a real increase in wealth. And that increase in wealth, whether it’s cashed out or still stored in the home, still contributes to an increase in consumption spending.”

Considering that many homeowners will tap into their home equity to maintain and improve property values, Nothaft pointed out that reinvesting in their homes “pumps money back into the economy.”

House flipping is at an all-time high. Since 2010, the housing flip rate has increased significantly, but flippers are playing a different game. In a blog post discussing the trend, Ralph McLaughlin, deputy chief economist and executive of research and insights for CoreLogic, said: “In 2018, the share of home sales bought by investors reached its highest level in two decades. However, this increase isn’t from big institutional buyers, but rather from smaller investors just getting into the game. What’s more, these investors appear to be focusing in the starter-home tier, giving first-time home buyers a run for their money while also chasing homes in markets with relatively high rents.”

Through May 2019, single-family rents increased 33% in the United States.

Nothaft also pointed out that house flipping in recent years has been very different from the bad reputation it got during the housing boom.

“During the housing boom, you had all these advertisements for get-rich-quick schemes such as become a real estate millionaire, be a tycoon flipping houses, you can’t lose money,” he said. “That’s not the mentality in the market today. That was very unique for 2005 and 2006. And for people who thought they could just buy a home and sell it three months later and make a fortune, they ended up losing their shirts when the housing market crashed.”

The current crop of home investors is more selective in the homes they buy, Nothaft explained.

“They are buying homes that are a little bit older, need some repair, are lower priced, at a good price point for purchasing, and making the investment. And then turning around and reselling them,” he said.

The Millennial effect. With home prices soaring after the recession, many first-time buyers delayed homeownership, choosing instead to rent for a longer period. However, in 2018, Millennial buyers, those born from 1981 to 1996, reversed this trend by becoming the largest cohort for home purchases, accounting for 44% of home-purchase mortgage applications. These Millennial buyers are looking for affordability and not buying in the typical coastal cities seen in the past, according to CoreLogic.

According to CoreLogic, four of the top 10 metros for Millennial buyers were undervalued in May 2019, (Pittsburgh; Rochester, New York; Wichita, Kansas; and Grand Rapids, Michigan), five metros were at value (Buffalo, New York; Milwaukee; Albany, New York; Provo, Utah; and Des Moines, Iowa). One metro, Salt Lake City, was overvalued. California metros had the lowest percentage of Millennials applying for a mortgage.

The CoreLogic analysis categorizes home prices in individual markets as undervalued, at value or overvalued by comparing home prices to their long-run, sustainable levels, which are supported by local market fundamentals such as disposable income.

“Millennials are attracted to markets with plenty of jobs and an ample supply of entry-level homes,” said Nothaft, adding that “it’s no coincidence that all but one of the top Millennial housing markets was considered fairly valued or undervalued.”

Recession jitters. “As the economy continues to progress, concerns over an imminent recession have been rising,” the report stated, noting that the 10-year Treasury yield dropped to roughly 2% in June 2019 from 3.2% in November 2018, a sign that the bond market fears a slowdown.

“Additionally, the stock market has experienced some bumps in the past year with two corrections (a decline of 10% or more in the Standard & Poor’s 500 Index) occurring in the past 15 months,” according to the report.

Experts have also hinted to a likely recession. Forty-nine percent of the respondents in the Wall Street Journal’s Economic Forecasting Survey expect a recession to occur in 2020, while 36.6% expect one the following year.

While home prices are still growing, they are doing so at a slower pace, according to CoreLogic. The report stated, “Home prices increased just 3.6% year over year in May 2019, down from 4.1% in January. Additionally, housing starts in May 2019 underperformed, dropping 0.9% below the revised April estimate. Still, some signs are positive. The overall mortgage delinquency rate reached a record low in April 2019 at 3.6%. With mortgage rates currently at a two-year low, providing much needed improvement in mortgage affordability for prospective home buyers, the CoreLogic HPI Forecast expects a moderate 5.6% acceleration in annual home price growth from June 2019 to June 2020.”

Nothaft has reason to believe global economic growth could weaken, which would affect the United States’ export sector.

“There’s all this chatter in the capital markets about trade wars, tariffs and imposing tariffs,” he said. “Prospects of a trade war not only impact global economic growth but have the potential to bleed over into the U.S. and slow economic growth in the U.S. and perhaps even contribute to a recession. It affects our export sectors, but it also affects investment decisions by companies in the U.S. who are uncertain about what the trade policy, the tariff structure, the demand for their output will be in the future. And when business leaders are uncertain about the demand for the goods that their companies are producing, they back off from making investments. They back off from investing in new factories, new plants and equipment and new technology because they don’t know if the demand is going to be there.”

Nothaft said business leaders like to know what the rules of the game are and whether they are winning or losing.

Jim Chanos: Bear market is doing something unheard of in my career
Crypto Donations Now Need An Appraisal
Gautam Adani calls off $2.5 billion equity sale as regulatory concerns grow
How to figure out the best time to file your tax return: Don’t ‘race to the finish line,’ say tax pros
Real Estate Buyers Are Not Liars, Agents Just Need To Listen