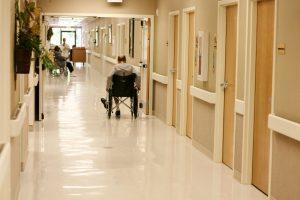 Nursing homes are regulated by the Federal government and in most instances, these regulations make sense in terms of safety. However, things go wrong in nursing homes on a regular basis and sometimes they go horribly wrong. For decades, nursing homes were allowed to handle claims against them for allegations of wrongdoing in complete secrecy from the public. They did so by forcing every person who needed to go into a nursing home to sign an agreement upon admission that any dispute as to anything that happened in the home had to be decided in a private arbitration, not disclosed to the public.

Essentially that took away the basic right we have in our society to file claims in our courts and have them decided by juries. This right should apply to everyone, particularly our vulnerable elders and disabled, who may be unable to speak for themselves. If a nursing home resident was hurt, neglected, assaulted or his or her death was hastened by the actions or failures of nursing home personnel, the family could only make a claim that was decided behind closed doors, no jury, no light shed on wrongdoing. Then things changed for the better.

In 2016, after reviewing years of data, The Centers For Medicare and Medicaid Services created a new regulation, holding nursing homes accountable for their wrongdoing by banishing forced arbitration. Their basis for doing so was that extensive data showed how handling claims in secrecy was detrimental to the health and safety of residents. For the many advocates for elder and disabled people in long term care, this was a moment of triumph.

I personally worked with a older client we’ll call “Isabel” who had been sexually abused in a large nursing home by a staff member. Her attorney was able to file a lawsuit and have the option of taking the case to a jury trial. The matter fairly settled out of court under threat of exposure at trial of the home’s bad hire of its employee. Had Isabel been subject to forced arbitration in secrecy, with an arbitrator chosen by the nursing home, the outcome would likely have been quite different. That is a direct example of how banning forced arbitration benefitted this client. The assailant was fired and Isabel was able to move out of the place where the assault occurred with her settlement funds. She had no financial means to do so without those funds.

Now, the right to have any nursing home claim decided in court by a jury has been stripped away in an ugly rollback to the past dark period of secrecy. If Isabel’s sexual assault by the nursing home worker who attacked her happened today, she would be forced into arbitration on her claim. And she would not likely fare as well as she did with an attorney who could take her case to court. Without a fair settlement, Isabel would also be forced to stay indefinitely in the very same lax nursing home that hired the predatory worker who hurt her. She hated it there after her attack and I helped her move out with the aid of her daughter and her settlement monies. Low income people like Isabel have few choices without legal cases to protect their rights and vindicate wrongdoing.

No nursing home resident, disabled or frail should be stripped of the very rights that nursing home reform advocates worked so hard to gain and protect. Yet this has happened–no more right to a jury, no right to appeal. And those responsible for destroying those rights will be patting themselves on the back with how proud they are of “eliminating government regulations”. There is no question that vulnerable people will be hurt by this. Care and safety of nursing home residents will again be diminished. Contact your congressional representative, as I will, if you find this disturbing. The residents themselves cannot lobby their legislature.

Watch the Federal Reserve’s Waller speak live on the economy and interest rates
Bed Bath & Beyond beefs up legal team ahead of possible bankruptcy filing in New Jersey
The Future Of Economic And Workforce Development
Roth IRA conversion taxes may be trickier than you expect. Here’s what to know before filing — or converting funds in 2023
SECURE 2.0 Helps You Shift From Taxable To Tax-Free Savings— But Your Employer Must Change Retirement Plan Documents To Allow The Option