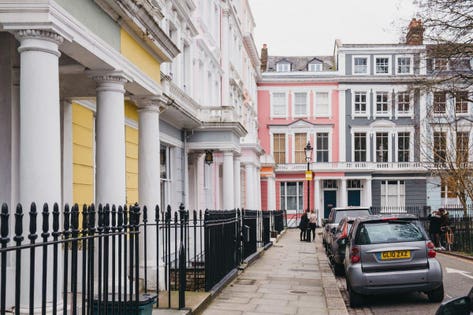 The latest UK house price index report from the Office of National Statistics (ONS), covering May 2019, has painted a mixed picture of the market, with better news in some areas of the country over others.

There’s still a sense that political uncertainty continues to stifle growth. The report, that can be read in full here, paints a particularly difficult picture for Londoners, with prices in the capital now falling at their fastest rate for a decade.

As has been the case of late, the notable green shoots are found north of London. Prices in the north west of England, for instance, saw a healthy increase of 3.4%. The West Midlands experienced a 2.7% rise, whilst in Wales and Scotland, the trend was upwards too. Prices rose by 3% and 2.8% respectively, year on year.

Concerns, however, persist in London. House prices remain high there, but have been falling continually now since March 2018, and are now 4.4% down on their value in the same period 12 months previous. Worryingly, the drop is the biggest year on year fall recorded in London prices since August 2009, which was driven largely by the financial crash.

A turn in the London market?

In recent months, there had been some suggestion that the fall in London housing prices had finally started to turn: A report from Rightmove, released earlier this week, is positively inclined too, noting that the time it takes to sell a home in London is speeding up.

But the latest report from the ONS is less optimistic.

Britain will have a new Prime Minister within a week, and expected victor, Boris Johnson, has already hinted at generous plans with regards stamp duty. Stamp duty rates have been a bone of contention in the market, particularly in a period of price suppression in London. Slashing these, or scrapping aspects of it altogether, would provide a sizeable stimulus to the market.

It’s also increasingly likely, as we look towards the latter half of 2019, that Brexit will come to some kind of resolution this year or early next year. Again, assuming Johnson prevails, he is adamant the UK will leave the EU on October 31st. Brexit has been a huge factor hovering over the market, with some reluctant to take the plunge on a house purchase until it’s clearer what post-Brexit Britain will look like.

Economic signs are positive. Unemployment is low, interest rates remain competitive, and just this week, a separate ONS report revealed that UK wage growth is at its highest since 2008.

Still, nobody is expecting a quick turnaround. The feeling remains that there won’t be significant changes in consumer sentiment or house prices until September and October. That’s crunch time for whoever prevails as Prime Minister, and the ramifications of what happens will be felt across the housing market – and likely the entire economy – for some time to come.

Until then, expect the story to stay the same: outside of London, negligible to small house price rises. In the capital? It’s in decline for the time being, but there are positive signs hinting towards impending stability.

China’s real estate crisis isn’t over yet, IMF says
The Fed Is Poised To Hike Interest Rates Again – Is It Enough To Keep Away A Recession?
Auto loan delinquencies are rising. Here’s what to do if you’re struggling with payments
2022 was the ‘real year of the Great Resignation,’ says economist
8 Tips For Tax-Free Gifting In 2023