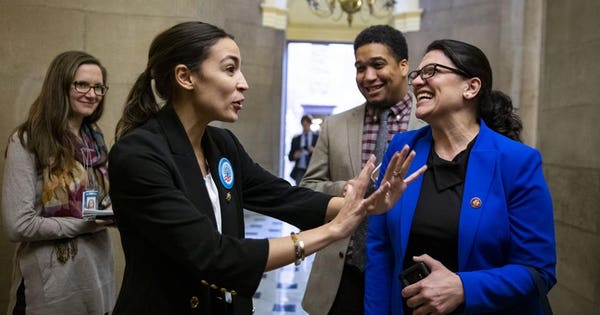 Minimum wage hikes are reaching a fever pitch lately in America. Politicians at all levels, federal, state, and local are racing to get the minimum wage to the “living wage” of $15.

The most recent push comes at the federal level, where there’s a proposal on the table for a $15 minimum wage by 2025.

And it’s supported by a CBO study, which finds that a $15 minimum wage will give a big boost to the incomes of American workers paid the minimum wage. “In an average week in 2025, the $15 option would boost the wages of 17 million workers who would otherwise earn less than $15 per hour. Another 10 million workers otherwise earning slightly more than $15 per hour might see their wages rise as well,” says the report.

Jordan Awoye, Managing Partner at Awoye Capital sees this as a positive development for the whole economy. “The wage increase would give Americans the extra income to actually save and invest for their retirement and healthcare needs,” says Awoye. “We have a tremendous number of Americans that cannot fund their own retirements or take care of themselves with healthcare cost, forcing them to use government programs and aids. With fewer people solely depending on the government for these concerns, the government would spend less money on those programs. Causing a positive impact on government spending and where they allocate those resources, which ultimately would boost the economy.”

The trouble is that the CBO report finds that some Americans will lose their jobs because of the minimum wage, too. “But 1.3 million other workers would become jobless, according to CBO’s median estimate,” adds the report. “There is a two thirds chance that the change in employment would be between about zero and a decrease of 3.7 million workers. The number of people with annual income below the poverty threshold in 2025 would fall by 1.3 million.”

Jeff Yastine, a senior equities analyst at Banyan Hill Publishing, agrees. “I believe a $15 federal minimum wage would be a good thing for the US economy. Many national US companies and local employers pay this amount or more in order to attract good quality workers to their office and factories.”

The CBO study also finds that minimum wage hikes will have a negative impact on small businesses. “A higher minimum wage reduces the family income of business owners to the extent that firms’ profits are reduced,” says the CBO report. “Those losses in business income are biggest in the first years after a higher minimum wage is introduced. Real income is also reduced for nearly all people because increases in the prices of goods and services weaken families’ purchasing power. Over time, as businesses increasingly pass their higher costs on to consumers, the losses in business income diminish and the losses in families’ real income grow.”

What the CBO report fails to mention is that, unlike larger businesses, smaller businesses usually operate in a highly competitive environment with thin margins. And competition makes it difficult to pass on minimum wage hikes to consumers.

That’s why scores of them will be crushed, especially in states where the market wage is currently near the Federal minimum wage.

Uber Freight cuts 150 jobs, about 3% of the unit’s head count
Teaching Tax Law Critically And The Earned Income Tax Credit
GM to invest $918 million in new V-8 gas engines and EV components
Southwest CEO maps out a recovery after holiday meltdown: ‘We have work to do’
Crypto exchange Gemini lays off 10% of workforce in its latest round of cuts