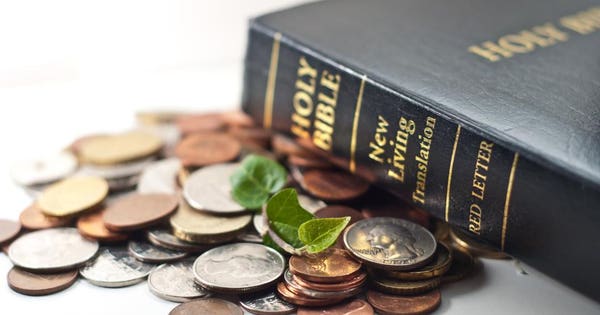 There is no passage in the Bible that states, “Thou shalt not pay tax.” That was the finding in an Australian court case which garnered worldwide interest because of the nature of the defense: the family refused to pay tax, claiming that it was “against God’s will.” However, Associate Justice Stephen Holt ruled against them, ordering the family to pay more than $2 million in taxes.

The family, including siblings Fanny Alida Beerepoot and Rembertus Cornelis Beerepoot, migrated to Australia from the Netherlands in the 1980s, eventually settling in northern Tasmania where they operated a successful honey farm.

By TUBS – Own work. CC BY-SA 3.0 (https://creativecommons.org/licenses/by-sa/3.0), via Wikimedia Commons

Tasmania is an island located off of the southern coast of Australia; it’s a separate state but governed by Australia, much like states in the United States. Tasmania, like other states, also has local governments, sometimes called local councils. Those councils are responsible for roads, trash disposal and the like. The money to pay for those projects, as in the U.S., typically comes from a combination of property taxes and money from the state and federal governments. Those property taxes are what the Beerepoots initially refused to pay (their council tax bill) beginning in 2010.

The Beerepoots based their claim on the idea that they didn’t own the land, saying that it belonged to God and thus, paying taxes would be the same as bowing to a “false god.” In a letter addressed to the Meander Valley Council, the Beerepoots wrote:

On the other hand, we believe that our heavenly father is sovereign and that he reigns today, thus we worship him and him alone so that his will is established on the Earth … you are asking us to bow down to a false god which is something we cannot do.

In 2017, the Guardian reported that the local council had seized a car owned by the family to pay the debt, but were considering seizing the property for sale to pay the tax due. Part of the land was eventually taken and sold by the local council in an effort to settle the debt.

The Beerepoots aversion to paying tax didn’t stop at property taxes: Fanny and Rembertus were also accused of failing to pay income taxes. The Beerepoots claimed that they had paid income tax before 2011, but later realized that paying tax was “against God’s will.” Specifically, Rembertus argued that forcing them to pay tax meant that they were being taken away from God. That’s why, he says, Australia has been cursed. According to ABC News Australia, Beerepoot alleged, “As we move outside of God’s jurisdiction, this country has received curses which we’re already seeing in the form of droughts and infertility.” He suggested, “As we reject God, the curses upon us become greater, but if we return to God’s teachings there will be healing,” concluding that ”[w]e rely on the blessings we receive from God which we give to him and not to an outside entity such as the tax office.”

Those blessings were pretty significant. In 2017, the pair were summoned to the Supreme Court of Tasmania after failing to pay income tax. The amount due eventually reached more than $2 million (AUS) in tax, interest, and costs.

It took less than three hours for the court to rule against them, ordering the brother and sister to pay $1.159 million (AUS) and $1.166 million (AUS), respectively. Judge Holt said that he believed that their beliefs were genuine, “[b]ut in my view, the Bible effectively said that civil matters and the law of God operate in two different spheres.”

The family, who have not publicly aligned with any particular religious group, disagrees. They have posted their religious beliefs on their web as “Caleb’s Journal.” Referencing the separation of government and religion, the family claims that Biblical teaching “requires that we cease rendering to Caesar that which belongs to God.” The articles on the website are attributed to Henk Beerepoot, the father of Rembertus and Fanny. Henk died in 2013.

The family has offered little in the way of comment outside of court, but a banner on the honey farm’s website notes that the honey farm is closed for a couple of days “due to personal family matters.”

As some retirees worry about surprises this tax season, these resources may help
How Zelle is different from Venmo, PayPal and CashApp
Bond king Jeffrey Gundlach says he expects one more Fed rate hike
‘New Year’ To-Do List For Gen-Z Retirement Savers
Is Social Security Going To Go Bankrupt?