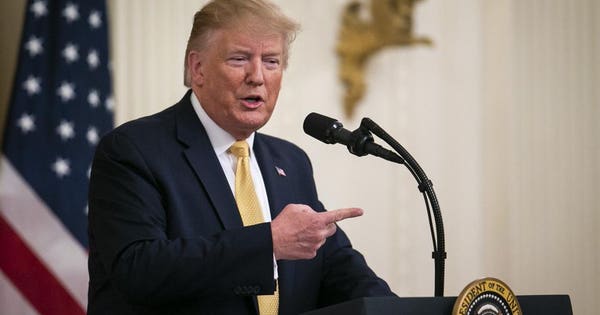 U.S. president Donald Trump set the crypto-verse ablaze on July 11th when he directed a series of tweets at bitcoin, Libra, and cryptocurrencies writ large, dismissing them as unregulated assets with no innate value or use cases other than to support illicit activity. As expected, crypto-twitter responded en masse from all angles in defense of the industry, with some offering to educate him and others crowing that the mere mentioning of bitcoin by a sitting president legitimizes the asset class and will accelerate its recent price climb.

It would be easy to leave the conversation here and let the president and crypto industry continue along their respective paths. However, it is not quite so simple.

In reviewing all of the commentary that surrounded the president’s tweets, I was left with a hypothetical. Imagine that there was an open and permissionless cryptocurrency that was scalable, private, and could magically be prevented from being used for illicit activities. Is there any chance that Donald Trump would sing its praises?

Why? Because for the president everything comes down to control, and he wants to have a full arsenal of tools at his fingertips. It is for the same reason that he is constantly criticizing the U.S. Federal Reserve, claiming that the U.S. economy would be performing even better if Chairman Jerome Powell “wouldn’t have raised interest rates so much.”

Need another example? Take a look at U.S. sanctions policy, in particular the new measures being used to prevent Iranian leaders from accessing to key financial instruments. Economic sanctions have long been popular in the U.S. for a few reasons:

Therefore, the pre-eminence of the dollar is not only a crucial accelerator of the U.S. economy, but an indispensable foreign policy tool.

To acknowledge and accept the benefits of cryptocurrencies would require Donald Trump or any president to forego these essential policy instruments, which is something that few people would do voluntarily.

Finally, the need to control all of the levers may be more important for this president than most. In fact, it was very telling that during the 2016 Republican National Convention, upon referring to the acrimonious political arena in Washington, D.C., then-candidate Trump boldly stated, “I alone can fix it”. This is a theme that was pervasive throughout his campaign regardless of whether he was discussed economic policy, corruption, or international relations.

Be Careful What You Wish For

With this context, entrepreneurs and advocates in the crypto space would be well-served to exercise caution and temper their enthusiasm following the industry’s latest 15 minutes of fame. The president’s modus operandi and strategic interests suggest that he would not hesitate to further castigate the industry, for instance in response to a major hack or ponzi scheme, if it is deemed to be beneficial to his 2020 re-election strategy.

This could be problematic because this president has a large and loyal base that finds him extremely credible. Remember almost 63 million people voted for him in the 2016 election. It would be very difficult to successfully counter-message his followers, many of which may have heard about bitcoin and crypto for the first time on these tweets, based on quality of argument. Then adding in the fact that he can directly reach 62 million people on Twitter and over 25 million people on Facebook, the community would be going up against an unprecedentedly large megaphone to win the hearts and minds of potential customers.

Therefore, the industry would best be served by continuing to build, engage with regulators (many of which are independent) and law enforcement, and identify use cases and products that intuitively fit the needs of customers.

IRS warns tax refunds may be ‘somewhat lower.’ With high inflation, that’s a ‘double whammy’ for families, says advisor
The Fair Tax Act, explained: What to know about the Republican plan for a national sales tax, decentralized IRS
Here are 5 things to know about filing a tax return this year
Bill Gates is ‘very optimistic’ about the future: ‘Better to be born 20 years from now…than any time in the past’
These are the key tax forms you need to file your return — and when to expect them