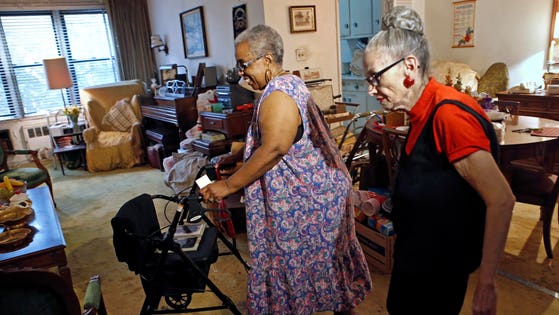 The bureau called the lapse a possible missed opportunity to strengthen prevention and response.

“More reporting to the relevant law enforcement agencies can increase investigation and prosecution,” said the CFPB in an update to a 2016 report on the issue.

Banks and credit unions tell police, adult protective services offices or other first responders in fewer than three out 10 times they suspect this kind of harm to seniors.

As of April, 26 states and the District of Columbia have mandated the reporting of suspected elder financial exploitation by bankers, credit union employees and other financial professionals.

Since a year ago June, the federal Senior Safe Act has been aimed at taking away the fear of a variety of financial institutions and professionals they could be sued on privacy and other grounds for releasing personal financial information to authorities on the grounds seniors may be being harmed.

The law does not mandate reporting.

Single Women Are More Likely To Own Homes Than Single Men In Nearly All States
Cryptocurrency Was Sold To State And Local Pensions As ESG
Almost half of Americans think we’re already in a recession. Here’s how to prepare if they’re right
The Future Of Economic And Workforce Development
Stocks making the biggest moves premarket: Intel, Chevron, American Express, Silvergate and more