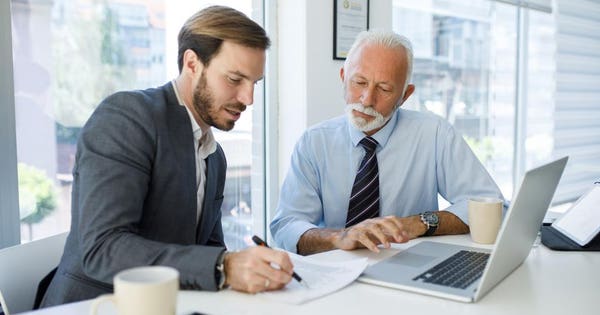 What’s the old saying? If you love something, throw it away and then reintroduce in another tax year? Or something like that? Just as the form 1040 appears to be making a return to a more pre-TCJA-like format, we have another repackaged (sort of) tax form: form 1040-SR, U.S. Tax Return for Seniors.

You may recall rumblings about the form 1040-SR back in December of 2017. The Chairman’s Mark of what we now know as the Tax Cuts and Jobs Act (TCJA) touted a new federal form 1040-SR for use by persons who are age 65 or older. At the time, the form was described “as similar as possible to the Form 1040EZ.” The difference was supposed to be that the use of form 1040-SR would not be limited by taxable income or by certain income types.

And then a funny thing happened: the Internal Revenue Service (IRS) pulled the plug on the familiar form 1040EZ for the 2018 tax year. The newly redesigned form 1040 was intended to replace not only the old form 1040 but also forms 1040A and 1040EZ. More simple, right?

So, for the 2019 tax year, there’s no more form 1040EZ. But there’s no need to keep things simple when you can complicate things further, so a similar form has been resurrected as a new form 1040-SR.

Form 1040-SR didn’t become part of the TCJA. Instead, it was pushed through as part of the Bipartisan Budget Act of 2018, signed the following year (downloads as a PDF). By statute, the law is to be “as similar as practicable to Form 1040EZ” with a few exceptions, notably “only for individuals who have attained age 65 as of the close of the taxable year.”

The proposed version of the 2019 form 1040-SR is two pages long (yes, there are additional schedules). The design is intended to be more senior-friendly with larger font sizes and better color contrast (the funky-colored shading has been removed) to make it easier to read.

You can view the complete 2019 draft version here (downloads as a PDF).

So, will seniors rush right out to snatch up the new final versions of form 1040-SR in the spring? I doubt it.

I have a lot of senior clients. And I’ve heard the complaints that the old forms were hard to read (let’s face it, even those of us under age 65 had problems reading the “postcard-sized” 2018 tax forms). But realistically, many seniors don’t file their tax returns by hand: even the most tech-averse use tax software or hire a tax professional; overall, nearly 90% of taxpayers are expected to use a tax preparer or file electronically.

And while I don’t have exact data on the numbers of seniors filing a return, you can do some extrapolation. In 2016, the last year for which complete data is available, the IRS processed just under 150 million individual tax returns (report downloads as a PDF here). Of those, around 15 million claimed the additional standard deduction, available only to seniors or the blind. That means that approximately 10% of taxpayers might qualify to file form 1040SR. In contrast, more than 25 million taxpayers filed the form 1040EZ before its recent elimination.

Bill Gates says no country ‘gets an A’ for its Covid pandemic response—including the U.S.
What is a ‘rolling recession’ and how does it affect consumers? Economic experts explain
The Fair Tax Act, explained: What to know about the Republican plan for a national sales tax, decentralized IRS
Debt Ceiling Uncertainty Will Wreak Economic Havoc, Even Without Default
Stocks making the biggest moves premarket: Wayfair, Salesforce, Paypal and more